“I Thought They Would Kill Me” 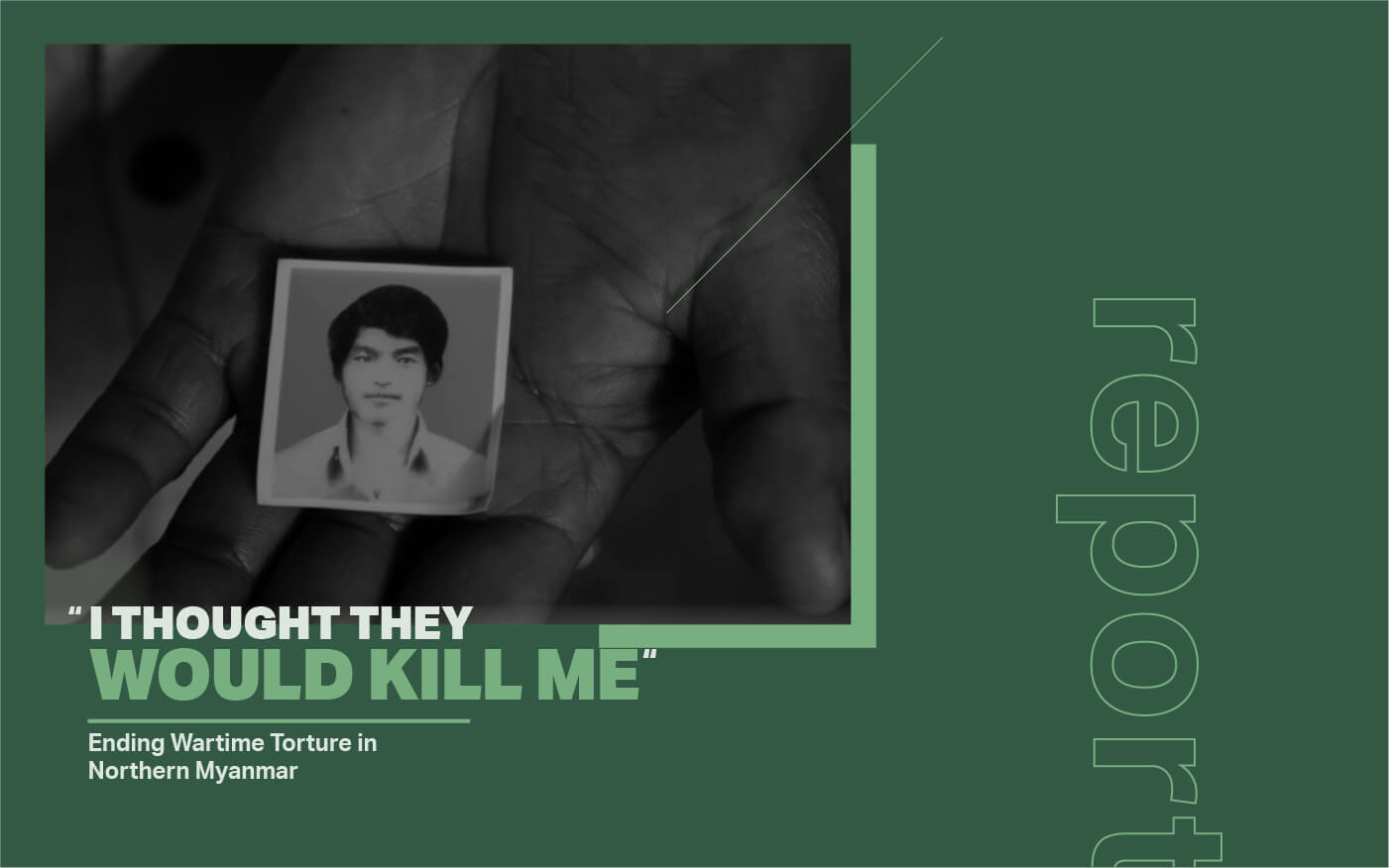 While the international community applauds sweeping political changes taking place in Myanmar, a deadly civil war rages in the north of the country. Since June 2011, more than 100,000 civilians have been displaced to 165 displacement camps in Kachin State and northern Shan State, following renewed fighting between the Myanmar Army and the non-state Kachin Independence Army (KIA).

“I Thought They Would Kill Me”: Ending Wartime Torture in Northern Myanmar documents the systematic use of torture by Myanmar authorities against Kachin civilians from June 2011 to April 2014. Based on 78 interviews conducted by Fortify Rights, it chronicles the torture and other cruel, inhuman, and degrading treatment or punishment of more than 60 civilians by members of the Myanmar Army, Military Intelligence, and the Myanmar Police Force.

Fortify Rights believes the abuses documented in this report may constitute war crimes and crimes against humanity under international law, and it calls on the government of Myanmar to intervene to put an end to the torture, and to credibly investigate and prosecute the perpetrators of these crimes.