Myanmar Student Activist Continues the Fight for Peace and Democracy 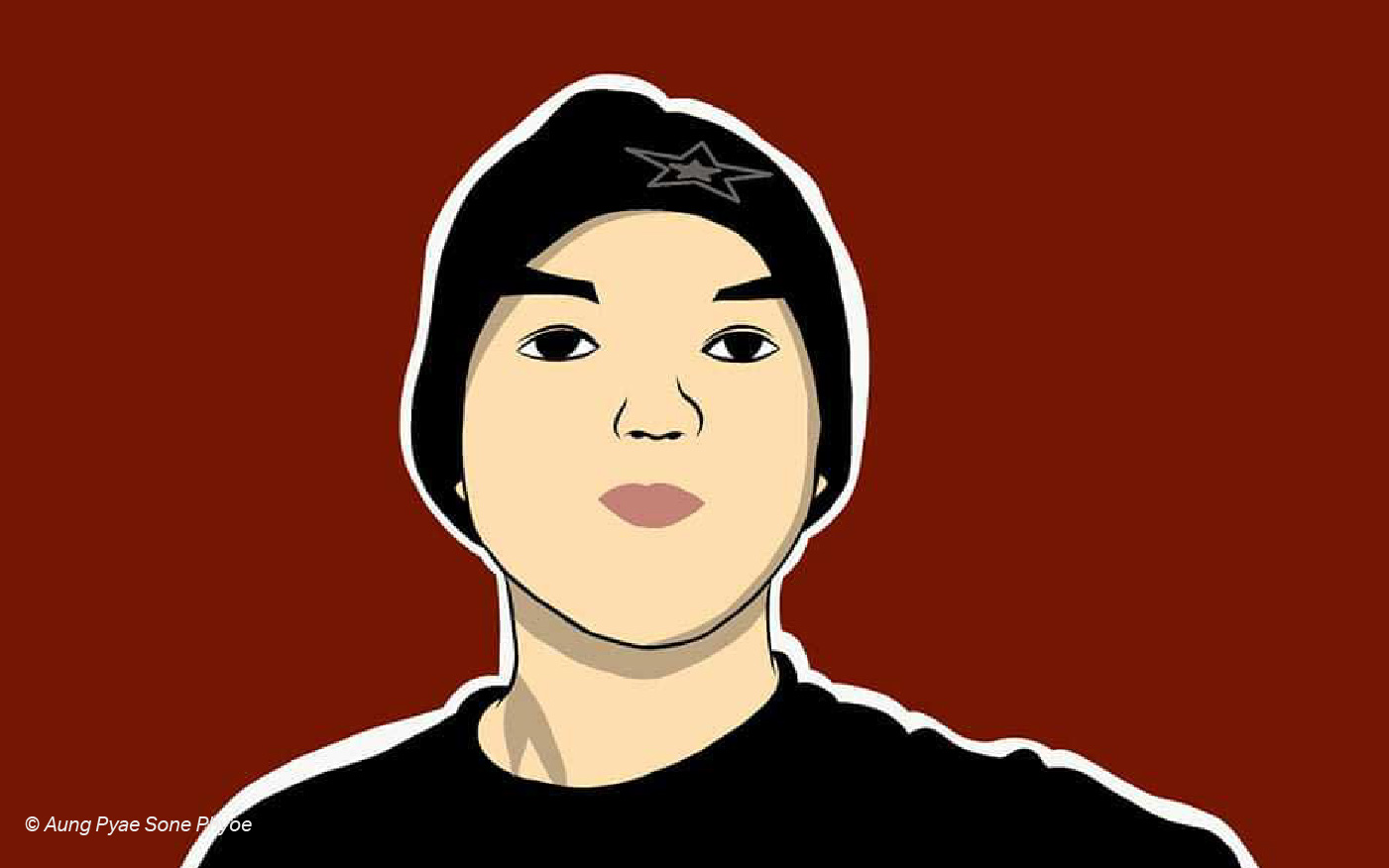 “If we don’t fight for peace and genuine democracy, our generation will be blamed.”

(Yangon, January 28, 2021) – Since September 2020, Myanmar authorities filed criminal complaints against at least 32 student activists for their alleged involvement in peacefully protesting the ongoing conflict and internet shut down in Myanmar’s Rakhine and Chin states. Courts in Myanmar have so far sentenced at least 11 of them to up to seven years in prison. Fearing arrest, at least seven activists are currently in hiding—including Aung Pyae Sone Phyoe.

“I was not involved in the protests in September,” said 20-year-old Aung Pyae Sone Phyoe. “But I am the Vice-Chairperson of the ABFSU [All Burma Federation of Student Unions—a nationwide student organization involved in organizing a series of anti-war protests that led to the government crackdown].

“Next year, I will be a teacher,” Aung Pyae Sone Phyoe said. “I think we need a good educational system in our country, because our education is terrible. I have to change that. Education is an essential part of the country, like the economy or politics.”

“We have been working for five principles: democracy, democratic education, peace, national politics, and safeguarding students’ rights . . .  I would also like us to help people in warzones or conflict areas. I want [the authorities] to release students, politicians, journalists, and other people detained and arrested in prison. We need to end the laws that are against human rights.”

“After the anti-war protest in September 2020], the Myanmar authorities searched about the student union and issued arrest warrants for several protesters, including myself.”

Despite facing reprisals, he said:

“I will never regret it, because if we don’t fight for peace and genuine democracy, our generation will be blamed. The next generation will suffer the consequences. We can’t let that happen.”