Beyond the Coup in Myanmar: The ASEAN Way Must Change 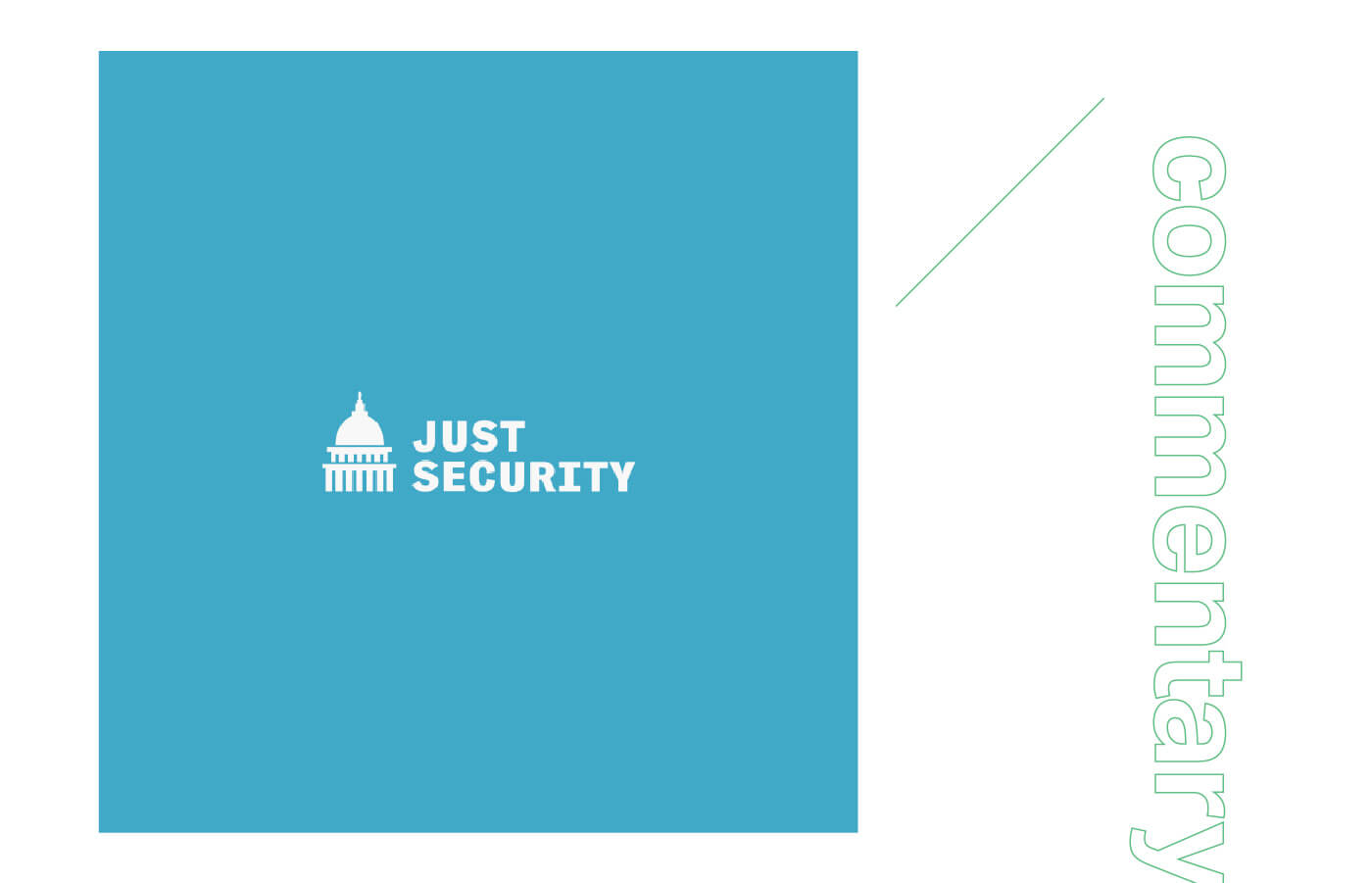 The Association of Southeast Asian Nations (ASEAN) has long failed to meet its aspirations of supporting the rule of law and human rights, instead emphasizing to a fault the principle of non-interference in the “internal affairs” of its members – even when these internal affairs entail mass atrocity crimes. Most recently, this ambivalence has manifested in a lack of concrete actions in response to the coup in Myanmar. This ineffectual reaction underscores what has long been clear: ASEAN must change its approach to the “internal affairs” of its members and recognize that regional stability depends on respect for democracy, human rights, and rule of law within each member.

ASEAN’s Response to the Myanmar Coup

When the Myanmar military attempted to seize all levers of power on Feb. 1 and detained State Counsellor Aung San Suu Kyi, President Win Myint, and scores of others, the Deputy Prime Minister of Thailand, Prawit Wongsuwan, promptly dismissed news of the coup d’état. “It’s their internal affair,” he said. At the height of the junta’s attack on unarmed civilians, on March 27, three members of the Association of Southeast Asian Nations (ASEAN) – Thailand, Viet Nam, and Laos – sent representatives to a military parade in Naypyidaw, the capital of Myanmar, hosted by coup-leader Min Aung Hlaing. On the same day, strong evidence indicates that Min Aung Hlaing’s forces killed more than 100 women, men, and children in a matter of hours.

When ASEAN foreign ministers met in an “informal” meeting on March 2, the first involving the bloc since the power grab, the ministers failed to muster a collective condemnation of the coup, let alone address the systematic killings underway. On April 24, ASEAN held a special summit on Myanmar, inviting Min Aung Hlaing but not representatives of the elected civilian government he overthrew. Without input from such elected officials, the ASEAN leaders reaffirmed the bloc’s commitments “to the purposes and principles enshrined in the ASEAN Charter, including adherence to the rule of law, good governance, the principles of democracy and constitutional government, respect for fundamental freedoms, and the promotion and protection of human rights.” As he stepped out of the meeting, Malaysian Prime Minister Muhyiddin Yassin celebrated the outcomes of the convening by hastily declaring “We have succeeded.” As the leaders met that day and spoke of rule of law, at least 3 people were killed in Myanmar.

The April 24 meeting resulted in ASEAN’s “Five Points of Consensus,” an agreement on five issues to facilitate a peaceful solution for Myanmar’s current crisis. However, there are clear warning signs that the group will fall short of its commitments. ASEAN not only failed again to condemn the coup or call on Min Aung Hlaing to immediately return power to the elected government, it failed to specifically condemn past attacks on civilians and once again evaded holding Min Aung Hlaing accountable for these attacks.

These clumsy, callous approaches are nothing new. They are sadly consistent with traditions of “the ASEAN way”  – a euphemism for a style of regional cooperation that puts national sovereignty first  and that emphasizes “non-interference” in the “internal affairs” of other states. But to ensure continued stability in the region, it is clear the old ASEAN way must change.

R2P versus the ASEAN Way

Specifically, ASEAN should instead commit itself to the Responsibility to Protect doctrine, also known as R2P – and follow through on such commitments with concrete and firm action. R2P is often misunderstood as necessarily entailing the use of military force. In reality, the doctrine offers a host of tools beyond and outside of U.N. Security Council-mandated military intervention.

Adopted unanimously in 2005 at the U.N. World Summit, R2P is a framework with a range of policy options to protect populations at risk of genocide, war crimes, ethnic cleansing, and crimes against humanity. Here, all indications are that since the coup, crimes against humanity – systematic killings and attacks on civilians – have been taking place in Myanmar. With the violence there, ASEAN should be deploying the full array of R2P tools, including economic sanctions, arms embargoes, accountability for crimes, and yes, engagement.

In the past, ASEAN member states have demonstrably eschewed R2P, instead invoking “the ASEAN way” with its blind unwavering adherence to non-interference. The approach is tragically ironic. An ideology fiercely defended for its purported contribution to peace and stability among member states, the ASEAN way has instead become the principal stumbling block to the collective’s ability to effectively respond to matters that threaten regional stability.

Consider the years of atrocities by the Myanmar military against Rohingya in Rakhine State, Myanmar. Hampered by the ASEAN way, the bloc failed to take action in response to the mass atrocities. From 2012 to 2015, more than 170,000 Rohingya refugees were subsequently trafficked to Thailand and Malaysia. Transnational criminal syndicates – including government officials in the region – exchanged hundreds of millions of dollars in a deadly trade in Rohingya lives across the Bay of Bengal, preying on Rohingya desperation. Conditions on the modern day slave-ships were deplorable. Survivors told Fortify Rights of killings, rape, beatings, and other abuses by traffickers on-board while ASEAN government officials turned a blind eye.

Moreover, ASEAN’s repeated failures to deal with atrocities in Myanmar have signaled to the Myanmar military that its neighbors will uphold impunity. This contributed to an unmitigated military-led genocide against the Rohingya in Rakhine State in 2016 and 2017 as well as war crimes elsewhere in the country. ASEAN has stood by and watched over and over again. It should not come as a surprise, therefore, that the military apparently counted on ASEAN’s acquiescence in legitimizing the putsch.

Myanmar is now in its fourth month since the coup. The evidence of attacks on civilians is overwhelming with nearly 800 people, including children, reportedly killed and close to 4,000 arrested. Now a regional humanitarian crisis is also looming with people in Myanmar facing hunger, a financial crisis, and crackdowns on political activity and protests in the wake of the coup – all leading to displacement within the country and refugee flows into Myanmar’s ASEAN neighbors.

In the last week of March, thousands fled across the Salween River in search of safety in Thailand. The Thai Ministry of Foreign Affairs promised “to look after those on the Thai side while assessing the evolving situation and the needs on the ground.” Meanwhile, “on the ground” the Thai authorities quietly pushed refugees back across the border and into a war zone, demonstrating a longstanding government policy to block refugees at the borders.

Sadly, Thailand’s dangerous and inhumane policies and practices towards refugees are not unique within ASEAN. Out of 10 member states, only Cambodia and the Philippines are signatories to the 1951 U.N. Refugee Convention, and refugees throughout the region are subject to arbitrary arrest, indefinite detention, restrictions on their basic rights, and a range of other violations and indignities. As recently as two months ago, in the midst of escalating brutality by Myanmar security forces, Malaysia handed over to the Myanmar Navy more than 1,000 Myanmar nationals despite a court order in Malaysia to halt the transfer. In 2019, when conflict in Rakhine State surged to its peak, Singapore returned to Myanmar seven Myanmar nationals and members of the Arakanese Association of Singapore. Days after being returned, the Myanmar authorities arrested and later charged the seven individuals on trumped-up terrorism offenses.

Moving forward, the concrete actions ASEAN can take are clear. The bloc should recognize the National Unity Government of Myanmar as the legitimate representatives of the country. They should follow through on their stated commitment help put an end to the violence in Myanmar and resolve the crisis. And until that happens, ASEAN should seek to cut off the junta financially through targeted sanctions – including sanctions that would put gas revenues in escrow until democracy is restored – as well as deprive the military of its weapons through arms embargos. These actions would uphold ASEAN’s stated commitment to the “principles of democracy and constitutional government” and to protecting human rights, bringing the old ASEAN way more in line with R2P as well as with the policies of dozens of governments around the world.

R2P in this context would also extend to protections for refugees from Myanmar. ASEAN should leverage its existing regional human rights mechanism – the ASEAN Intergovernmental Commission on Human Rights – to provide guidance on ensuring refugee protections that meet international standards, including developing clearly-defined asylum procedures, preventing refoulement and border rejections, and assuring the right to work. At the very least, ASEAN nations can extend a lifeline to hundreds of thousands of Myanmar migrants already on their soil by offering them a temporary legal status, comparable to Temporary Protected Status (TPS) in the United States.

The ASEAN way has been an achilles heel in the region’s handling of past crises in Myanmar. The regional bloc can seek redemption – and regional security – by demonstrating a collective effort to acknowledge Myanmar’s civilian leaders, disempower the military junta, and protect and provide humanitarian assistance for refugees, internally displaced people (IDPs), and migrants in line with international law that supports the people of Myanmar.

This article was originally published in Just Security here.