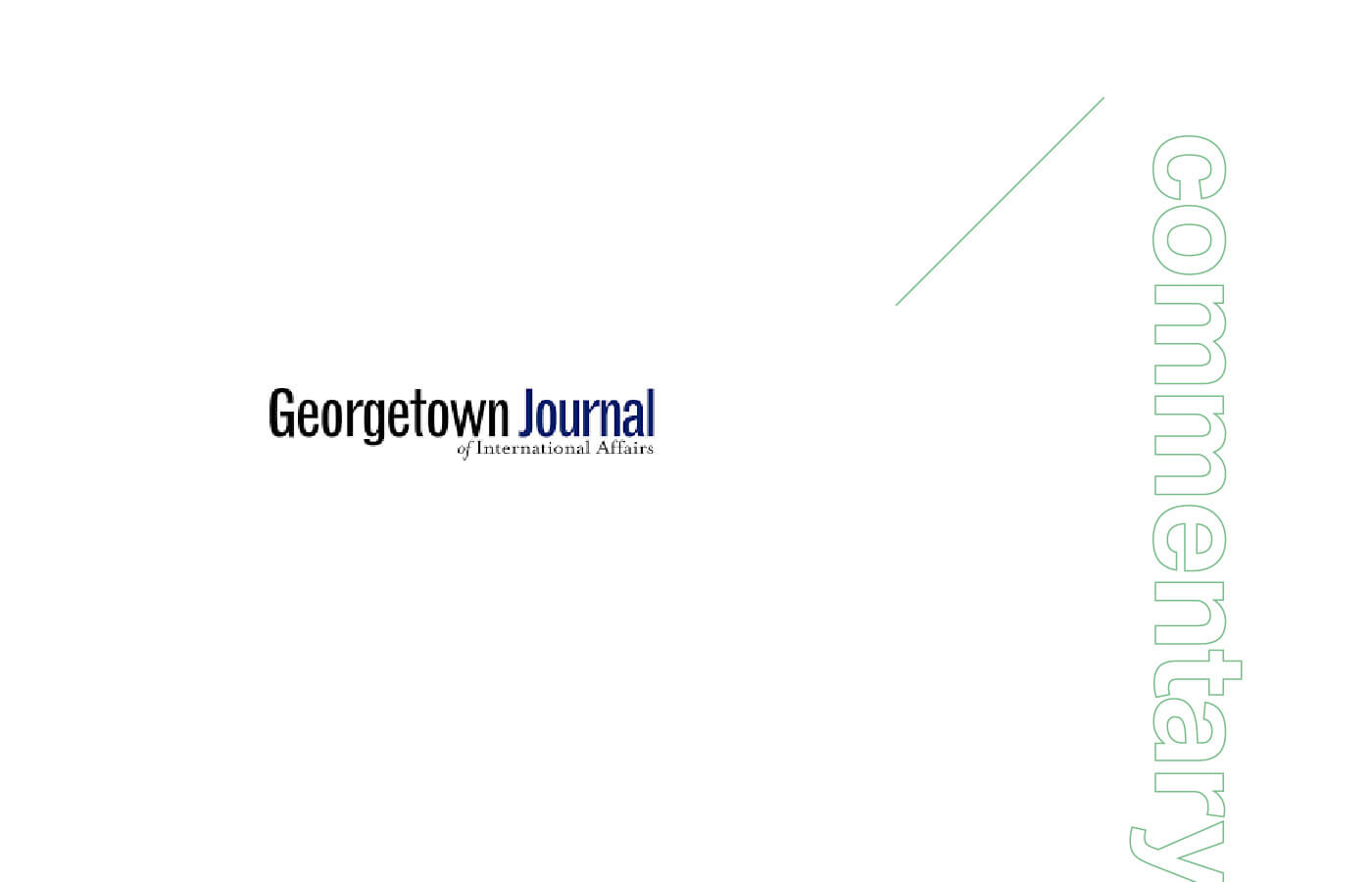 In the presidential debates, American voters have heard Democratic candidates almost unanimously call for the breakup of Facebook, with Senator Elizabeth Warren leading the charge. Only Andrew Yang has taken a slightly different approach, suggesting that “a 20th century antitrust framework will not work. We need new solutions and a new toolkit.”

However, in all the discourse on breaking up the tech giant, not a single candidate has focused on the effect it might have overseas. In principle, Senator Warren and Mr. Yang’s analysis that there are “absolutely excesses” in Big Tech is spot on, but we suggest caution and careful thinking in the presidential candidates’ desire to break up Facebook.

While such divestments may make sense in a U.S.-centric analysis, there could be serious unintended consequences for the rest of the world—particularly the developing world, which is more vulnerable to a mixture of incitement to violence, monitoring of user data, and government-sponsored censorship through Facebook’s ecosystem of apps, as has been shown in Myanmar, Sudan, Sri Lanka, and India.

With his proposed global blockchain currency, Libra, Facebook CEO Mark Zuckerberg is clearly orienting the platform toward an outright emulation of China’s WeChat, as other observers have noted. Owned by Chinese conglomerate Tencent, WeChat provides social media, messaging, and mobile payment functions to over a billion users. An antitrust breakup of Facebook that does not consider WeChat’s growing dominance in Asia would be shortsighted.

One of us was an antitrust lawyer when the Facebook-Instagram acquisition was under anti-trust scrutiny by the press and regulators, and believed at the time that the U.S. government should have blocked the acquisition. Yet, American antitrust law approves almost all mergers that result in lower prices for consumers. However, the cost of providing your personal data for free to Facebook, and Facebook’s ability to leverage that data into a significant competitive ad-vantage over would-be competitors, especially in this new era of artificial intelligence where having lots of user data for training A.I. models is key, are not included in its otherwise “free” platform.

Facebook leverages your personal user data to make money in the form of highly targeted digital ads. These ads constitute a whopping 98 percent of Facebook’s total revenues as of Q1 2019. Facebook’s digital advertising in the West has subsidized essentially all of the platform’s global expansion, including its presence in Asia, where we live and work. The Economist has reported that Facebook earns a mere $11 per user in Asia annually, an order of magnitude less than the $112 per user it earns annually in North America. While Instagram is starting to earn revenues from mobile ads, most of that ad revenue is presumably in the West. WhatsApp hardly earns any revenue at all.

Thus, if antitrust regulators were to force a Facebook breakup, a newly separated Instagram, Messenger, and WhatsApp might face cost pressures, since they would no longer have Face-book’s behemoth advertising revenues to subsidize them. Instagram, Messenger, and WhatsApp would likely have to reduce their presence in Asia, or exit the region entirely, in order to preserve cash flows.

According to U.N. Special Rapporteur David Kaye, Tencent’s WeChat has significantly more problematic policies than Facebook. WeChat freely gives user data to the Chinese government and employs overbroad censorship rules in line with Chinese laws and regulations limiting freedom of expression – as WeChat has shown by blocking Hong Kong-related discussions by both Chinese nationals and Chinese Americans. The company routinely conducts unlawful surveillance in China and monitors and censors political content, infringing on users’ right to freedom of expression.

This is not to say Facebook’s hands are clean. However, if Instagram, Messenger, or WhatsApp were effectively pushed out of Asia, thereby leading to a WeChat takeover, multiple countries would become vassals of a Chinese surveillance state. First, WeChat would funnel user data, including conversations, to the governments of China and Myanmar, as well as sovereigns with weak legislative and judicial systems. Second, WeChat would employ a broad censorship regime that chills freedom of speech and expression. In Southeast Asia, for example, coordinated propagandists and violent actors are not as constrained by civil liberties laws and norms as they are in the United States. Thus, it is not difficult to imagine WeChat funneling user data to rights-violating government actors, who would in turn use the data to crack down on human rights defenders, dissidents, and ethnic, religious, and LGBTQ minorities.

Our organizations, Koe Koe Tech and Fortify Rights, regularly engage Facebook on these is-sues. Currently, Facebook appears to be chastened by its failures, especially in Myanmar. A 441-page report by a U.N. fact-finding mission on Myanmar concluded that Facebook was used to incite violence that amounted to genocide against Rohingya Muslims, in which more than 800,000 were forcibly displaced to Bangladesh. Facebook admitted as much and, in response, the company has been working to improve its hate-speech detection and increase its interactions with civil society. The company recently hired more than 100 content reviewers with facility in Myanmar languages and, in the last year, it took down more than 200 pages, accounts, and groups originating in Myanmar for engaging in “coordinated inauthentic behavior,” defined by the company as occurring “when groups of pages or people work together to mislead others about who they are or what they’re doing.”

Was this enough? Not by a longshot. Major problems with misuse of the platform in Myanmar persist, which is particularly concerning ahead of contentious 2020 national elections in the country. The company has taken steps in the right direction, though.

Moreover, a profit-maximization juggernaut running scared is an insufficient response to the problem. More robust measures are needed. U.S. legislators, led by Senator Markey (D-Mass.), are currently working on draft legislation that could help mitigate hate speech on social media platforms, while being mindful of First Amendment protections of free speech in the United States. The draft legislation would compel Facebook to resolve the issue of online hate speech inciting offline violence, enact privacy protections for users—with the U.S. Federal Trade Commission’s recent fine of approximately $5 billion against Facebook for mishandling personal data of users as a first salvo—and cultivate legitimate freedom of speech and expression for users.

Such regulatory moves are sound and good, but again, potential antitrust regulations may be disastrous if not well thought out.

A central piece of Senator Elizabeth Warren’s presidential campaign is to divest advertisement exchanges from Big Tech, and those advertisement exchanges constitute a whopping 98 percent of Facebook’s total revenues. Senator Warren and other American politicians should carefully consider the global implications of these divestments. Paving the way for a WeChat takeover will almost certainly lead to a degradation in freedoms of speech and expression in Southeast Asia.

The U.S. legal academy remains fixated on the advertisement exchanges. Several legal academics from the top law schools in the country tell us that they do not believe the business models of social media companies should be based on advertising. Maybe so, but if this business mod-el were split up today or in the near future, Facebook’s revenues would crater, likely forcing their exit from many countries. Countries that generate low revenues for Facebook would be first on the list; those same countries already suffer from weak rule of law and widespread mis-use of social media, including by state actors.

A viable alternative could be to compel Facebook to divest Instagram while allowing it to retain its advertisement exchange. Whatsapp, which earns hardly any revenue, needs to be divested carefully, if at all, with regulators considering how it would be financially sustainable without Facebook’s advertisement revenues subsidizing it. A possible path forward could be divesting Whatsapp pursuant to a consent decree—that is, an agreement with no admission of guilt—with the U.S. government recruiting new investors in Whatsapp on the condition that they comply with the consent decree’s requirements to institute content moderation and social media monitoring of hate speech and misinformation.

Ultimately, an antitrust breakup of Facebook may make sense, but regulators, legal academics, and presidential candidates should proceed with grave caution. At the very least, they should take careful measures to ensure that any antitrust breakup of Facebook will not further erode the rights to freedom of speech and expression for hundreds of millions of users in Asia.

This article was originally published in Georgetown Journal of International Affairs here.