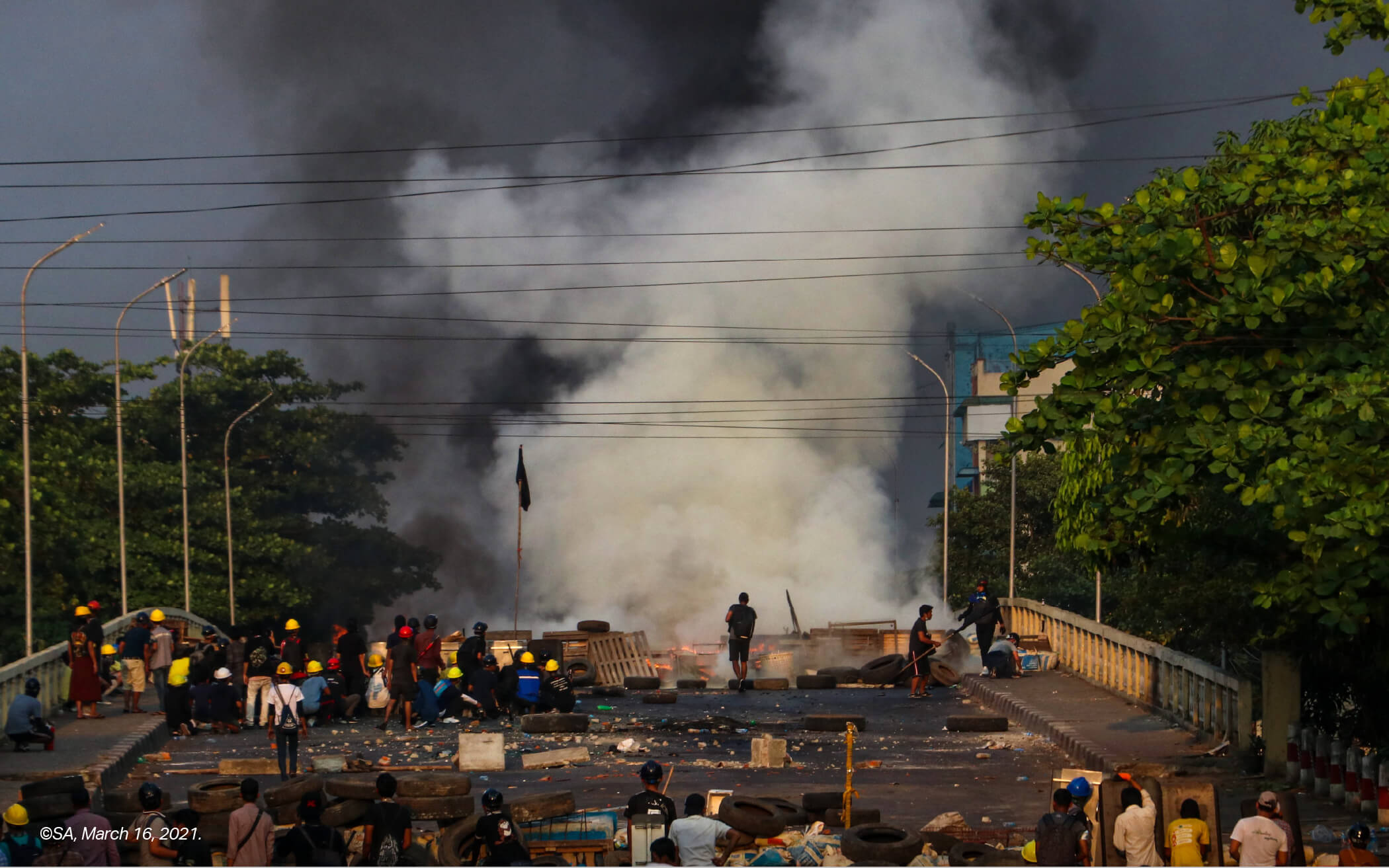 Foreign ministers from ASEAN will meet in Jakarta, Indonesia today to discuss the situation in Myanmar ahead of the annual ASEAN summit of heads of state and government, scheduled from November 10 to 13 in Phnom Penh, Cambodia. As per a decision taken in October 2021, ASEAN will again exclude the Myanmar junta’s representative from today’s meeting due to the junta’s non-compliance with the five-point-consensus plan.

The regional bloc should agree to exclude all Myanmar junta representatives from meetings across all ASEAN mechanisms, said Fortify Rights.

“The longer ASEAN takes to effectively respond to the human rights catastrophe unfolding in Myanmar, the more damage is done to the regional bloc’s international reputation and credibility,” said Patrick Phongsathorn, Human Rights Advocacy Specialist at Fortify Rights. “The five-point consensus has failed, and thousands of civilians have lost their lives in these ongoing attacks. ASEAN foreign ministers know well what’s happening in Myanmar and must act decisively to bring an end to this crisis.”

On Sunday, the Myanmar junta-controlled air force reportedly bombed an outdoor concert being held to celebrate the Kachin Independence Organization’s 62nd anniversary in a village near Hpakant, Kachin State, killing at least 80 men, women, and children, including famous Kachin performing artists, and seriously injuring scores of others. Video footage reportedly shows widespread destruction at the scene. Fortify Rights has not independently confirmed details of the attack but notes that reports of it are consistent with the junta’s ongoing attack on the civilian population, including crimes against humanity and war crimes.

Yesterday, Cambodia—which currently holds ASEAN’s rotating chair—issued a statement noting that the airstrike in Kachin State and other reported airstrikes in Karen State have “not only resulted in worsening the humanitarian situation throughout Myanmar, but also goes against the spirit of the ASEAN Five-Point Consensus and undermining effort [sic] of the Special Envoy of ASEAN Chair on Myanmar to bring progress to its implementation.” The statement fails to identify the junta directly, but instead notes that “all parties concerned, in particular one with significant power on the ground” must commit to an “immediate cessation of violence.”

Sanctioning the sale of aviation fuel to the Myanmar junta would effectively ground the junta’s aircraft, stifling its ability to conduct airstrikes against civilian populations and transport troops to attack these populations in remote locations. The U.N. Special Rapporteur on the situation of human rights in Myanmar, Tom Andrews, and other non-governmental organizations have already recommended sanctions on the sale of aviation fuel to Myanmar.

In April 2021, at another emergency foreign ministers meeting, ASEAN leaders brokered the “Five-Point Consensus” with the Myanmar junta, aimed at putting the nation back on a path to peace following the February 2021 military coup d’état led by Senior General Min Aung Hlaing. The consensus plan includes provisions for the “immediate cessation of violence” and a commitment for all parties to exercise “utmost restraint.”

The Myanmar junta immediately flouted the agreement and has since committed mass atrocity crimes with impunity. Junta soldiers have employed tactics designed to induce terror within Myanmar communities, including beheadings and attacks on civilian populations.

While crimes are being reported nationwide in Myanmar, Fortify Rights is investigating ongoing mass atrocity crimes in Chin State, including killings, enforced disappearances, torture, arbitrary arrest and detention, forced displacement, and other crimes committed by the Myanmar military and police.

Constructive engagement with the Myanmar junta is impossible at this stage in the crisis, and ASEAN must now act to isolate the junta and engage the National Unity Government, Myanmar civil society, and ethnic resistance organizations, said Fortify Rights.

The Myanmar military has consistently enjoyed impunity for its atrocity crimes, is responsible for genocide, crimes against humanity, and war crimes, and has long threatened regional peace and security. Since launching a coup d’état on February 1, 2021, the Myanmar military and police have reportedly killed thousands of civilians and arbitrarily detained more than 12,750 people. The U.N. reports that more than 1.3 million people are internally displaced in Myanmar, with one million displaced since February 1, 2021, and 28,000 civilian properties have been razed since the coup.

In a 193-page report published in March 2022, Fortify Rights and the Schell Center for International Human Rights at Yale Law School documented acts by the Myanmar junta that amount to crimes against humanity, including murder, imprisonment, torture, enforced disappearance, forced displacement, and persecution of civilians.

“The crisis in Myanmar now poses an existential threat to the credibility of ASEAN,” said Patrick Phongsathorn. “The bloc must act now to stop the junta’s atrocity crimes and protect the people of Myanmar.”