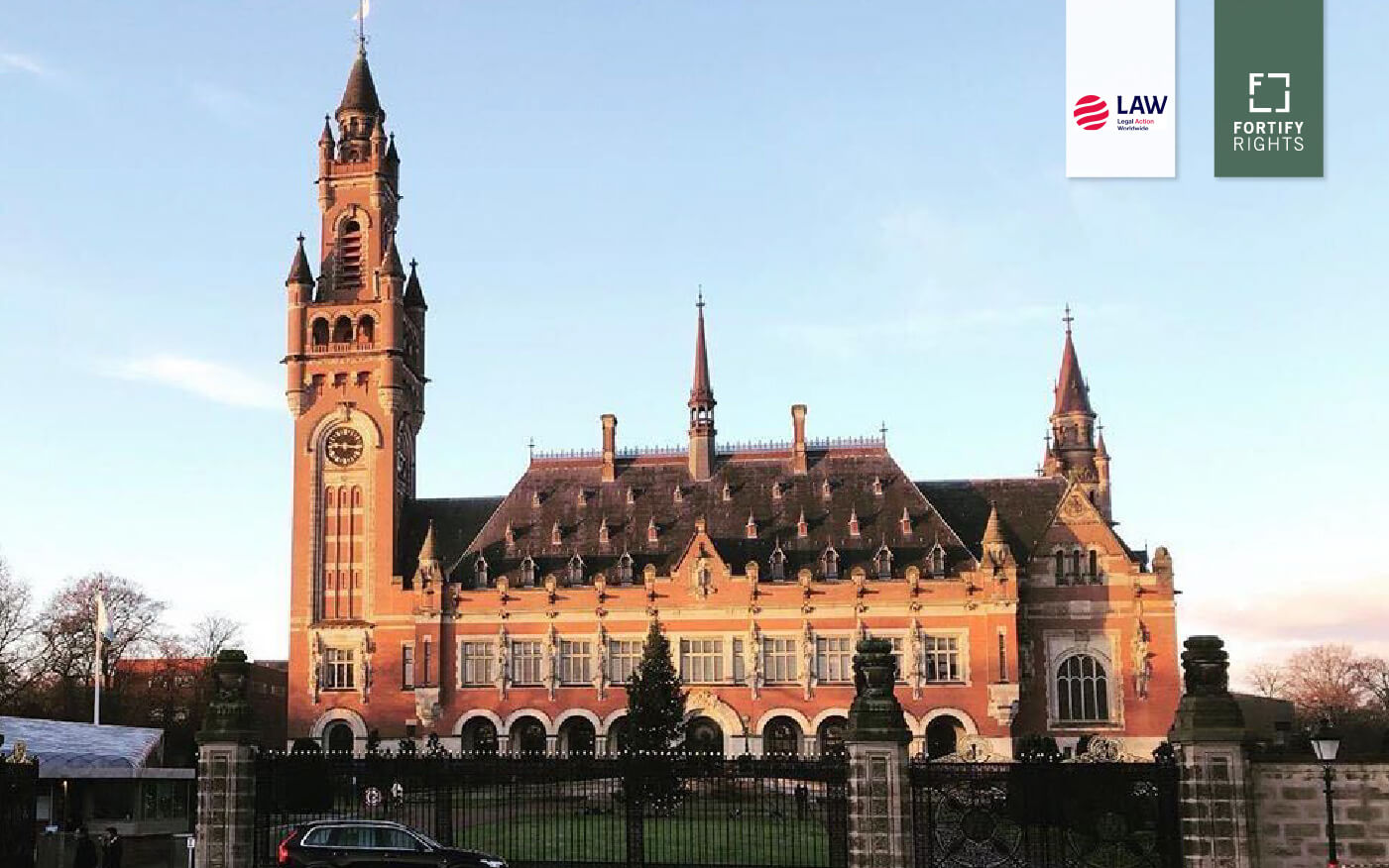 (The Hague, February 3, 2022)—The International Court of Justice (ICJ) should not accept the Myanmar military junta as the representative of Myanmar in the ongoing genocide case in The Hague, said Legal Action Worldwide, Fortify Rights, and the Myanmar Accountability Project in a letter to the president of the Court today. Hearings in the Rohingya genocide case are scheduled to commence in The Hague on February 21, 2022.

Today’s letter follows a statement on Monday by the National Unity Government (NUG)—Myanmar’s civilian government that stands opposed to the junta—clarifying that only Kyaw Moe Tun, Myanmar’s permanent representative to the U.N., is authorised to engage the ICJ on behalf of Myanmar.

Legal Action Worldwide (LAW), which represents more than 500 Rohingya clients, along with Fortify Rights and the Myanmar Accountability Project, said the Court’s acceptance of the Myanmar junta as representing Myanmar at the Court would risk legitimizing the junta’s unlawful seizure of power in a bloody coup d’état on February 1, 2021. The letter explains that any recognition of the junta by the Court would be “inconsistent with the approach taken by other UN institutions” and that the Court should instead recognise the agent appointed by the NUG, which elected parliamentarians established as the Government of Myanmar following the unlawful military coup.

Through outreach conducted by LAW, 807 Rohingya refugees living in the camps in Cox’s Bazar, many of whom were displaced from their homes in Myanmar during military-led “clearance operations” in 2016 and 2017, expressed explicit support for the letter.

Three Rohingya refugees residing in camps in Cox’s Bazar, Bangladesh attended initial hearings in the genocide case, brought by The Gambia against Myanmar, at the ICJ in December 2019. Today, they expressed their anger at the prospect that the Court may recognise the junta.

“At the December 2019 hearing, I was furious at the lies told by Myanmar—but the ICJ judges rejected these lies,” said 23-year-old widow Hasina Begum. “Now, again, the military tries to use the ICJ to seize power in Myanmar—if the Court accepts this, I am scared we will never be able to return to Myanmar.”

On January 23, 2020, the ICJ unanimously indicated legally binding provisional measures in The Hague, requiring the Government of Myanmar to preserve evidence of genocide and to report to the court every six months on its progress implementing the order, among other measures.

Myanmar’s representation before international institutions, including the ICJ, has been in question since the military launched an unlawful military coup d’état in February 2021, during which it imprisoned State Counsellor Aung San Suu Kyi and other senior civilian government figures. In support of its unlawful putsch, the military junta established the “State Administration Council” (SAC) in early February. Not a single U.N. member state nor the U.N. General Assembly have formally recognised the junta-led SAC as the Government of Myanmar.

Were the ICJ to accept the junta to represent the state of Myanmar, the Court would contradict a U.N. General Assembly resolution adopted in December 2021 that rejected the credentials of the junta. Such a move by the Court would “send a terrible message to the people of Myanmar that have clearly rejected military rule,” the organizations said. It would also be in contrast with the Court’s own past precedents—in contexts where the representation of a state is unclear, the Court has been cautious and sought clarification from the parties to the case.

“Rohingya victims and survivors of genocide deserve justice and believe that the ICJ will deliver this. If the ICJ recognises the junta, this calls into question the ability of the Court to independently and impartially address inter-state disputes. It would undermine its role as the principal judicial organ of the U.N. and in promoting the rule of law,” said Antonia Mulvey, Executive Director of LAW which represents more than 500 Rohingya.

LAW, Fortify Rights, and the Myanmar Accountability Project call upon the Court to accept Ambassador Kyaw Moe Tun, the state agent put forth to the Court by the NUG to represent Myanmar at the Court. The NUG has democratic legitimacy and has repeatedly made clear its intention to engage with international justice mechanisms on behalf of the State of Myanmar.

Matthew Smith, Chief Executive Officer at Fortify Rights said: “The Myanmar junta is an unlawful, criminal entity. It would be dangerously misguided for the court to accept the junta as representing Myanmar. This military is attacking the civilian population and perpetrating international crimes with impunity. The court must not legitimise it.”

Chris Gunness, Director of the Myanmar Accountability Project said: “Allowing the murderous military junta to represent Myanmar at the ICJ would send a terrible message to the people of Myanmar who are crying out for international justice. It would also make a mockery of the U.N. General Assembly that last year firmly rejected the credentials of the military, as should the ICJ and instead engage with the NUG.”