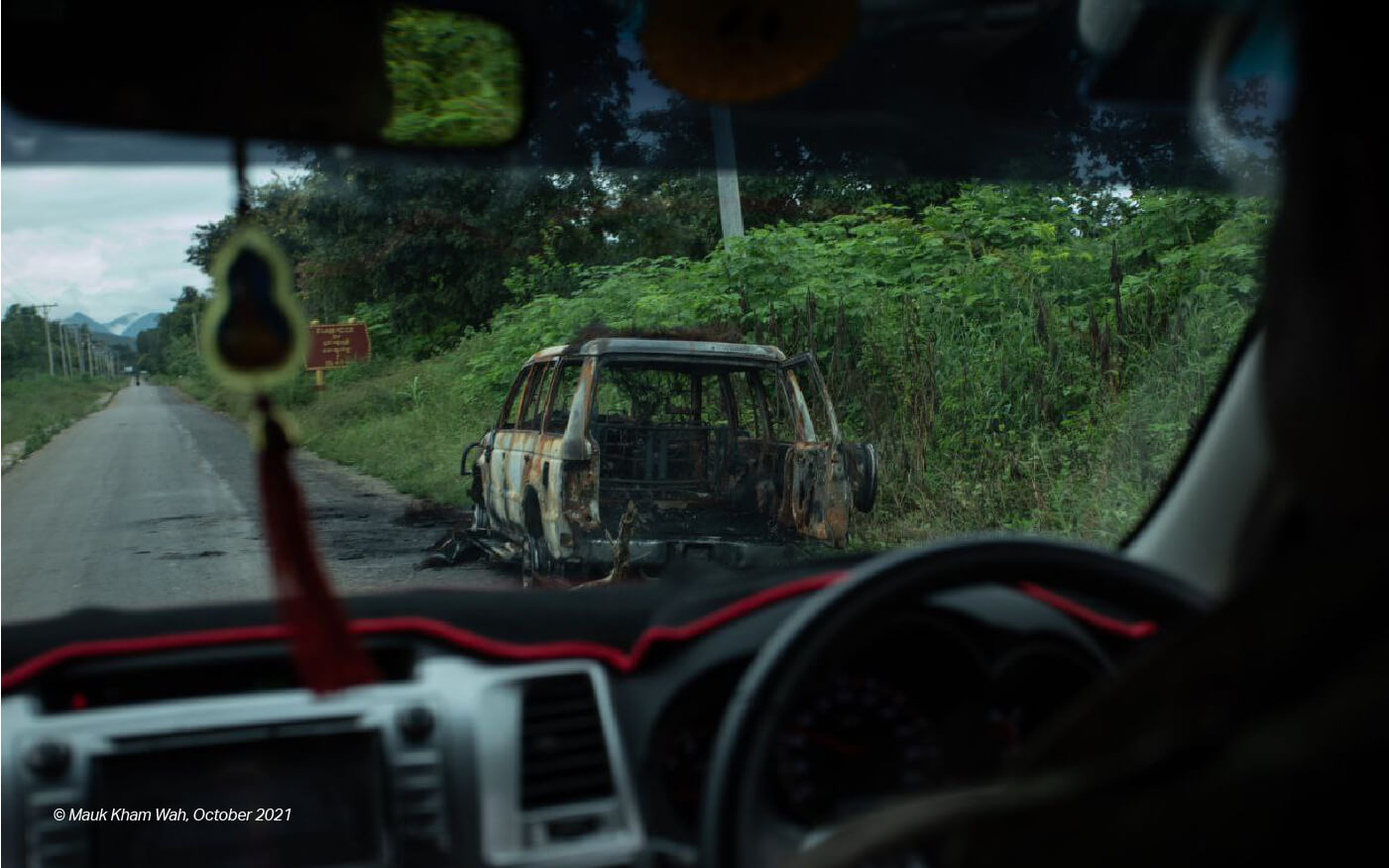 “Blocking aid and targeting humanitarian workers in the context of armed conflict are war crimes,” said Ismail Wolff, Regional Director of Fortify Rights. “The Myanmar junta poses a threat to regional peace and security. U.N. and ASEAN member states should urgently support emergency cross-border aid for the displaced and ensure accountability for the junta’s heinous crimes.”

Since the coup, Fortify Rights documented how the junta killed, tortured, and arbitrarily arrested civilians with impunity, while also using forced labor, including human shielding. The ongoing attacks forced the displacement of more than 100,000 people in Karenni State and more than 223,000 nationally. Rather than facilitate necessary humanitarian aid, the junta has taken concrete steps to deny displaced civilians access to it, including by arbitrarily arresting aid workers.

For instance, on May 27, Myanmar junta forces arbitrarily arrested three aid workers—two women and one man—near Pan Kan Village, Loikaw Township; all three workers were employed by a Myanmar-led organization.

“Until now, they have not been released,” a local aid worker with knowledge of the incident told Fortify Rights. “We are all afraid to work under these conditions, but we do as much as we can.”

Access Denied documents the arbitrary arrests of 14 aid workers in Karenni State. These arrests have created a chilling effect among local and international humanitarian agencies, instilling well-founded fears that the junta may target them for carrying out their legitimate activities.

For example, on June 9, Myanmar Army soldiers destroyed and burned stockpiles of rice stored at a school in Loi Yin Taung Chae Village, in Pekon Township on the Karenni-Shan state border. Aid workers had been using the stock of rice to feed families in a site that shelters approximately 3,000 displaced people. During the same incident, Myanmar Army soldiers also set fire to an ambulance and a nearby private vehicle.

When asked by Fortify Rights whether the Myanmar military is intentionally blocking aid to civilians, one aid worker responded, “I think that’s indisputable.”

In a public briefing on October 1, the acting U.N. Resident Coordinator in Myanmar, Andrew Kirkwood, warned of “significant operational challenges” to humanitarian aid efforts across the country, including “roadblocks.” Various U.N. agencies have documented restrictions on humanitarian aid efforts throughout the country, including in Karenni State.

As recent as mid-October, internal documents of international aid organizations operational in Myanmar, seen by Fortify Rights, describe arbitrary delays in obtaining travel authorizations from the junta to carry out their work, the imposition of military roadblocks, and a worsening security situation in Karenni State and elsewhere. Such actions have led to the delay and denial of emergency humanitarian aid to communities in need.

“Despite having a hideout, we still don’t have water,” said a Karenni man, 39, who fled his home in Kayan Thayar Village in Loikaw Township in May due to Myanmar Army attacks. “[W]e only have enough food available for one or two weeks. We’re feeling insecure and scared, and we don’t know when the next attack will happen.”

“We collect water from the mountains, and we take turns and use it sparingly,” said an ethnic Karenni teacher and mother-of-two who fled from Loikaw. “My youngest [daughter] is scared every time she hears gunshots. She’s haunted by the memories and images of what she experienced.”

The humanitarian situation in Myanmar is compounded by the COVID-19 pandemic, with new positive cases appearing in displacement sites, including 90 cases at two sites in Karenni State, according to the U.N. refugee agency.

For example, “willfully impeding relief supplies” as a method of warfare to starve civilians is considered a war crime. While authorities may implement measures to control the content and delivery of humanitarian aid, international law prohibits acts to deliberately impede the delivery of aid. Any measures imposed by authorities to control humanitarian operations must not result in undue delays to the delivery of aid, impede deployments, or frustrate implementation.

In a 2018 report, “They Block Everything,” Fortify Rights documented the Myanmar military’s similar denial of humanitarian aid to forcibly displaced civilians in Kachin State, where armed conflict has persisted for many years.

The junta’s attack on the civilian population in Karenni State is consistent with reports of similar ongoing attacks in other states and regions in the country, especially Chin State and Sagaing Region, said Fortify Rights.

Late last month, the Association of Southeast Asian Nations (ASEAN) met for the 38th and 39th ASEAN Summits. In a noteworthy shift in its approach to Myanmar, the bloc excluded Senior General Min Aung Hlaing—genocidaire and leader of the February 1 coup d’état in Myanmar—from the high-level meeting, leaving Myanmar’s seat empty.

On October 20, following a two-day visit to Thailand by U.S. State Department Counselor Derek Chollet, the Thai Foreign Ministry announced that the U.S. and Thailand are considering cross-border humanitarian aid to Myanmar via the Thailand-Myanmar border.

Access Denied also recommends that governments outlaw weapons sales to Myanmar, impose targeted sanctions on the military junta to deny it access to finances, and categorically refrain from lending any political legitimacy to the junta.

“Lives are at stake and the entire population of Myanmar is under threat,” said Ismail Wolff. “ASEAN and U.N. member states must take bold action. At a minimum, Thailand and other governments can and should play a constructive, principled role in ensuring aid reaches those in need.”