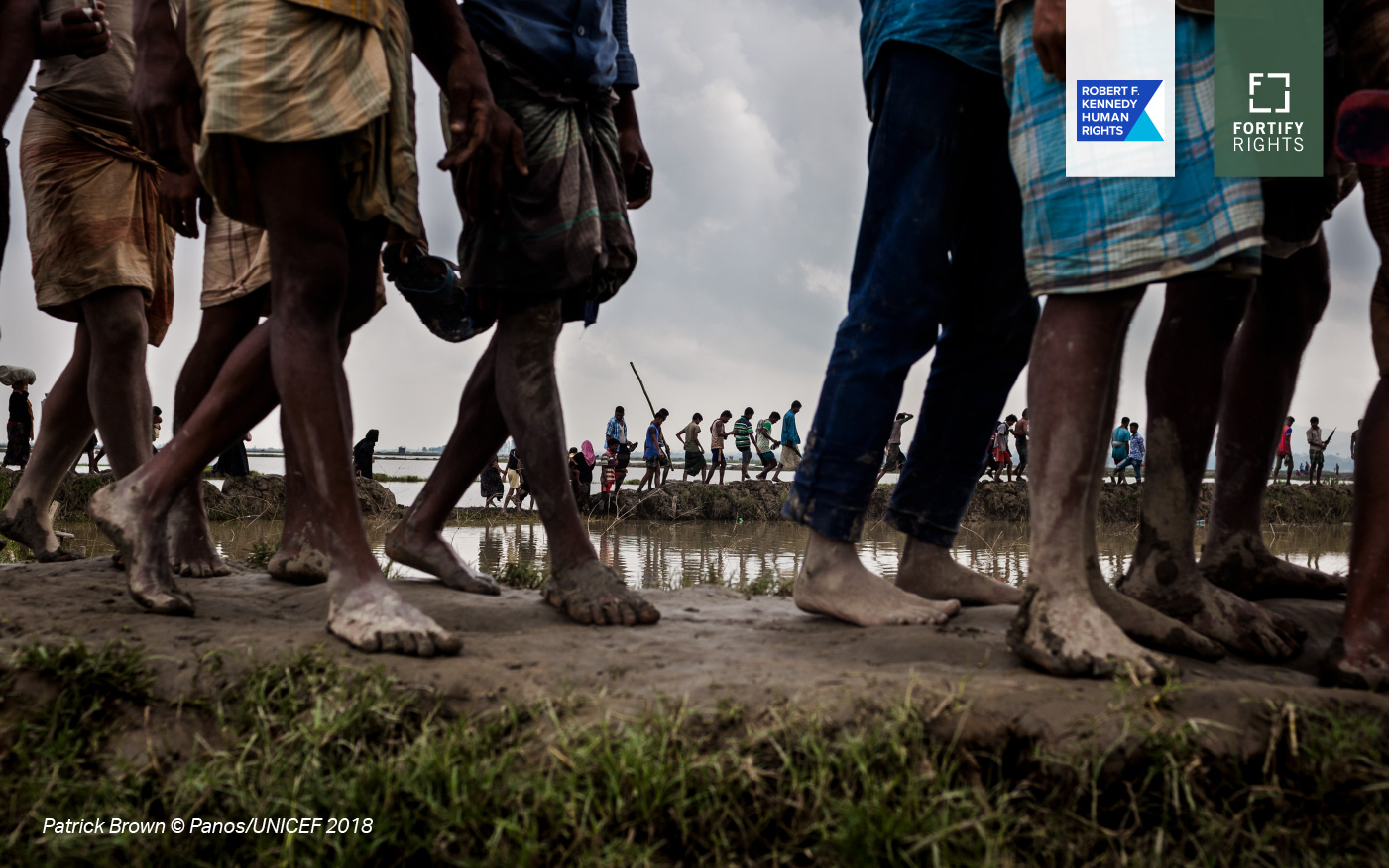 (BUENOS AIRES, September 30, 2021)—A court in Argentina considering a criminal case against Myanmar officials for mass atrocity crimes committed against Rohingya in Myanmar should proceed, Robert F. Kennedy Human Rights and Fortify Rights said in an amicus curiae submitted to an Argentinian court today. If accepted by the Federal Court in Argentina, the case would be the first universal jurisdiction case related to the situation of the Rohingya.

“The court should exercise its authority under universal jurisdiction to ensure justice for crimes committed against the Rohingya,” said Angelita Baeyens, VP of International Advocacy and Litigation at RFK Human Rights. “Pursuing accountability through universal jurisdiction will complement and add to global efforts to end impunity for atrocity crimes in Myanmar.”

In the amicus curiae submitted today to the National Chamber of Federal Criminal and Correctional Appeals in Buenos Aires, RFK Human Rights and Fortify Rights provided expert analysis to the court in support of a petition filed in Federal Court in Argentina on November 13, 2019 by Rohingya activist Maung Tun Khin of the Burmese Rohingya Organization U.K. (BROUK), five other survivors, and two Latin American human rights organizations. The original petition urges the court to investigate, under “universal jurisdiction,” mass atrocity crimes committed with impunity against Rohingya in Myanmar.

Universal jurisdiction enables states to investigate and prosecute crimes under international law, such as crimes against humanity or genocide, regardless of where they occurred. The principle of universal jurisdiction is enshrined in the Argentine national legal framework, including in Article 118 of the Constitution.

Maung Tun Khin and BROUK are represented by Argentine lawyer Tomás Ojea Quintana, a former U.N. Special Rapporteur on human rights in Myanmar from 2008 to 2014 and a founding member of the International Advisory Board at Fortify Rights.

On July 12, 2021, a lower court in Argentina decided not to investigate atrocity crimes committed against the Rohingya in Myanmar. The court ruled that the Argentinian courts were not the appropriate forum to adjudicate the alleged crimes, as the Office of the Prosecutor at the International Criminal Court (ICC) is already investigating crimes against Rohingya.

In the 21-page amicus curiae, RFK Human Rights and Fortify Rights argue that the lower court in Argentina relied on a misunderstanding of the ICC’s principle of complementarity. The principle of complementarity maintains that the ICC is a “court of last resort” and may only exercise jurisdiction when States are unable or unwilling to do so; however, the rule as defined in the Rome Statute of the ICC is that the ICC would refrain from investigating if another State is already investigating, not the other way around. There is no international customary norm to support the lower court’s interpretation of complementarity.

The amicus curiae also explains that if the court were to accept the lower court’s argument, there would still be a variety of international crimes against Rohingya in Myanmar that the ICC is not at present investigating, as it is investigating only the crime of forced deportation.

The original petition filed by BROUK and others in Argentina covers a variety of crimes committed in Myanmar against the Rohingya since 2012, including murder, enforced disappearance, torture, sexual violence, and imprisonment.

On August 17, 2021, as a part of the proceedings in Argentina, five Rohingya survivors of sexual violence testified remotely to the Federal Criminal Appeals Court in Buenos Aires from refugee camps in Bangladesh.

There are more than one million Rohingya refugees in Bangladesh and the Myanmar military junta continues to confine more than 120,000 people, mostly Rohingya, to more than 20 internment camps in five townships in Rakhine State, Myanmar. Like the pre-coup government, the military junta now confines an estimated 500,000 other Rohingya in Myanmar to their villages, denying them citizenship, freedom of movement, and other fundamental human rights.

Since seizing power in February, the Myanmar military junta has killed more than 1,100 women, men, and children and arbitrarily arrested, detained, and charged more than 6,800 people, according to the Assistance Association for Political Prisoners.

In 2018, Fortify Rights published a 160-page report detailing genocide and crimes against humanity against Rohingya during the Myanmar military-led “clearance operations” of 2016 and 2017.

“In seeking justice in all available venues, Rohingya survivors can create a constellation of accountability,” said Matthew Smith, Chief Executive Officer of Fortify Rights. “Universal jurisdiction to prosecute mass atrocities is inherently important but can also have a preventative effect to help stop ongoing violence.”