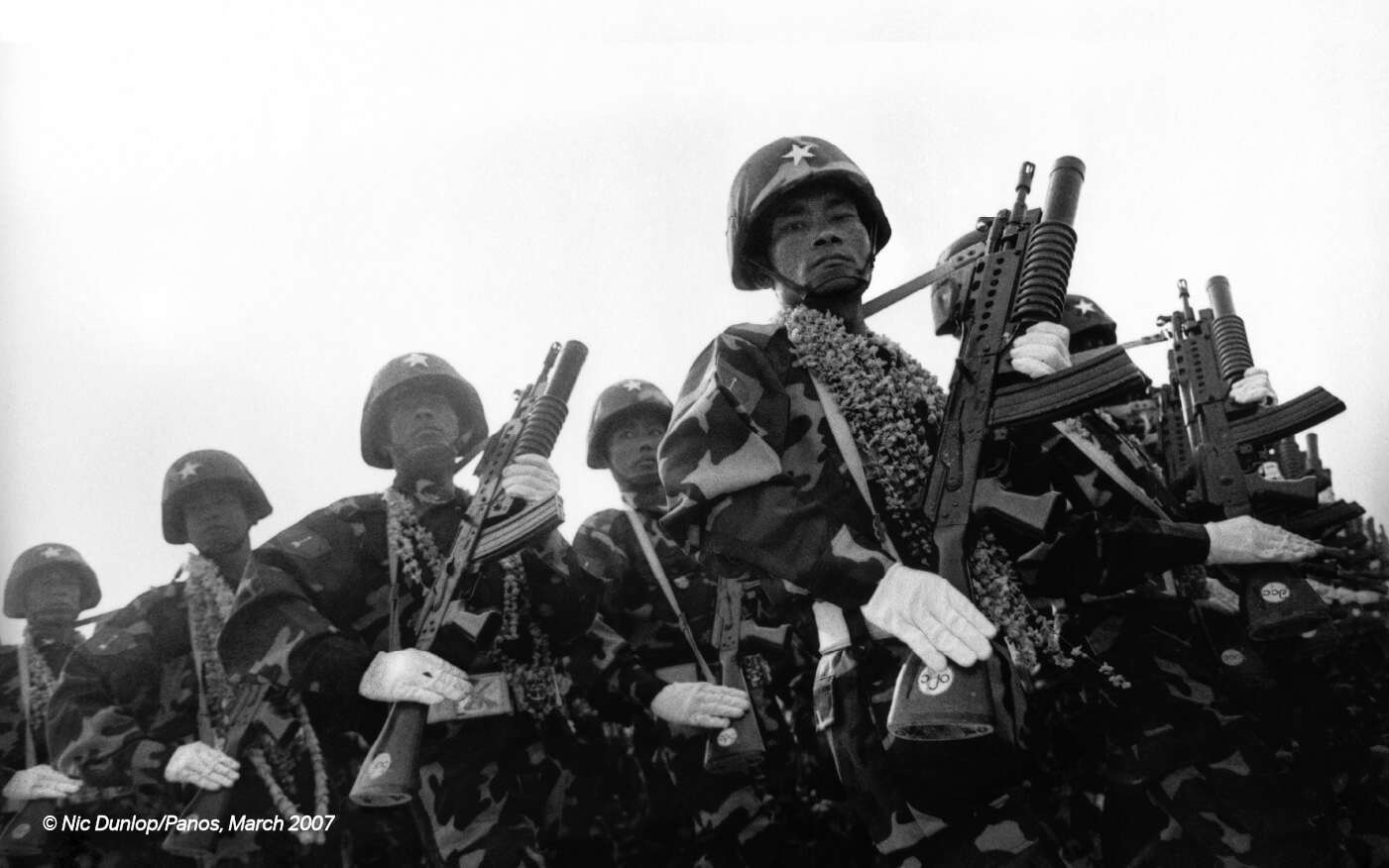 (BANGKOK, August 19, 2021)—The National Unity Government (NUG) of Myanmar can delegate jurisdiction to the International Criminal Court (ICC) to investigate and prosecute mass atrocity crimes that occurred in the country since 2002, according to a legal analysis published by Fortify Rights today. The NUG can do this in two ways: First, by lodging what is known as an “Article 12(3) declaration” with the ICC, and second, by formally acceding to the Rome Statute, the treaty that established the Court.

“The NUG has an opportunity to bring Myanmar significantly closer to justice and accountability,” said Matthew Smith, Chief Executive Officer of Fortify Rights. “Our analysis finds that the NUG can enter Myanmar into the Rome Statute under international law, and U.N. member states would do well to support these efforts.”

The 48-page legal analysis, entitled Ending Impunity in Myanmar, explains how the NUG could address past, present, and future atrocity crimes in the country by issuing a declaration under Article 12(3) of the Rome Statute while also initiating the process to accede to the Rome Statute. An Article 12(3) declaration could provide immediate jurisdiction to the Court to address specific atrocity crimes in Myanmar, including past and future crimes. Full accession to the Statute would further entitle Myanmar to all the rights of a State Party to the Statute.

Fortify Rights recommended the NUG pursue both paths without delay.

“There are limits to the power of spoiler states to block international justice and accountability,” said Matthew Smith. “States that historically protected the Myanmar military from legal accountability would have no direct power to block this. The people of Myanmar are demanding justice, and while it will take time, the NUG can do its part to help deliver it.”

In recent months, Fortify Rights presented the findings of this report to NUG Vice-President Duwa Lashi La and four NUG ministers in separate briefings. Representatives of the NUG have spoken publicly about engaging the ICC since the coup.

Fortify Rights recommended the NUG delegate jurisdiction to the ICC for any atrocity crimes that may have occurred since 2002—the date that the Rome Statute came into force—and all future crimes.

Myanmar’s many diverse ethnic minorities—the NUG’s constituents—collectively comprise a sizable share of the national population. They have faced mass atrocity crimes for decades with little to no access to justice or accountability.

By lodging an Article 12(3) declaration and acceding to the Rome Statute, the NUG could help deter future crimes in Myanmar by requiring military leaders to consider the possibility of prosecution by a neutral international court.

“While these measures alone would not suffice to end and remedy all ongoing atrocities, they would bring the country closer to ending deadly cycles of impunity,” the report says.

As Ending Impunity in Myanmar explains, past practice suggests that governments with some level of international recognition can represent and act on behalf of the state even in situations where the government does not exercise effective control over the territory or people, such as in the case of a coup d’état. The people of Myanmar overwhelmingly recognize the NUG as their democratically elected government, and the NUG already has significant support from members of the international community.

In September, the military junta and the NUG are expected to seek official credentials to represent Myanmar at the United Nations General Assembly. On August 6, U.S. authorities arrested two Myanmar men for allegedly plotting to harm or kill Myanmar’s U.N. ambassador, Kyaw Moe Tun—who denounced the coup at the U.N. General Assembly—unless he stepped down from his position as Permanent Representative of Myanmar to the U.N. On August 9, in a statement, the Myanmar junta denied any involvement in the plot but demanded the U.S. extradite Ambassador Kyaw Moe Tun in order to prosecute him for high treason.

Successfully engaging the ICC in the ways outlined in this report would help confer deserved political legitimacy on the NUG. It would also help deny the Myanmar junta political legitimacy, which is “crucial for promoting and protecting human rights and preventing atrocity crimes,” said Fortify Rights.

The Rome Statute is a multilateral treaty that came into force in 2002, providing the legal framework to establish the ICC in The Hague, the Netherlands. The ICC has the authority to investigate and prosecute mass-atrocity crimes as a “court of last resort”—that is, in situations in which the home state is unwilling or unable to investigate and prosecute atrocities. There are 123 States Parties to the Rome Statute of the ICC.

By ratifying or acceding to the Rome Statute, states may delegate their jurisdiction to the ICC to prosecute individuals responsible for atrocities committed on their territory or by their nationals. For states that have not delegated jurisdiction to the Court, the ICC can only consider situations referred by the U.N. Security Council. For years, China and Russia have effectively blocked any meaningful action by the Security Council in response to atrocity crimes in Myanmar.

On February 1, 2021, Senior General Min Aung Hlaing and the Myanmar military overthrew the elected Government of Myanmar in a coup d’état. The junta immediately arrested President Win Myint, State Counsellor Aung San Suu Kyi, and other senior civilian leaders. The military and police have since killed more than 900 men, women, and children—primarily peaceful protesters—and imprisoned several thousand others for opposing the junta’s rule.

The junta has also systematically attacked and arrested health workers and destroyed medical equipment and facilities, exacerbating the deadly effects of the COVID-19 pandemic.

“Atrocity crimes” are the gravest crimes under international law, defined as genocide, crimes against humanity, and war crimes.

In recent decades, the Myanmar military forcibly displaced millions of ethnic civilians, razed thousands of ethnic villages, and raped, tortured, killed, and imprisoned untold numbers of people, young and old. The military is responsible for committing genocide and crimes against humanity against Rohingya Muslims in Rakhine State, according to several governments and non-governmental organizations, including Fortify Rights, the U.S. Holocaust Memorial Museum, the U.N. Fact-Finding Mission on Myanmar, the Government of The Gambia—which is suing Myanmar at the International Court of Justice for failing to uphold its obligations under the Genocide Convention—and others.

Since February 1, in addition to killing hundreds of peaceful protesters, the military has launched offensives in several ethnic states. It has deployed heavy artillery and airstrikes, particularly in Karen, Kachin, and Karenni states, killing and injuring civilians and displacing more than an estimated 177,500 people between February and June 2021, according to the U.N.

Ending Impunity in Myanmar recommends that U.N. Member States acknowledge the NUG as the legitimate Government of Myanmar and support its credentials at the U.N.

“Experience told the Myanmar military that they could perpetrate mass atrocities without consequences,” said Kerry Kennedy, President of Robert F. Kennedy Human Rights and member of the Fortify Rights International Advisory Board. “It is our job to prove them wrong.”