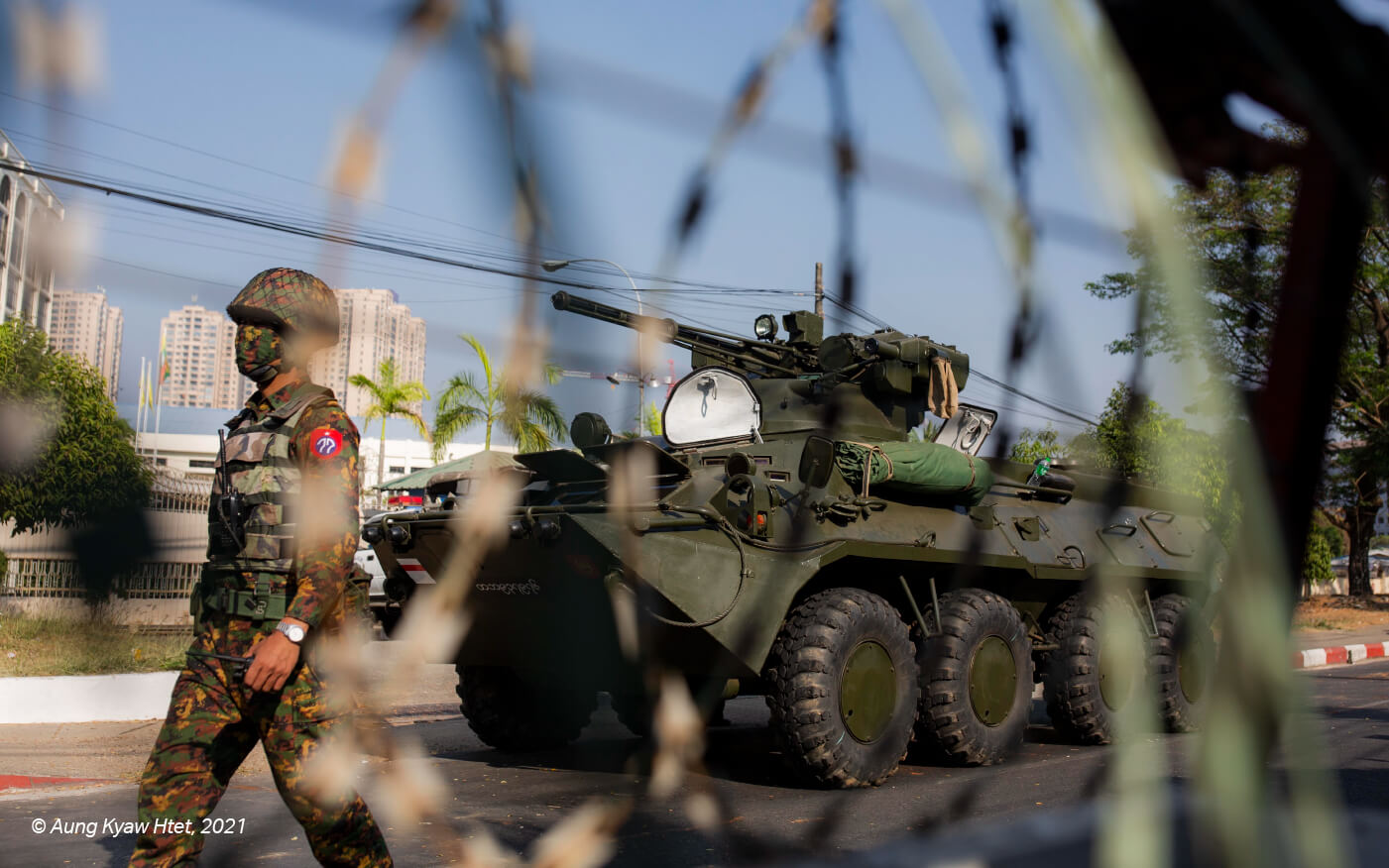 (BANGKOK, July 22, 2021)—The United Kingdom government should implement recommendations made by the Foreign Affairs Committee and urgently draft a U.N. Security Council resolution to impose a global arms embargo and sanctions against the Myanmar military to deprive it of weapons and financial resources, said Fortify Rights today.

On July 16, the British parliament’s Foreign Affairs Committee published its report on the U.K. government’s response to the Myanmar crisis. The 30-page report stems from the Myanmar military’s attempted coup d’état on February 1 and subsequent deadly crackdown on peaceful protesters and others. It makes 30 recommendations to strengthen U.K. leadership on addressing the human rights catastrophe unfolding in Myanmar.

Since February, the Myanmar army and police have killed more than 900 people and imprisoned more than 5,000. Since the military seized power, its forces have arbitrarily arrested, beat, and killed medical professionals and destroyed medical supplies and facilities, leaving Myanmar’s healthcare system in disarray as COVID-19 spreads throughout the country.

“As the U.N. Security Council’s ‘penholder’ on Myanmar, the U.K. is in a unique position to provide decisive leadership on this crisis,” said Ismail Wolff, Regional Director of Fortify Rights. “With increasing violence as well as mounting COVID-19 cases and deaths, the situation in Myanmar requires urgent international action.”

The committee’s report is the culmination of an urgent inquiry launched on April 29, 2021 into what Committee Chair Tom Tugendhat described as the “flagrant human rights abuses and killings” occurring in Myanmar since the February 1 coup d’état.

As a result of Security Council inertia, on June 18, the U.N. General Assembly took the rare step of issuing its own non-binding resolution calling for an arms embargo against Myanmar. The resolution enjoyed widespread international support, with 119 member states voting in favor of it and only one, Belarus, voting against it.

The Foreign Affairs Committee report also calls on the U.K. government to use its new status as an Association of Southeast Asian Nations (ASEAN) Dialogue Partner as well as its recently announced strategic “tilt” toward the Indo-Pacific arena to pressure regional powers to act.

Fortify Rights noted in its submission to the committee that Singapore continues to extend banking services to the Myanmar military junta. As a global leader in banking and financial services, the U.K. could compel banking institutions dealing in pound sterling, including those in Singapore, to comply with U.K. sanctions against the Myanmar junta thereby cutting off a major source of revenue.

The committee also recommended that the U.K. government “use its diplomatic influence to encourage border countries such as Thailand . . . to accept more refugees from Myanmar, and to meet their commitments of non-refoulement.”

In its findings, the committee also noted that the NUG “comprises the legitimate representatives of the people of Myanmar.” The committee urged the U.K. government to do more to support the NUG in ensuring long-term peace and an end to the impunity that continues to embolden the junta.

“The U.K. urgently needs to level up its response to the Myanmar crisis,” said Ismail Wolff. “People in Myanmar and across the world are calling out for international action to end the bloodshed. The U.K. government is in a unique position to effect change, and the Foreign Affairs Committee has set out a comprehensive road map of actions that the government would do well to follow.”