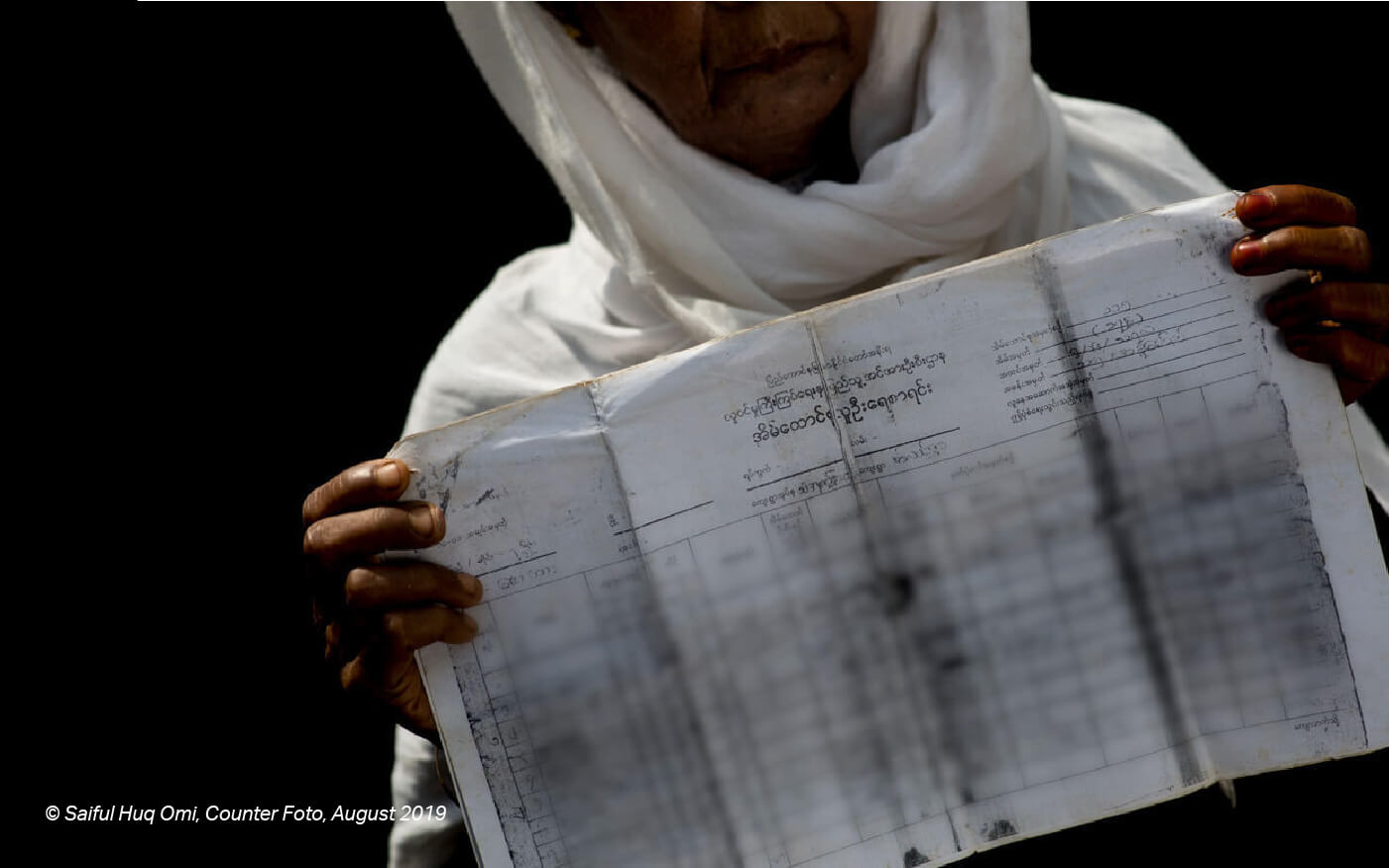 (BANGKOK, June 3, 2021)—The National Unity Government (NUG) of Myanmar should appoint an ethnic-Rohingya representative to help it implement and expand upon its new policy on the rights of Rohingya people, Fortify Rights said today.

“This is an important moment for the Rohingya people and Myanmar as a whole,” said Matthew Smith, Chief Executive Officer of Fortify Rights. “This new policy establishes a foundation for the future realization of Rohingya rights in Myanmar, and for a more unified path to democracy.”

The statement commits the NUG to ensuring justice and accountability for crimes against Rohingya in Myanmar.

“We will actively seek justice and accountability for all crimes committed by the military against the Rohingyas and all other people of Myanmar throughout our history,” the statement reads. “We intend if necessary to initiate processes to grant [the] International Criminal Court jurisdiction over crimes committed within Myanmar against the Rohingyas and other communities.”

The NUG committed to “abolishing” the National Verification Card process, which is coercive and requires Rohingya to identify as foreigners. The NUG further committed to ensuring citizenship rights based “on birth in Myanmar or birth anywhere as a child of Myanmar citizens,” which would effectively restore or grant full citizenship rights of all Rohingya people and others.

The NUG also affirmed its commitment to “voluntary, safe, and dignified repatriation” of Rohingya refugees to Rakhine State.

The NUG cabinet presently does not include any Rohingya representatives. Established on April 16 by elected legislators and others ousted in the February 1 military coup d’état, the NUG is comprised of 26 ministers and four executives, including State Counsellor Aung San Suu Kyi and President Win Myint, who both remain imprisoned by the military junta.

“The NUG should appoint a Rohingya envoy to liaise with Rohingya people and to ensure Rohingya concerns are adequately represented and addressed by the cabinet,” said Matthew Smith. “This new policy is a positive first step in that direction.”

In addition to appointing a Rohingya representative, the NUG should continue to prioritize meaningful consultation with Rohingya people globally, including Rohingya women, said Fortify Rights.