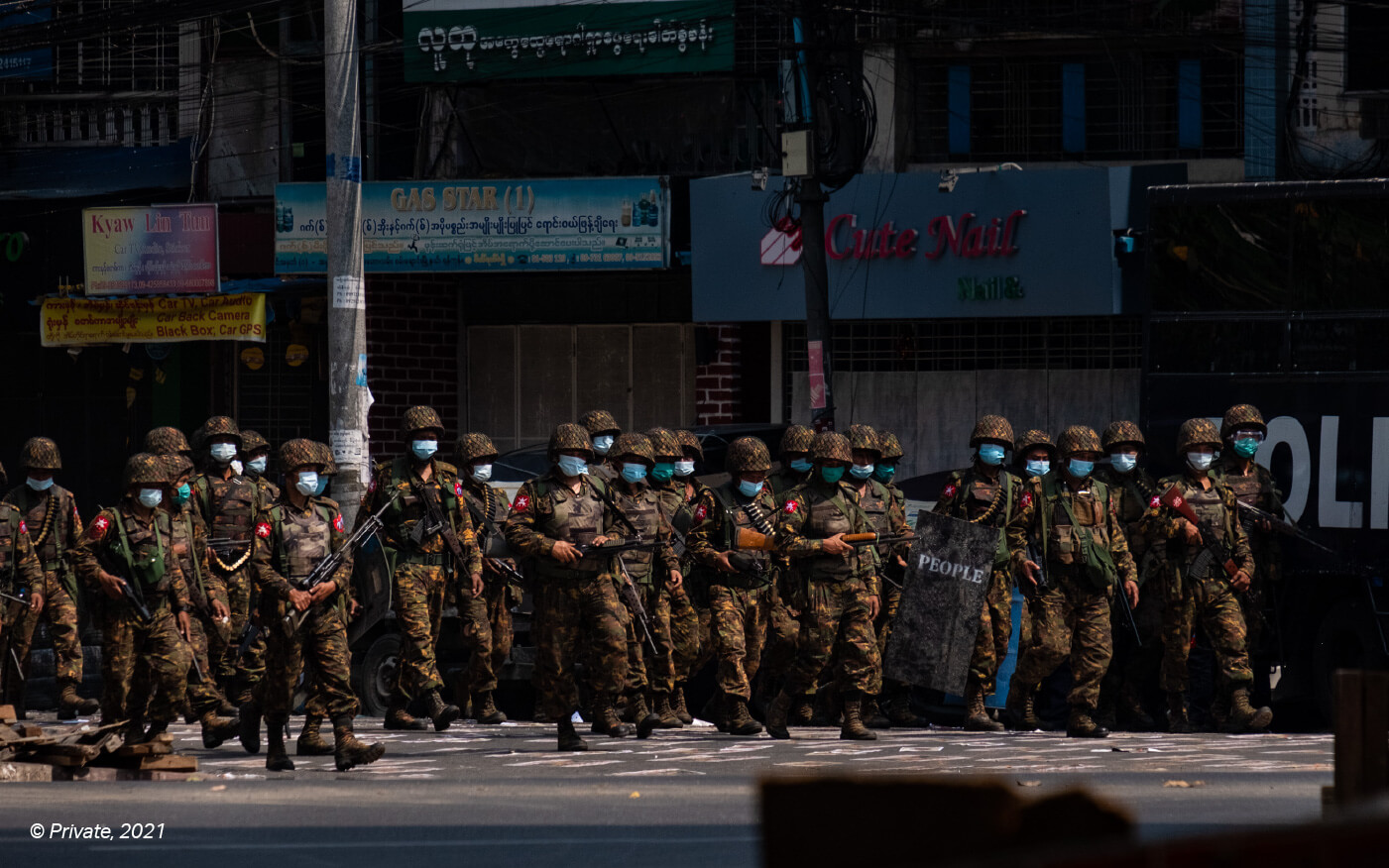 (BANGKOK, March 4, 2021)–The Myanmar military junta must immediately end its deadly nationwide attack against nonviolent protesters and return power to the elected government, Fortify Rights said today. The junta’s forces killed at least 61 people in at least seven regions and states throughout the country since a February 1 coup d’état, according to various sources. Yesterday alone, soldiers and police reportedly killed at least 38 people.

On Friday, the U.N. Security Council will convene in New York City to discuss the situation in Myanmar.

Since February 27, the Myanmar military and police have dramatically escalated the use of excessive and lethal force against unarmed protesters in almost all of the country’s 14 states and regions.

According to Tom Andrews, the U.N. special rapporteur on the situation of human rights in Myanmar, the junta’s forces killed at least 23 people from early February to March 1. Yesterday, the military and police killed an additional 38 people, according to the U.N. Special Envoy on Myanmar Christine Schraner Burgener.

The police and military killed men, women, and children. Victims included students, a carpenter, an engineer, a teacher, and others.

In two videos filmed yesterday and shared online, two bloodied, lifeless bodies lay on a street reportedly in Monywa, Sagaing Region. In one clip, two police officers drag one of the bodies down the road; in another clip, four officers carry a body down the same road.

In another video reportedly filmed in North Okkalapa in Yangon, a dozen police officers surround a man and escort him out of a building and onto a street. A gunshot then rings out, and the man collapses to the pavement. An officer then kicks the man’s lifeless body, and then another officer drags the body away.

The similar use of excessive and lethal force by security forces in towns and cities throughout the country demonstrates coordination between units and an overarching national strategy, said Fortify Rights. All military and police in the chain of command should be held liable for crimes committed against the people of Myanmar.

The junta has also arbitrarily arrested, charged, or sentenced at least 1,498 people since the February 1 coup, according to the Assistance Association for Political Prisoners, a human rights organization monitoring arrests and detentions in Myanmar.

On March 1, the Committee Representing the Pyidaungsu Hluttaw, comprising elected members of parliament, declared the SAC a “Terrorist Group” for its “atrocities and acts of terrorism.”

Speaking at the U.N. General Assembly on February 26, Myanmar’s ambassador to the U.N., Kyaw Moe Tun, told member states that he represented the elected government of the National League for Democracy and called on the international community to use “any means necessary to take action” against the military to help “restore the democracy,” adding: “We need further strongest possible action from the international community to immediately end the military coup, to stop oppressing the innocent people, to return the state power to the people, and to restore the democracy.”

The U.N. Security Council should impose a global arms embargo against the Myanmar military, sanctions against Myanmar military individuals, entities, and assets, and refer the situation in Myanmar to the International Criminal Court, said Fortify Rights. Failing that, the U.N. General Assembly should hold an emergency special session to address the crisis.

“Soldiers and police in Myanmar are behaving like death squads and committing grave human rights violations,” said Ismail Wolff. “The world must take immediate action. There is no way out of this other than a complete repudiation of the coup and the junta.”