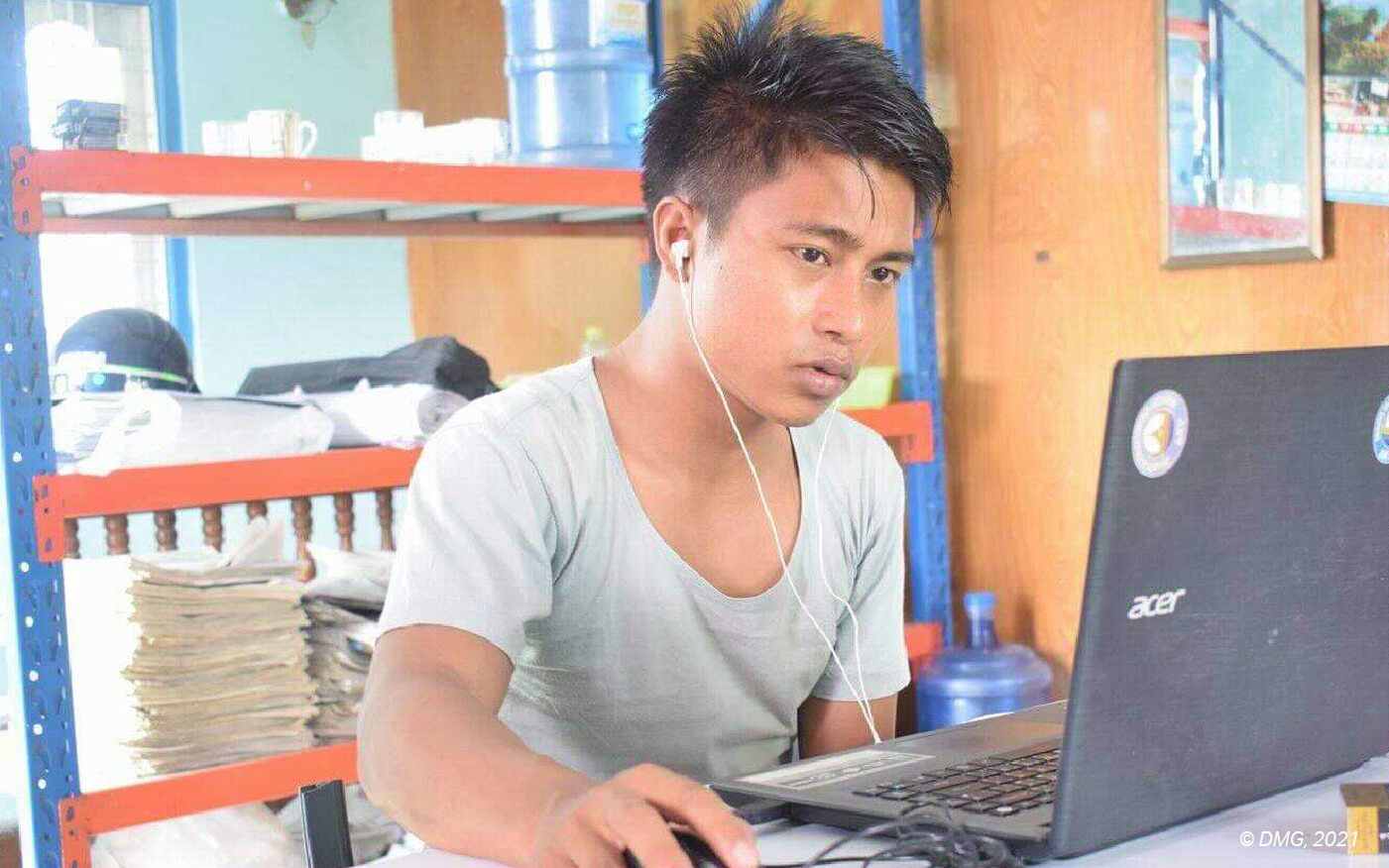 Two other DMG staff members—journalist Aung Kyaw Min, 40, and founder of DMG Aung Marm Oo, 40—are also currently facing criminal charges brought against them by Myanmar authorities in December 2020 and May 2019, respectively.

“There is no room for criminal defamation laws in a rights-respecting country,” said Ismail Wolff, Regional Director of Fortify Rights. “Journalism is not a crime. These cases are yet another attempt to silence efforts to expose the truth of human rights violations happening in Rakhine State.”

The Sittwe-based DMG is an ethnic-Rakhine-led media outlet reporting on human rights violations and other news in Rakhine State and other parts of the country.

On January 22, Major Phone Myint Kyaw filed a criminal complaint at the No. 2 Police Station in Sittwe Township alleging that journalist Hnin Nwe and Nay Win San, editor-in-charge of the DMG, violated Section 66(d) of Myanmar’s Telecommunications Law. The Myanmar authorities requested the pair to report to the No. 2 Police Station in Sittwe today as part of the police investigation.

Section 66(d) of the Telecommunications Law prohibits “extorting, defaming, disturbing or threatening to any person by using any telecommunications network.” Violations carry sentences of up to two years’ imprisonment and/or a fine of up to one million Myanmar Kyat (US$751).

Maung Win of the Department of Roads and Bridges Management in Maungdaw Township filed a complaint at the Maungdaw Township Police Station in Rakhine State on December 13, 2020 alleging that Aung Kyaw Min violated Section 66(d) of the Telecommunications Law. The allegations stem from an article published on December 11 by DMGthat reported complaints about local government failures to repair a broken bridge in Maungdaw, Rakhine State. The case against Aung Kyaw Min is still under police investigation, and the trial has yet to begin.

Aung Marm Oo, also known as Aung Min Oo, also faces up to five years in prison and a fine after the Special Branch Police, operating under the Ministry of Home Affairs, filed a complaint at the Sittwe Myoma Police Station No. 1 in Rakhine State on May 1, 2019 alleging violations of Section 17/2 of the Unlawful Association Act.

“I wonder if the military is deliberately imposing various restrictions on DMG, disrupting the media and intimidating journalists and editors,” Aung Marm Oo told Fortify Rights. “I sometimes wonder if the government and the military are deliberately collaborating to impose restrictions on DMG so that we can no longer continue to operate, and so that DMGcannot stand as a news organization.”

In March 2020, the Ministry of Transport and Communications (MOTC) directed telecommunications operators to ban 221 websites, including ethnic media outlets DMG, Narinjara, and Karen News, and several Rohingya-led news sites. The Myanmar government cited no reasons for targeting specific outlets nor did it provide a legal basis for the directive. Section 77 of the Telecommunications Law provides that the MOTC “may, when an emergency situation arises to operate for public interest, direct the licensee to suspend a Telecommunications Service, to intercept, [or] not to operate any specific form of communication . . .”

Aung Marm Oo founded DMG on January 9, 2012, and it was based on the Thailand-Myanmar border before registering in Myanmar and moving to Sittwe and Yangon in January 2014. DTV Daily News Programme and the bi-monthly Development News Journal operate under the DMG. DMG publishes in English and Burmese languages.

Under international law, restrictions on freedom of expression are permissible only when provided by law, proportional, and necessary to accomplish a legitimate aim. Criminal penalties for defamation, including imprisonment, constitute a disproportionate punishment that infringes on the right to freedom of expression.

“The Government of Myanmar should immediately and unconditionally release all journalists arbitrarily detained for engaging in legitimate activities as members of the press,” said Ismail Wolff. “Section 66(d) of the Telecommunications Law is an abusive law and must be repealed or amended to bring it into line with international human rights standards.”