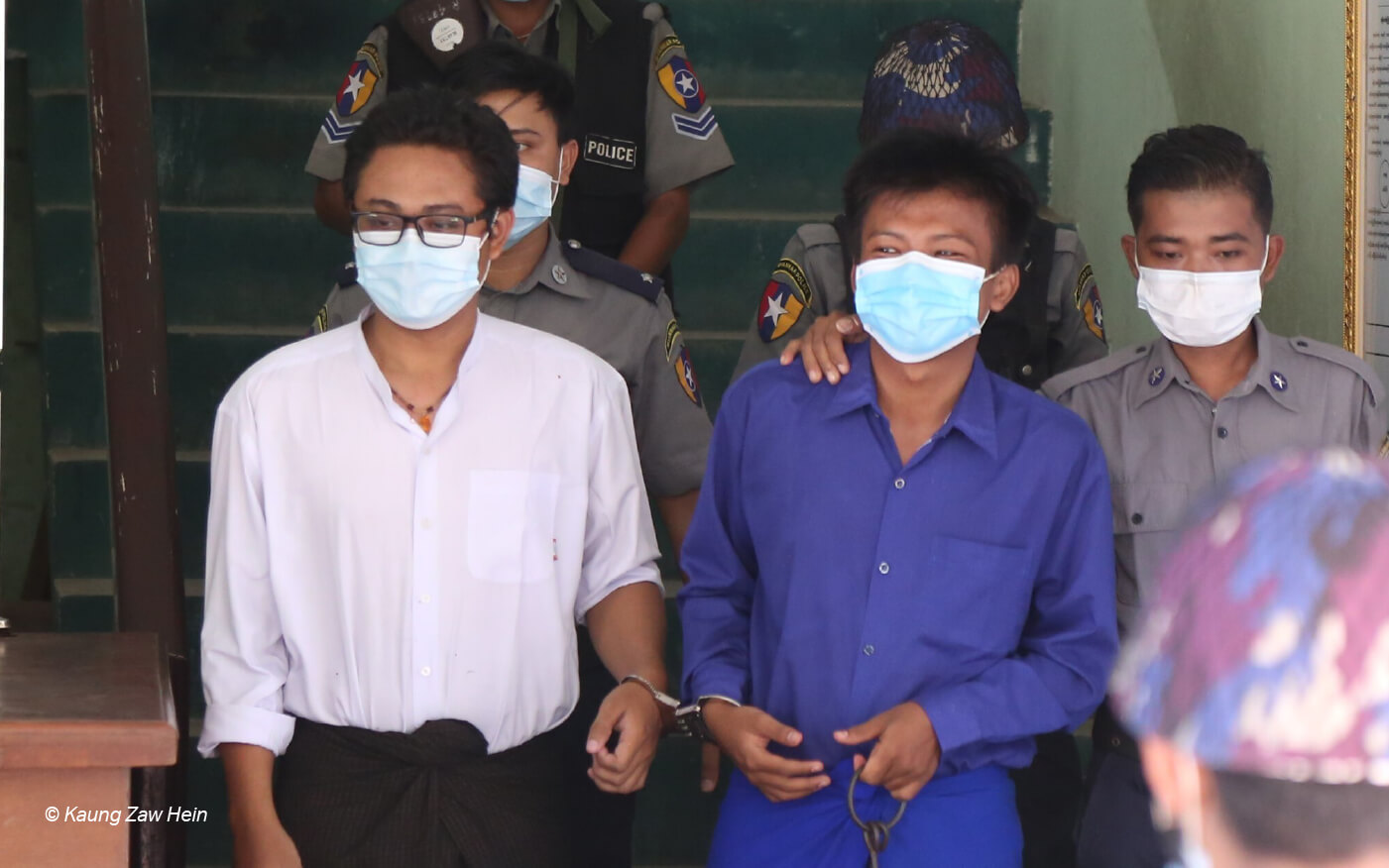 10 human rights organizations call for the release of peaceful protesters

“Aung San Suu Kyi’s government needs to immediately take appropriate measures to free all political prisoners in Myanmar,” said Ismail Wolff, Fortify Rights Regional Director. “The National League for Democracy should use its increased majority in parliament to repeal or amend abusive laws that infringe on fundamental rights, including the right to peaceful assembly,”

Police arrested and detained at least 25 peaceful protesters following a series of anti-war campaigns organized by the All Burma Federation of Student Unions (ABFSU) beginning in early September 2020. The protests called for the government to lift mobile-internet restrictions in Rakhine and Chin states, where armed conflict between the Myanmar armed forces and the Arakan Army is ongoing.

In a joint statement released today, Fortify Rights and nine other signatories called on the Myanmar authorities to end the crackdown on human rights defenders and peaceful protesters. “The Myanmar authorities’ arbitrary targeting of student activists calling for peace and the end of human rights violations contravenes the rights to freedom of expression and peaceful assembly,” the statement says.

Most of the detained protesters face multiple charges—in some cases, in multiple jurisdictions—including for alleged violations under the Peaceful Assembly and Peaceful Procession Law (Peaceful Assembly Law), the Myanmar Criminal Code, and the Natural Disaster Management Law.

Many of those arrested face multi-year sentences in prison and courts already convicted and sentenced several. Four courts in Mandalay Region convicted ABFSU Central Executive Committee members Kyaw Thiha Ye Kyaw and Soe Hla Naing of multiple charges under sections 505(a) and 505(b) of the Penal Code and the Peaceful Assembly Law for their role in organizing anti-war campaigns in Mandalay in September. The two both face a cumulative sentence of more than seven years’ imprisonment. They are currently detained in Obo Prison in Mandalay Region.

According to ABFSU, the prison authorities have reportedly placed some detained protesters in isolation and denied family members’ visits.

According to the Assistance Association for Political Prisoners (Burma), there are an estimated 229 detained political prisoners in Myanmar.

Section 505(a) of the Myanmar Criminal Code prohibits anyone who “makes, publishes or circulates any statement, rumor, or report” with the intent or likelihood to cause a member of the military “to mutiny or otherwise disregard his duty.” Section 505(b) similarly prohibits expressions intended or likely to cause “fear or alarm” among the public or induce others to “commit an offence against the State or against the public tranquility.” Punishment under these sections can include up to two-years’ imprisonment and a fine.

The Peaceful Assembly Law provides a maximum penalty of up to three months in prison and a fine of up to 30,000 Myanmar Kyat (about US$23) for failing to give advanced notice to the authorities when organizing an assembly. Section 25 of the Natural Disaster Management Law provides a maximum penalty of three years’ imprisonment and a possible fine for willful or negligent actions leading to natural disasters. Myanmar authorities recently applied the law to those alleged to have failed to adhere to COVID-19 restriction measures.

“The prosecution of those involved in the campaigns violates the rights to freedom of expression and peaceful assembly,” the statement says. “Any restrictions on these rights must be provided by law, in pursuit of a legitimate aim, and necessary and proportionate to that aim.”