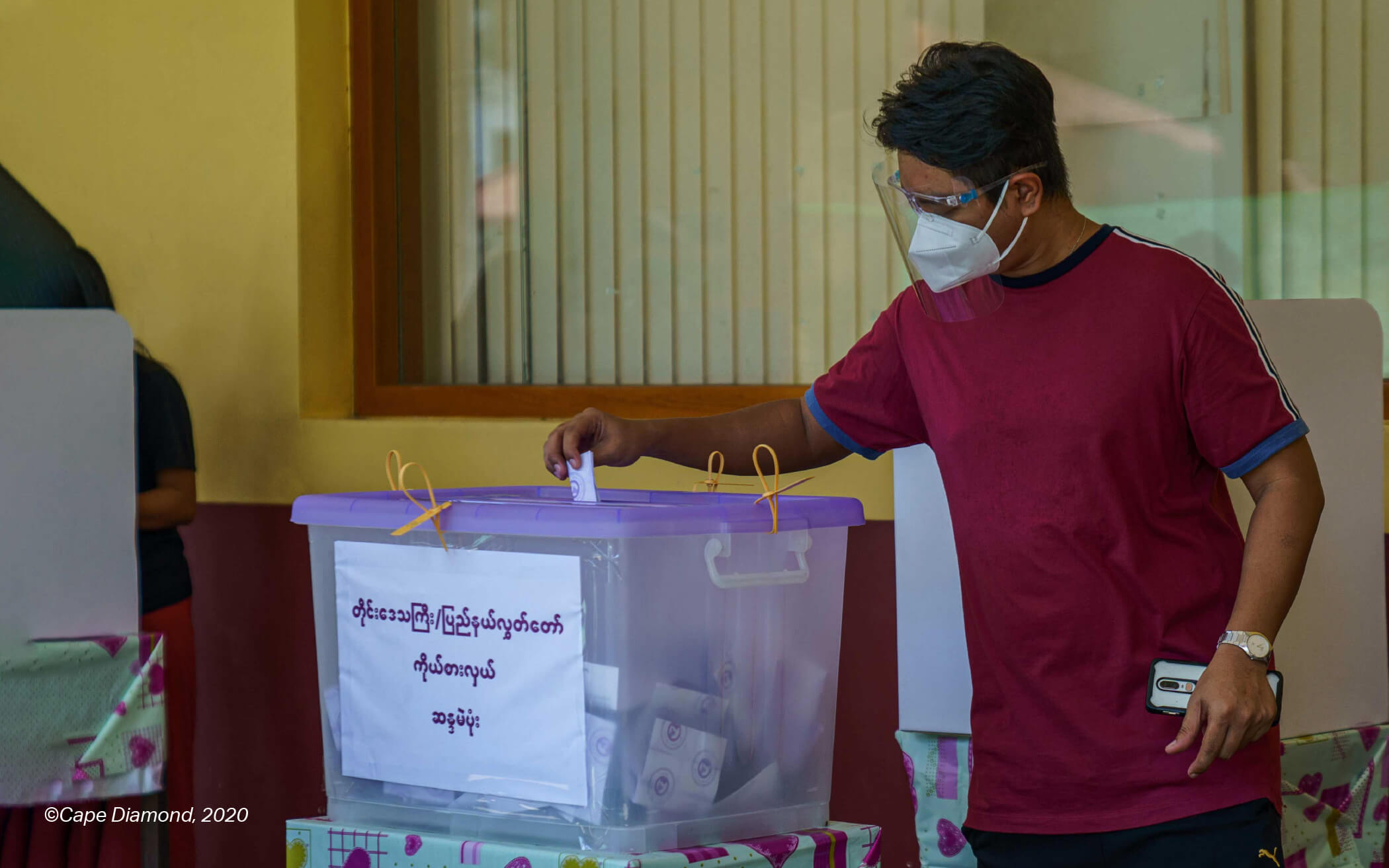 “A core principle of elections under international law is universal and equal suffrage and that is not what took place yesterday,” said Ismail Wolff, Regional Director of Fortify Rights. “The international community must unequivocally condemn the disenfranchisement of Rohingya and other ethnic nationalities or risk paving the path for future violations.”

Human rights groups and other observers have raised serious concerns regarding Myanmar’s elections this year, including the disenfranchisement of ethnic minority voters, most notably the Rohingya. Other concerns include the government’s continued crackdown on the rights to freedom of expression and peaceful assembly, including the arbitrary arrest and detention of civil society actors and activists.

Monitors also raised questions about the impartiality of the Union Election Commission (UEC) and rulings that censored opposition political parties and facilitated the disenfranchisement of voters based on their ethnic and religious identity.

The country’s constitution continues to reserve 25 percent of seats in the parliament for unelected military officials and grants the military control of key government ministries in contravention of democratic norms.

Following decades of authoritarian military rule, the international community mostly lauded Myanmar’s elections in 2015 as a formative step towards democratization and restoration of human rights despite the disenfranchisement of hundreds of thousands of ethnic Rohingya voters. Five years on, the Rohingya suffered genocide and crimes against humanity and the National League for Democracy (NLD) government continues to imprison human rights defenders while also failing to reform key institutions, including the military and judiciary.

The right to vote is enshrined in international law and standards, including in the Universal Declaration of Human Rights and the International Covenant on Civil and Political Rights (ICCPR), which states, “Every citizen, without discrimination, has the right to vote and to be elected at genuine periodic elections, by universal and equal suffrage and held by secret ballot, guaranteeing the free expression of the will of the electors.”

Myanmar is not a state party to the ICCPR and, as part of its “transition” to democracy, increased pressure should be placed on the country to ratify relevant international treaties and uphold its responsibility to promote and protect human rights, said Fortify Rights.

“The international community’s response to these elections is critically important,” said Ismail Wolff. “Governments in the region and around the world must urgently step up efforts for international accountability and ensure the root causes of the Rohingya genocide are addressed and refugees are able to return to their homes in a safe, dignified, and voluntary manner.”