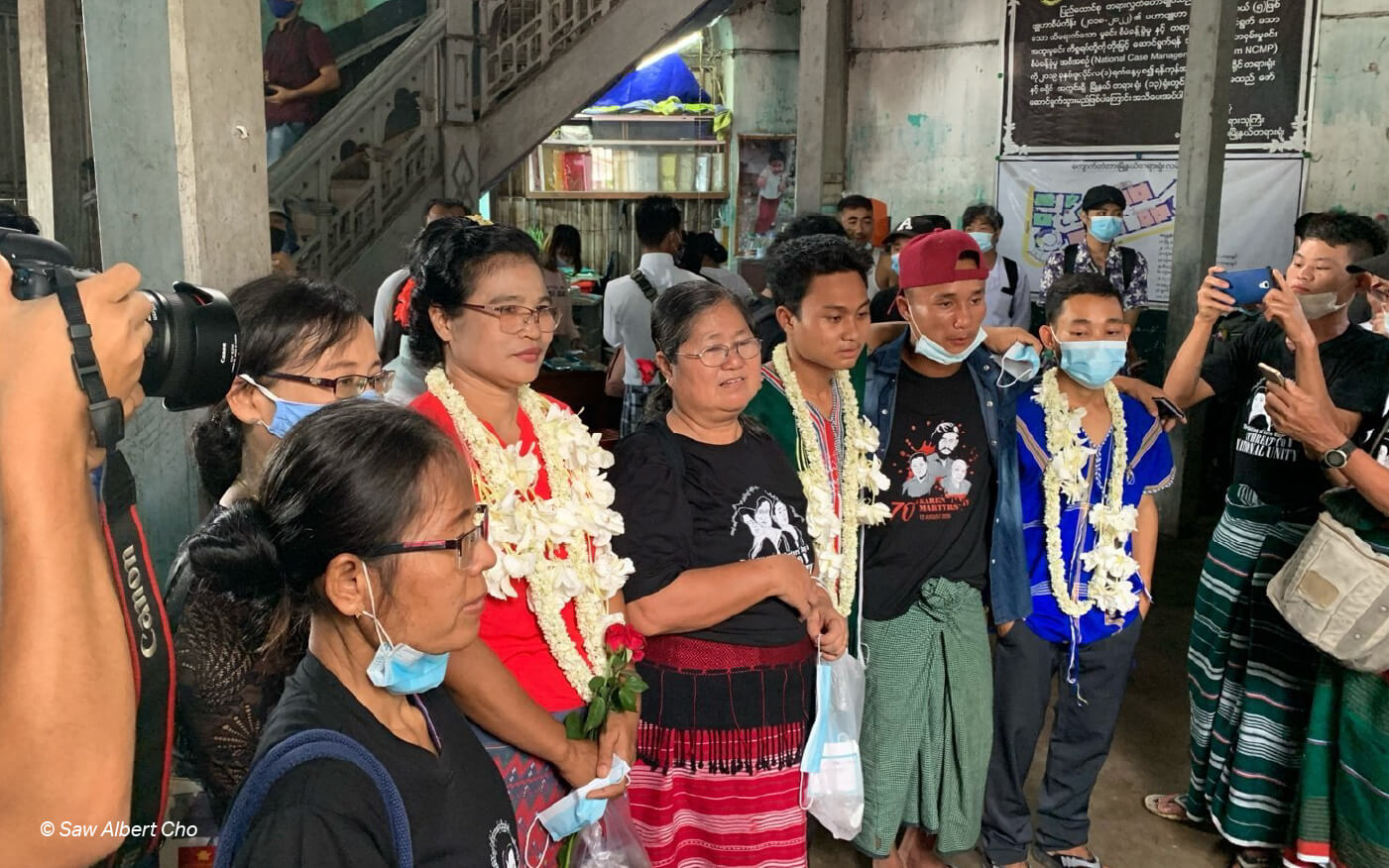 All three are now in Insein prison.

“This is yet another example of how ethnic minorities in Myanmar continue to face harassment and imprisonment simply for seeking to exercise their fundamental rights,” said Ismail Wolff, Fortify Rights Regional Director. “National elections are just around the corner and the National League for Democracy-led government must cease its relentless crackdown on freedom of expression and assembly. For credible elections to be held, people of all backgrounds and beliefs must be free to speak their minds and exercise their rights.”

The Kyauktada Township Police arrested the three activists at the August 12 gathering in Yangon, which marked the 70thanniversary of Karen Martyrs’ Day. Police charged them with failing to end the event within the permitted time. On August 27, the Kyauktada Township Court also sentenced Sein Htwe, a member of the Karen Women’s Union, to 15 days in prison on charges related to her participation in a similar event in 2019.

International human rights law and Myanmar’s domestic law protect the rights to freedom of expression and peaceful assembly. Article 19 and Article 20(1) of the Universal Declaration of Human Rights, protect the right to freedom of opinion and expression and the right to peaceful assembly and association, respectively. These rights are also recognized as fundamental rights that states are bound to uphold under customary international law. Under Myanmar’s domestic law, Article 354(b) of the Myanmar Constitution provides for the right “to express and publish freely their convictions and opinions” and “to assemble peacefully without arms and holding procession.”

The Government of Myanmar should amend the Peaceful Assembly Law and bring it in line with international human rights law, said Fortify Rights.

“Many thought Myanmar’s notoriety for incarcerating political prisoners would have been relegated to the history books by now – sadly, that isn’t the case,” said Ismail Wolff. “The Myanmar Government must end its persecution of human rights defenders and ethnic minorities, starting by freeing all political prisoners and bringing the country’s laws in line with its commitments under international human rights law.”