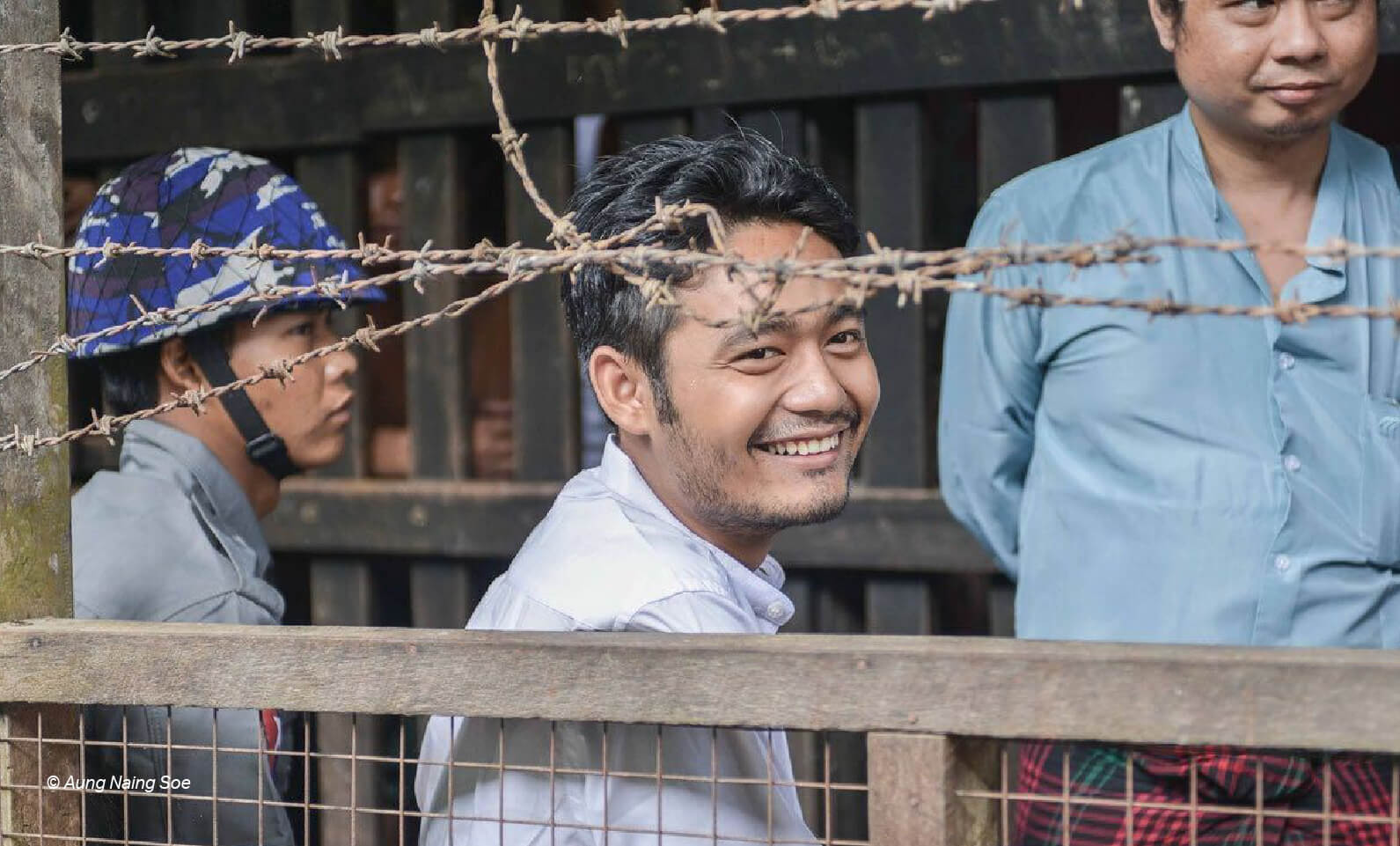 The Kyauktada Township Court in Yangon gave the prominent human rights activist the option of paying a 30,000 Kyat (US$22.50) fine or spending 15 days in jail. Maung Saungkha opted to pay the fine.

“Maung Saungkha may not be in prison this time around but he should never have been arrested in the first place or faced trial simply for defending human rights,”said Ismail Wolff, Regional Director of Fortify Rights. “These arrests and convictions are part of a systematic attempt to silence those who speak out against human rights abuses.”

The conviction relates to the display of a Burmese-language banner over an overpass bridge in downtown Yangon on June 21—the one-year anniversary of the internet shutdown in Rakhine and Chin states. The banner read, “Is the internet being shut down to hide war crimes and killing people?”

Conflict between the Myanmar military and the Arakan Army (AA)—a non-state army fighting for political autonomy and ethnic rights in Myanmar—has led to human rights violations and displaced tens of thousands of civilians in conflict-affected townships in Rakhine and Chin states since fighting escalated in the beginning of 2019.