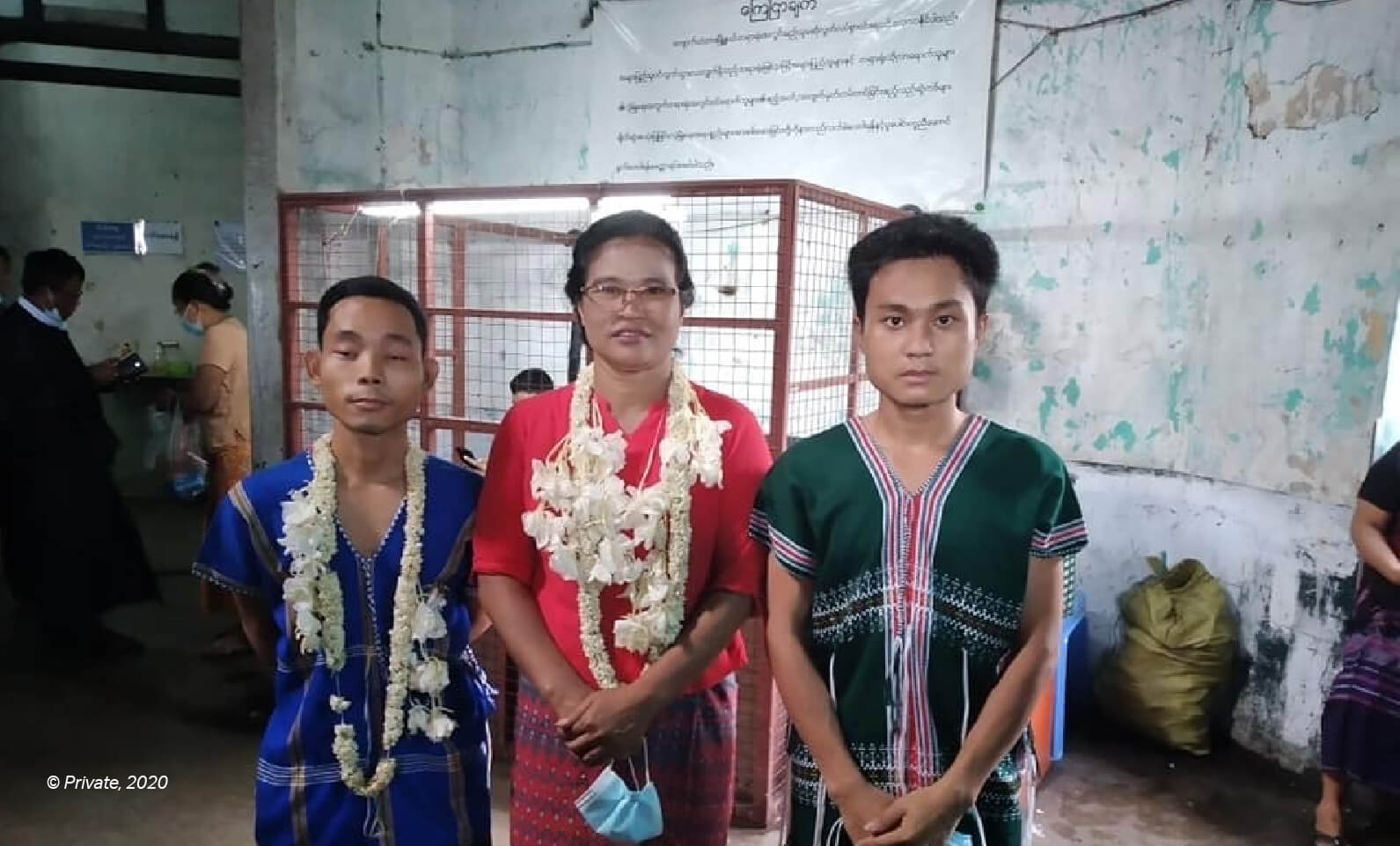 (YANGON, September 1, 2020)—Myanmar authorities should immediately drop criminal complaints against three ethnic-Karen human rights defenders for their role in a peaceful gathering to mark Karen Martyrs’ Day in Yangon last month, Fortify Rights said today. One of the charged, Sein Htwe, a member of the Karen Women’s Union, was also sentenced to 15 days in prison last week on charges related to her participation in a similar event in 2019.

The trial of the three human rights defenders begins today.

“The Myanmar authorities are continuing to harass ethnic nationalities and human rights defenders,” said Ismail Wolff, Regional Director of Fortify Rights. “Sein Htwe should be released immediately and all charges against her and the other Karen activists dropped.”

All three face up to one-month imprisonment and/or 10,000 Myanmar Kyat (US$7.25) in fines under Section 20 of the Peaceful Assembly and Peaceful Procession Law (the “Peaceful Assembly Law”) for allegedly violating conditions set by the authorities for the gathering. The Kyauktada Township Court is set to begin hearing the case today.

The Kyauktada Township Police arrested Sein Htwe, 57, Sa Thein Zaw Min, 23, and Saw Hsar Kwar Ler, 22, on August 12 at a gathering in Yangon to mark the 70th anniversary of Karen Martyrs’ Day. Police accuse them of failing to end the event within the approved time. Chapter V of Myanmar’s Peaceful Assembly Law allows local administrators to set conditions for public gatherings and protests, including start and end times.

Organizers notified local authorities of the plans for the gathering. They dispute the claim that the event exceeded the agreed timeframe. Regardless, no one should face criminal charges for exercising their right to peaceful assembly, Fortify Rights said.

In a separate case, on August 27, the Kyauktada Township Court sentenced Sein Htwe to 15 days in prison for her role in organizing the same Martyrs’ Day gathering in 2019. The Kyauktada Township Police filed charges against her and several other organizers last year for alleged violations under Section 4 of the Peaceful Assembly Law, which relates to the prior notification of gatherings to authorities. However, Sein Htwe was only taken to trial on the charges from 2019 after being arrested by police at the Martyrs’ Day gathering this year. The Kyauktada Township Court initiated hearings on her case on August 19.

“The Myanmar government must end its relentless assault on freedom of expression, and the Karen community must be free to mark Martyrs’ Day without fear of arrest,” said Ismail Wolff. “The Peaceful Assembly Law must be amended and brought in line with international human rights law. The law should be there to uphold the right to peaceful protest, not facilitate its criminalization.”

Karen Martyrs’ Day commemorates the death of Karen leader Saw Ba U Kyi, a founding father of the Karen National Union (KNU), who the Myanmar army killed in 1950. The Myanmar military and the KNU’s army—the Karen National Liberation Army—have been at war since 1949.