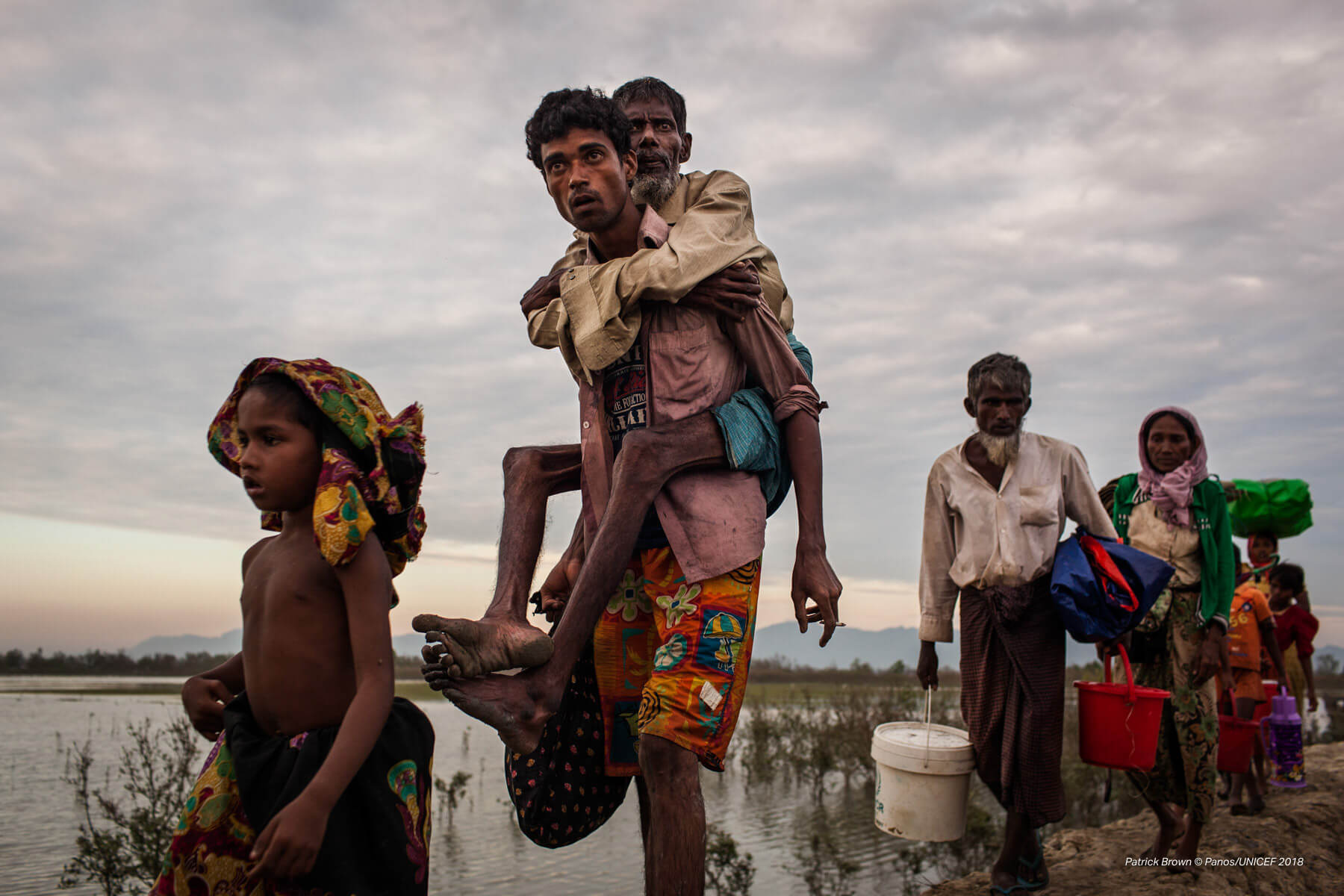 (BANGKOK, July 16, 2020)—The United States government should publicly determine that the State of Myanmar has committed genocide and crimes against humanity against the Rohingya people, Fortify Rights and 57 human rights organizations said today in petition to U.S. Secretary of State Mike Pompeo.

“Rohingya all over the world have correctly labeled the acts committed against them as genocide,” said Matthew Smith, Chief Executive Officer of Fortify Rights. “A legal determination by the U.S. now would support ongoing accountability efforts and potentially help prevent future atrocities against civilians in Myanmar.”

The petition was organized by Refugees International and signed by Fortify Rights, Robert F. Kennedy Human Rights, more than a dozen Rohingya-led organizations, and others. It urges the U.S. Department of State to “publicly determine that the state of Myanmar has committed genocide and crimes against humanity against the Rohingya people” due to the fact that the “evidence of genocide and crimes against humanity is clear and convincing and has been amply documented.”

“Now is the time to use the words that fit the crimes,” the petition states. “U.S. leadership matters. We call upon you to demonstrate the moral leadership and courage necessary to push global action in the face of genocide.”

In 2016 and 2017, the Myanmar Army led a campaign of massacres, mass rape, and mass arson, displacing more than 800,000 Rohingya men, women, and children to Bangladesh. Up to 600,000 Rohingya remain in Myanmar and continue to face genocide and other international crimes. More than one million Rohingya refugees are living in refugee camps in Cox’s Bazar District, Bangladesh. The U.S. Government has never publicly determined the Myanmar military committed genocide or crimes against humanity.

“[A] U.S. government determination of genocide and crimes against humanity would subject Myanmar and its military to much needed international scrutiny at a time when the military continues to target Rohingya and other civilians in Myanmar,” the petition states.

In 2018, Fortify Rights and later a U.N. Fact Finding Mission on Myanmar determined that attacks against Rohingya in 2016 and 2017 amounted to genocide. In November 2019, The Gambia filed a case at the International Court of Justice (ICJ) in The Hague against Myanmar for failing to prevent or punish genocide against Rohingya. In a landmark ruling, on January 23, 2020, the ICJ ruled unanimously in favor of The Gambia’s request for provisional measures of protection for Rohingya in Myanmar. The measures required Myanmar to report to the court in May and then every six months after that for the duration of the trial, among other requirements, including to take affirmative actions to prevent genocide and preserve evidence of genocide.

The Gambia will file its “memorial” with the court in October, outlining Myanmar’s failure to prevent or punish genocide against Rohingya.

In addition to the efforts at the ICJ, the U.S. government should ensure the United Nations Security Council refers Myanmar to the International Criminal Court or creates an independent criminal tribunal to investigate and prosecute mass atrocity crimes in Myanmar, including genocide, said Fortify Rights.

The Rohingya community have long decried the acts of violence committed against them, calling the acts genocide and crimes against humanity. On January 21, 2020, a group of Rohingya women released a joint statement saying Rohingya women have “experienced systematic and genocidal sexual and gender-based violence at the hands of the Myanmar military.” The statement also called for an end to the atrocities that are ongoing in Rakhine State, Myanmar.

The Rohingya statement followed the passage of Resolution 1091 by the U.S. House of Representatives in December 2018, indicating that the Myanmar military’s crimes against the Rohingya since August 2017 “constitute crimes against humanity and genocide” and urged U.S. Secretary of State Mike Pompeo to make a formal genocide determination.

“The U.S. has been outspoken for years about atrocities against Rohingya, and now it’s time to call it genocide,” said Matthew Smith. “The evidence is overwhelming.”