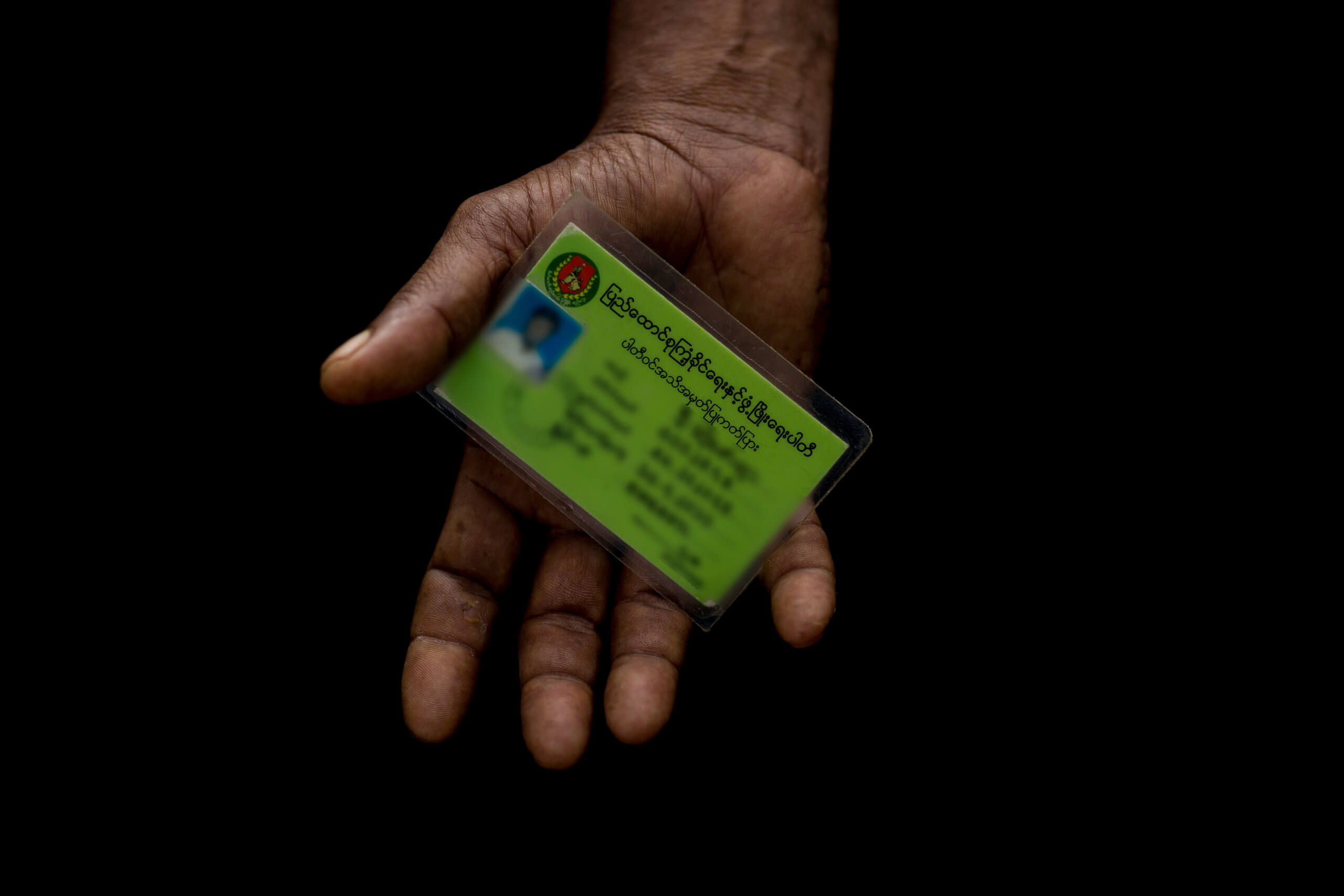 (COX’S BAZAR, July 10, 2020)—Ahead of the upcoming national elections, the Government of Myanmar should ensure all voting-age Rohingya—including refugees in Bangladesh—have the right to vote, said Fortify Rights today. On July 2, the Myanmar Union Election Commission announced that national elections are scheduled for November 8.

“Rohingya voted in past elections, and they should have the right to vote in November,” said Matthew Smith, Chief Executive Officerof Fortify Rights. “Mass absentee voting is possible. The government has ample time to ensure the upcoming elections are free and fair.”

Citizenship is a requirement for voting in Myanmar, and the Government of Myanmar has long denied Rohingya access to full citizenship rights—most recently through the National Verification Card (NVC) process. However, the lack of citizenship did not prevent Rohingya in Myanmar from voting in past elections, including in 2010.

The government currently has access to multiple forms of documentation of Rohingya, including household lists dating back to the 1990s, NVCs, National Registration Cards, White Cards, White Card receipts, and other previous government-issued and U.N.-issued identity documents. In collaboration with international humanitarian organizations, the Government of Myanmar and the Embassy of Myanmar in Bangladesh could use these forms of documentation as well as alternative forms of evidence, such as testimonial evidence, to determine eligibility to vote in November’s election and as evidence to restore Rohingya citizenship, Fortify Rights said.

On July 2, the Union Election Commission announced that Myanmar nationals living abroad could cast advanced ballots in this year’s general election. The government also provided absentee voting in the 2010 and 2015 elections.

On May 3, the Arakan Rohingya Society for Peace and Human Rights—a Rohingya-refugee-led civil society organization in Bangladesh—wrote an open letter to the Union Election Commission of Myanmar asking for “voter registration and the voting process” to be “carried out in the refugee camps.”

Refugees elsewhere in the world have voted in home-country elections through voting stations in refugee camps and absentee ballots. For instance, in 2004, approximately 850,000 Afghan refugees living in Pakistan and Iran voted in Afghanistan’s first presidential election on October 9 with the assistance of international humanitarian organizations.

Hundreds of thousands of Rohingya who fled Myanmar military-led attacks in 2016 and 2017, as well as those who fled to Bangladesh prior to those attacks, are unable to return to the country to participate in the election process. On June 30 at the 44th Session of the United Nations Human Rights Council in Geneva, U.N. High Commissioner for Human Rights Michelle Bachelet said that the situation in Rakhine State has not improved and the conditions for a “safe, dignified and sustainable return from Bangladesh are still not in place.”

“Our body is here, but our soul is in our country,” a 29-year-old Rohingya refugee woman living in the camps in Bangladesh told Fortify Rights. “We want to go back right now, but we cannot do so due to the situation there. We need the safety and the security there, and we hope that the international community will provide us with justice.”

Between January and June this year, Fortify Rights interviewed 29 Rohingya refugees in Bangladesh, including 17 women, about barriers to returning to Myanmar—many of whom referenced the abusive NVC process as a barrier to return.

“We will not go back as long as we are forced to accept the NVC there,” a 40-year-old Rohingya refugee woman originally from Maungdaw Township told Fortify Rights. “If we accept the NVC, we will become people of Bangladesh.”

“We don’t want to return to Myanmar holding the NVC,” added a Rohingya refugee man, 50. “We will be cut there again the way our children were cut there before.”

In her remarks to the Human Rights Council, Michelle Bachelet also cited the NVC as a factor inhibiting refugee returns to Myanmar, saying, “Myanmar continues to impose National Verification Cards on the Rohingya—a document which denies their citizenship, leaving them stateless and restricting their access to basic services or free movement.”

In September 2019, Fortify Rights published a 102-page report, “Tools of Genocide,” revealing how Myanmar authorities forced and coerced Rohingya to accept NVCs in a systematic campaign to erase Rohingya identity and deny them citizenship.

The government should abolish the NVC process and amend the 1982 Citizenship Law to restore equal access to full citizenship rights and all rights that extend from citizenship, including the right to vote, to Rohingya and others, said Fortify Rights.

Rohingya participated in 2010 nationwide elections in Myanmar, and three Rohingya served in Parliament as recently as 2015. During the 2015 national elections, the government excluded Rohingya from voting, running for office, or maintaining Rohingya-led political parties, including the Democracy and Human Rights Party and the National Democratic Party for Development. On June 25, 2020, the Democracy and Human Rights Party sent a letter to the Union Election Commission, calling on the Commission to allow the party to participate in the upcoming election.

International law protects the right to vote as a fundamental right. Article 21(3) of the Universal Declaration on Human Rights enshrines this right, providing that the will of the people should be “expressed in periodic and genuine elections which shall be by universal and equal suffrage and shall be held by secret ballot or by equivalent free voting procedures.”

In 2016 and 2017, the Myanmar Army led a campaign of massacres, mass rape, and mass arson, displacing more than 800,000 Rohingya men, women, and children to Bangladesh. Up to 600,000 Rohingya remain in Myanmar and continue to face genocide and other international crimes. More than one million Rohingya refugees are living in refugee camps in Cox’s Bazar District, Bangladesh.

In November 2019, The Gambia filed a case at the International Court of Justice (ICJ) in The Hague against Myanmar for failing to prevent or punish genocide against Rohingya. In a landmark ruling, on January 23, 2020, the ICJ ruled unanimously in favor of The Gambia’s request for provisional measures of protection for Rohingya in Myanmar. The measures required Myanmar to report to the court in May and then every six months after that for the duration of the trial, among other requirements, including to take affirmative actions to prevent genocide and preserve evidence of genocide.

The Gambia will file its “memorial” with the court in October, outlining Myanmar’s failure to prevent or punish genocide against Rohingya.

“Any failure on Myanmar’s part to include Rohingya in the political process will send an incriminating signal to the ICJ,” said Matthew Smith. “Rohingya are eager to participate constructively in the life of Myanmar, and their right to do so should be protected.”