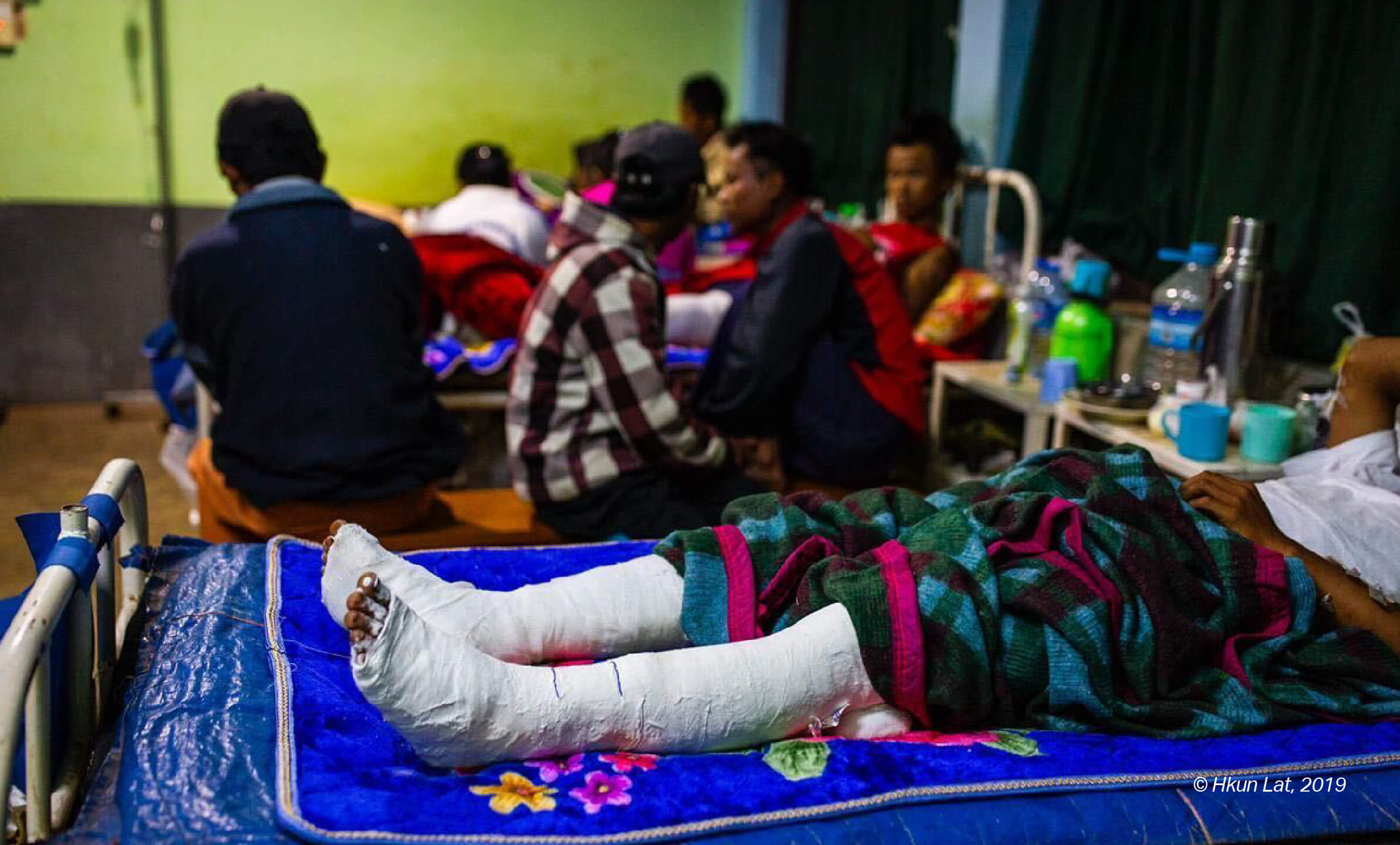 (YANGON, June 25, 2020)—The Government of Myanmar should end its use of antipersonnel landmines and commit to using international landmine clearance standards in demining operations, said Fortify Rights today. On June 12, the Union Minister of Social Welfare, Rescue and Resettlement announced that the government would establish two bodies to clear landmines nationwide to support efforts to resettle civilians displaced by armed conflict. The government did not specify a timeline for creating either body.

“Landmines kill and maim civilians indiscriminately,” said Matthew Smith, Chief Executive Officer of Fortify Rights. “The government’s stated plan to clear landmines is a step in the right direction, but the continued use of these heinous weapons undermines the plan.”

At a press conference in the capital, Nay Pyi Taw, on Friday, June 12, the Union Minister of Social Welfare, Rescue and Resettlement, Dr. Win Myat Aye, told reporters that the government would establish a National Mine Action Center and a national body to clear landmines, adding that the center would support his ministry’s resettlement programs.

Lway Chee Sangar, a spokesperson for the Ta’ang Women Organization (TWO), a civil society organization assisting survivors of landmine explosions in northern Shan State, told Fortify Rights that she is skeptical of the planned demining bodies. She said:

The Minister’s announcement echoes previous statements by the Myanmar government regarding their intention to form a national demining body. In February 2020, Deputy Director-General of the Department of Disaster Management Tun Zaw told the Myanmar Times: “We can’t do rescue work only. If landmines remain, victims will remain. It is better if there are no more landmines. We plan to form a national body for landmine clearing.”

While the Ministry of Social Welfare, Rescue and Resettlement has stated a commitment to demining, the Myanmar armed forces have yet to end the manufacturing, stockpiling, or laying of landmines.

Furthermore, concerns remain regarding the mine action standards that the government will utilize. In October 2019, Myanmar Ministry of Foreign Affairs International Organizations and Economic Department Director Ye Minn Thein told the United Nations General Assembly that “Myanmar is in a process of finalizing a mine clearance operation standard, namely ‘Myanmar National Mine Action Standard,’ aiming for conducting systematic demining.”

The United Nations has established the International Mine Action Standards (IMAS), which includes a framework for mine clearance. The globally accepted standards require governments to provide rapid “clearance of explosive ordnance posing an immediate risk to civilians and humanitarian assistance.” Furthermore, “[e]very effort should be made to coordinate and prioritise mine action activities with the broader humanitarian response by national authorities and humanitarian community.”

The military’s previous demining efforts have not complied with these international standards. For example, in 2019, the Myanmar military conducted a pilot demining program in Nam San Yang village, Kachin State to facilitate the return of families displaced by the conflict between the Myanmar military and the Kachin Independence Army, an ethnic armed group. According to the Kachin Land Research Centre, the military reportedly only cleared landmines for “those who ha[d] household registration certificates,” leaving behind potential mines on land owned by families without formal certificates and in the forest surrounding the village. The standards further require the government to “ensure that the mine affected community is fully cognisant of all demining activities in the area and the specific implications for the men, women and children of the community.” Residents of Nam San Yang told Kachin Land Research Center that they were not informed regarding the location or risks of landmines.

The military’s limited mine clearance in Nam San Yang has threatened the safety and livelihoods of the returned families. For example, 55-year-old Je Hwpi lost a leg on February 14, 2020, after a landmine exploded at a creek near Nam San Yang village—a year after Deputy Commander of the Light Infantry Division 101 Colonel Soe Kyaw Htet told the Kachin News Group, “Our soldiers already cleared landmines around the village.”

The government has not prioritized compensation to civilians whose livelihoods have been adversely affected by landmines. A Kachin civil society activist told Fortify Rights:

Myanmar is not a signatory to the Mine Ban Treaty, which prohibits the use, production, stockpiling, and transfer of antipersonnel mines, as well as provides guidance on their destruction.

Fortify Rights has documented the use of antipersonnel landmines in conflict areas of northern Myanmar since the Myanmar military and ethnic armed groups resumed fighting in Kachin State in June 2011.

“Clearing landmines with one hand while laying them with another will not prevent civilian casualties or facilitate the return of displaced persons,” said Matthew Smith. “Landmine clearance must meet international standards and be widespread to save lives.”