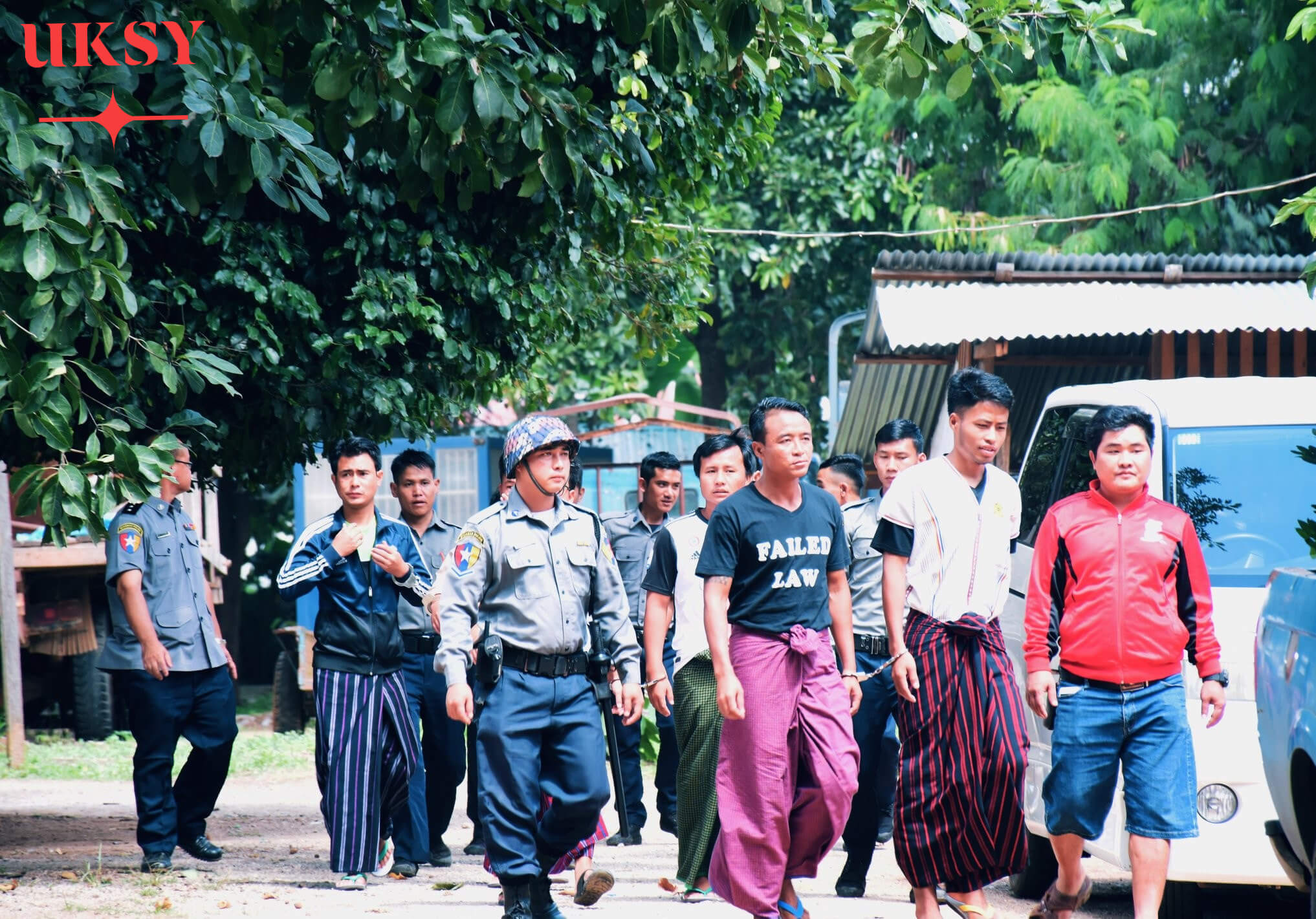 “Expressing criticism of public officials is legitimate, democratic, and not a crime,” said Matthew Smith, Chief Executive Officer of Fortify Rights. “The government should immediately drop these charges. No one should be prosecuted for exercising their right to freedom of expression.”

On June 24, the Loikaw Township Court accepted the complaint against the six human rights defenders, denied their request for bail, and scheduled their trial to begin on July 3. Hearings have continued to take place since July 3, with the most recent taking place on October 17.

The Myanmar authorities charged the six activists with allegedly violating Section 8(f) of the Law Protecting the Privacy and Security of the Citizen, which prohibits “unlawfully interfer[ing] with a citizen’s personal or family matters or act[ing] in any way to slander or harm their reputation.” If convicted, they face up to three years’ imprisonment and up to 1,500,000 Myanmar Kyat (US$988) in fines.

The statement published by the six human rights defenders centered on the construction of a statue of General Aung San—father of State Counselor Aung San Suu Kyi—in Loikaw despite local opposition from mostly ethnic Karenni residents, who say they respect General Aung San but view the statue as a symbol of ethnic Burman dominance.

Loikaw government officials and Karenni human rights defenders engaged in negotiations over the statue following the public statement in March 2019. However, the talks ended on May 14 when Chief Minister L Phaung Sho declared that the Karenni State Government would not remove the statue.

Police officers in the court prevented the defendants from speaking with their families, friends, or the media during their court appearance on June 24 or while in detention. On September 27, the Myanmar National Human Rights Commission (MNHRC) visited the six human rights defenders in prison and investigated the conditions of their detention. The MNHRC has not discussed the case publicly.

Since July 2018, ethnic Karenni human rights defenders have held a series of public demonstrations against the Aung San statue at the Kandar-Haywn Park in Loikaw. Since then, the government has arrested and charged scores of human rights defenders for protesting without providing advanced notification as required under the Peaceful Assembly and Peaceful Procession Law.

Despite opposition to the statue, the Karenni State Government installed the statue of General Aung San, depicting him on horseback, on January 29, 2019 and held an unveiling ceremony on February 2, 2019.

The Government of Myanmar should immediately decriminalize defamation and protect the rights to freedom of expression and peaceful assembly in accordance with international law and standards, said Fortify Rights.

“The law should protect citizens’ rights to privacy and security, not criminalize free expression,” said Matthew Smith, Chief Executive Officer of Fortify Rights. “The government of Myanmar must release the six human rights defenders unjustly targeted under this law.”