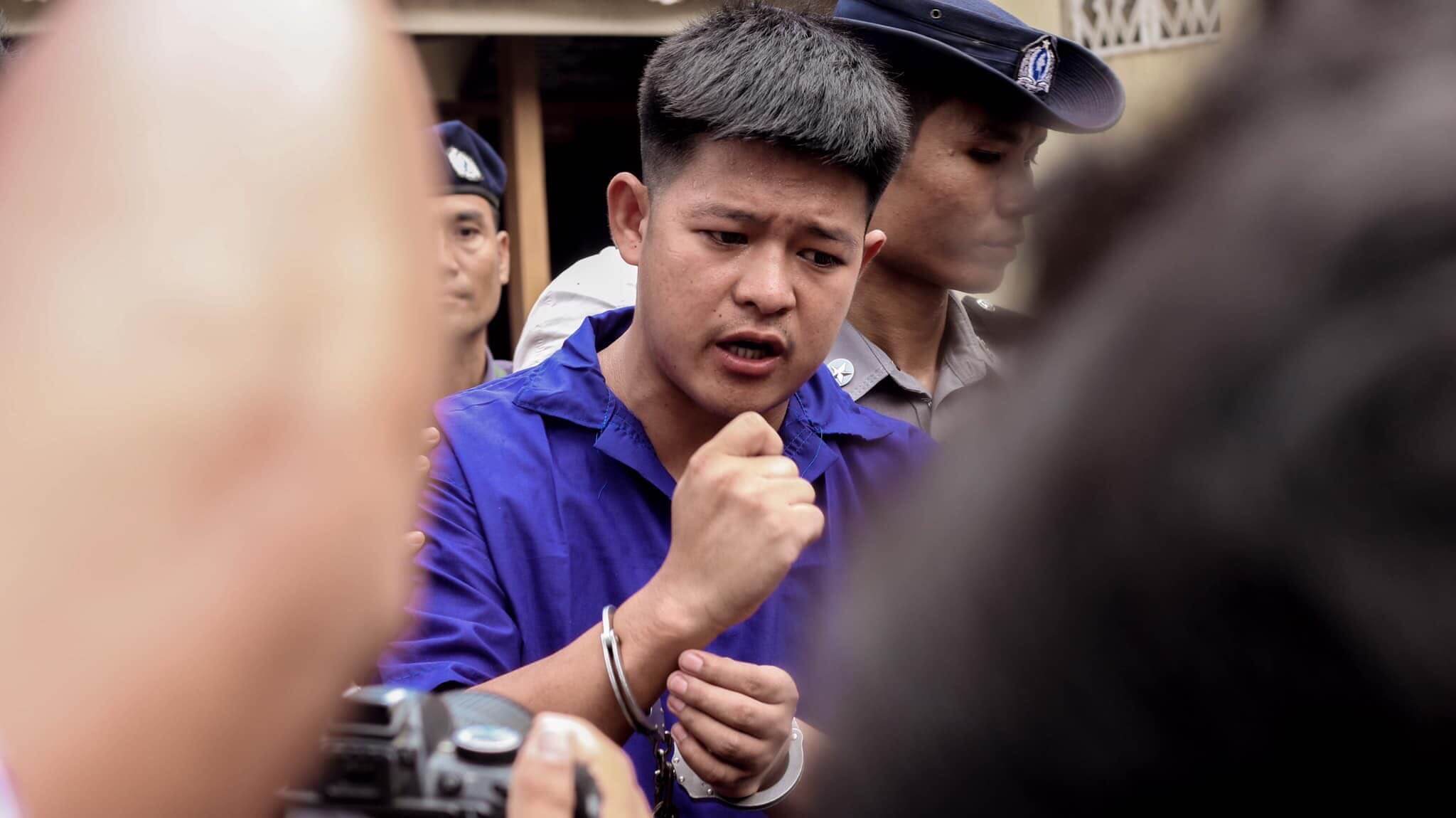 (Yangon, September 18, 2019)—The Government of Myanmar should immediately and unconditionally release Kachin human rights defender Paulu, who has been arbitrarily detained since September 3, said Fortify Rights today. On September 16, Myanmar authorities released Seng Nu Pan—a Kachin woman human rights defender—after she served a 15-day prison sentence along with Paulu for engaging in a peaceful demonstration in Kachin State in June.

The Myitkyina Township Court sentenced Paulu to an additional three months’ imprisonment for handing the presiding judge a set of broken scales, intended to symbolize broken “scales-of-justice,” in response to the 15-day prison sentence against him and Seng Nu Pan.

“The government can put our bodies in prison for as long as they want but they can’t detain our freedom of thoughts and beliefs,” said Seng Nu Pan to Fortify Rights. “I want to question the NLD [National League for Democracy] government on why they’re arresting civilians who are practicing their freedom of expression and freedom of assembly . . . Paulu should be released from prison as he did not commit any crime.”

The U.N. Fact-Finding Mission (FFM) on Myanmar released its final report to the U.N. Human Rights Council on Monday, September 16, documenting arbitrary arrest and detention in Kachin State as well as other violations, including torture, killings, rape, and forced displacement of Kachin civilians. The FFM called for the U.N. Security Council to refer the situation in Myanmar to the International Criminal Court or to create an ad hoc criminal tribunal.

On September 2, the Myitkyina Township Court sentenced Paulu, 26, and Seng Nu Pan, 25, to 15 days in prison for violating Section 4 of the Peaceful Assembly and Peaceful Procession Law for organizing a street performance in Myitkyina, Kachin State on June 9. The pair organized the event to bring attention to the plight of civilians displaced by ongoing war in Kachin State between the Myanmar Army and Kachin Independence Army (KIA), one of the largest non-state ethnic armies in the country.

After receiving the verdict, Paulu handed the Myitkyina Township Court Judge Than Tun the broken scales to protest the sentence. In response, the judge charged him under Myanmar Criminal Code Section 228, which prohibits “insult, or . . . any interruption to any public servant.” On September 6, another judge in Myitkyina Township Court, Tin Nwe Win, found Paulu guilty of the charges and sentenced him to three additional months in prison.

“This is part of Myanmar’s ongoing crackdown against human rights defenders,” said Matthew Smith, CEO of Fortify Rights. “Freedom of speech and expression are the foundations of any democracy. The civilian government and the judiciary should prevent these types of prosecutions and protect the rights of human rights defenders.”

On June 9, Paulu and Seng Nu Pan organized street performances at the intersection between Sein Mya Ayeyar Park, General Aung San Statue Park, and Peoples’ Park in Myitkyina to commemorate the anniversary of the resumption of civil war in Kachin State. The street performance included a re-enactment of the Myanmar military’s alleged aerial bombing of Kachin villages. Youth displaced by the conflict performed the re-enactments.

Although the pair informed the local authorities about the event more than 48 hours in advance, as required by the Peaceful Assembly and Peaceful Procession Law, the police alleged that the notification did not include information about the substance of the performances and was, therefore, incomplete. On June 10, the Myitkyina Township police charged Paulu and Seng Nu Pan for violating Section 4 of the peaceful assembly law.

Section 4 of the law requires demonstration organizers to inform the authorities about any planned event 48 hours in advance of an assembly. Violations of this section carry a sentence of up to three months in prison and/or 30,000 Myanmar Kyat (US$20) in fines.

The rights to freedom of speech and expression are protected under international law. Restrictions on these rights are permissible only when provided by law, proportional, and necessary to accomplish a legitimate aim.

The law’s requirement that protest organizers notify authorities in advance or face criminal charges is incompatible with international law. Any failure to comply with administrative requirements or holding an unapproved peaceful assembly should not lead to fines or imprisonment.

“Myanmar parliament should amend the peaceful assembly law to bring it in line with international law and standards,” said Matthew Smith. “This law has been weaponized against civilians and activists in ways that mirror decades of direct military rule.”