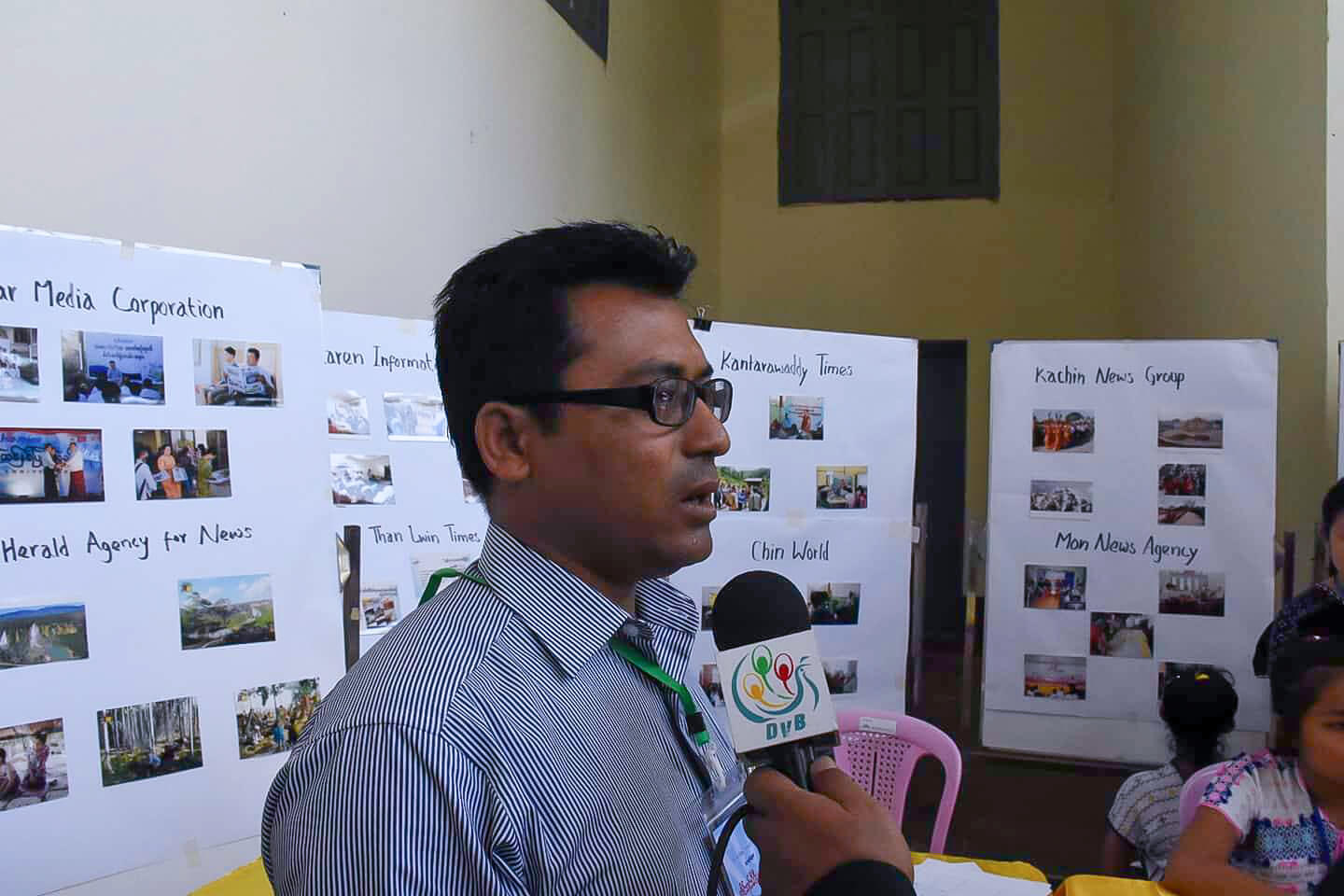 (YANGON,  May 21, 2019)— Myanmar authorities should immediately drop charges against Aung Marm Oo, the editor and executive director of the Development Media Group (DMG) based in Rakhine State, said Fortify Rights today. Aung Marm Oo, also known as Aung Min Oo, faces charges under the Unlawful Association Act for his involvement in the Sittwe-based DMG, a media outlet that reports on human rights violations in Rakhine State and other parts of the country.

“This is part of a widespread and ongoing crackdown against basic rights and free expression in Myanmar,”said Matthew Smith, Chief Executive Officer of Fortify Rights. “The authorities should immediately drop this case against Aung Marm Oo and DMG.”

On May 1, the Special Branch (SB) Police, operating under the Ministry of Home Affairs, filed charges against Aung Marm Oo at the Sittwe Myoma Police Station No. 1 in Rakhine State for alleged violations under Section 17/2 of the Unlawful Association Act. Section 17/2 of the Unlawful Associations Act prohibits the management or promotion or assistance in the management or promotion of an unlawful association and carries a sentence of up to five years in prison and a fine.

The Sittwe police summoned and questioned DMG’s Reporter-in-Charge Nay Win San and Senior Reporter Thet Naing on their work with the DMG for approximately one hour on May 5 and three hours on May 6. Police reportedly asked Nay Win San about an article published by the DMG entitled “Moonless Night in Mrauk-U,” which focused on a violent police crackdown against peaceful protesters in Rakhine State’s Mrauk-U in January 2018 that left seven protesters dead and others wounded. Police also questioned DMG journalist Thet Naing about the group’s news coverage of Rakhine State and questioned both journalists about DMG’s daily activities, publishing permits, circulation, and names of the staff.

The chief of the Sittwe Police Station Captain Aung Mya Oo told the Irrawaddy, “We are questioning [the DMG reporters] because SB has filed a case against the Editor-in-Chief U Aung Min Oo under 17(2).”

On May 8, Aung Marm Oo issued a statement on the charges, calling for the Myanmar Press Council (MPC) to “intervene to its full capacity.”

The DMG was founded on January 9, 2012, and it was based on the Thailand-Myanmar border before registering in Myanmar and moving to Sittwe and Yangon in January 2014. DTV Daily News Programme and the bi-monthly Development News Journal operate under the DMG. DMG publishes in English and Burmese languages.

“Myanmar Parliament can and should repeal this colonial-era law without delay,” said Matthew Smith. “This law has no place in a rights-respecting democracy.”

Despite the recent release of Reuters journalists Wa Lone and Kyaw Soe Oo, who spent more than 500 days in detention for their investigation into a massacre of 10 Rohingya men by Myanmar security forces in northern Rakhine State, the Government of Myanmar continues to prosecute and jail journalists and human rights defenders.

Myanmar authorities have recently brought charges against other media outlets reporting on events in Rakhine State. For example, the Irrawaddy and Radio Free Asia are facing defamation-related charges for their reporting on clashes between the Myanmar military and Arakan Army (AA)—an armed opposition group operating in Rakhine State.

The Myanmar military and AA have engaged in armed conflict since 2015. Clashes between the two armies intensified in recent months and weeks, displacing more than 30,000 civilians in seven townships of Rakhine State since January 2019. Fortify Rights has received credible reports of Myanmar Army soldiers killing, torturing, and arbitrarily arresting Rakhine civilians since January 2019—violations that would amount to war crimes.

In 2016, Fortify Rights documented how the Myanmar Army forced Rakhine civilians to dig graves and carry supplies under the threat of death during fighting with the AA in Rakhine State.

In January 2019, State Counselor Aung San Suu Kyi and members of her administration met and advised the Myanmar military commander-in-chief Senior General Min Aung Hlaing to “crush” the AA. “The president’s office has instructed the military to launch an operation to crush the terrorists,” government spokesperson Zaw Htay told a news conference in Naypyitaw.

The Government of Myanmar should drop all charges against human rights defenders and journalists and free all remaining political prisoners in the country, said Fortify Rights today.

“Media freedom is not a privilege, it’s a right,” said Matthew Smith. “In the context of war crimes and forthcoming national elections, crackdowns on media freedom are particularly egregious and should be fixed without delay.”