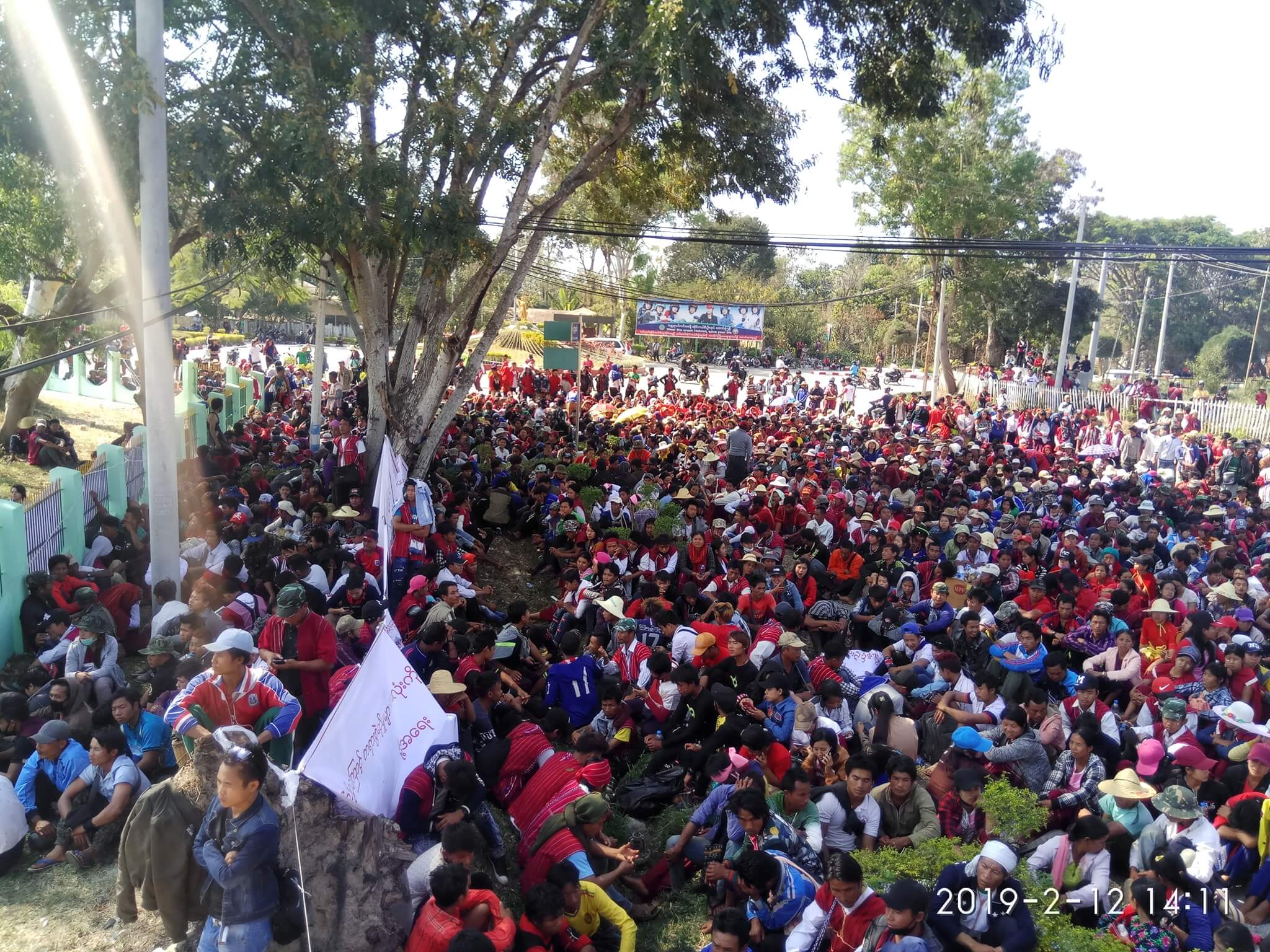 Beginning at 9 a.m. on February 12—Myanmar’s Union Day, a national holiday commemorating the signing of the Panglong Agreement, which promised autonomy for ethnic nationalities in a federal, democratic Myanmar—an estimated 6,000 protesters marched to Kandar-Haywun Park in Loikaw town, Karreni State (also known as Kayah State). The protesters called on the government to fulfill the promises of the Panglong Agreement and protect the rights of ethnic nationalities in Myanmar. The protesters also called on the authorities to remove a recently installed statue of General Aung San—Myanmar’s “founding father” and the architect of the Panglong Agreement—until ethnic rights are recognized in Myanmar.

The State Police and Loikaw Township Police erected barricades to block the protesters. When the unarmed crowd tore down and moved past the barricades, the police aimed water cannons and fired rubber bullets and tear gas at the protesters. According to Progressive Karenni People Force—a network of Karenni civil society organizations—the actions of the police injured 20 protesters.

Yesterday’s protest was among a series of peaceful protests that have taken place over the past several months at Kandar-Haywun Park, where the Karenni State government installed the statue of General Aung San on horseback. In response to these protests, the Loikaw Township Police have arrested and charged up to 82 protesters since July 2018.

Last week alone, Loikaw police arrested 54 protesters and filed charges under Sections 19 and 20 of the Peaceful Assembly and Peaceful Procession Law. If convicted, the protesters face up to six months’ in prison and 10,000 Myanmar Kyat (US$7) in fines. Fifteen protest organizers arrested in Loikaw in July 2018 face an additional two years’ imprisonment with hard labor and 300,000 Myanmar Kyat (US$200) in fines for alleged defamation and incitement violations under sections 505(b) and 505(c) of the Myanmar Criminal Code, respectively.

On February 12, the Karenni State Government Secretariat and a leader of the protest organizers signed an agreement in which the authorities promised to drop all charges against the 54 protesters arrested and charged last week.

“The authorities should honor their commitment to drop all charges against the protesters,” said Matthew Smith. “It’s good these protesters won’t go through the pains of the legal process, but the government needs to respect their rights moving forward.”

Under international human rights law, states have an obligation to protect the rights to freedom of peaceful assembly and expression. States may only restrict peaceful assemblies when restrictions are provided by law, proportional, and necessary to accomplish a legitimate aim. Criminal penalties for peaceful protests and for instances of defamation are not justified under international law.

International law also restricts the use of force by law enforcement officials, allowing only force that is necessary and proportionate to maintain public order. For example, the United Nations Basic Principles on the Use of Force and Firearms by Law Enforcement Officials require that law enforcement officials apply non-violent enforcement measures first and, when the use of force is unavoidable, “exercise restraint in such use and act in proportion to the seriousness of the of the offence and the legitimate objective to be achieved.” These principles apply even in actions to disperse unlawful peaceful assemblies, during which officers should apply force as a measure of last resort and “restrict such force to the minimum extent necessary.”

“The Myanmar authorities have a long history of using excessive and lethal force against peaceful protesters,” said Matthew Smith. “The government needs to break the trend now, protect the right to protest, and listen to the Karenni people.”