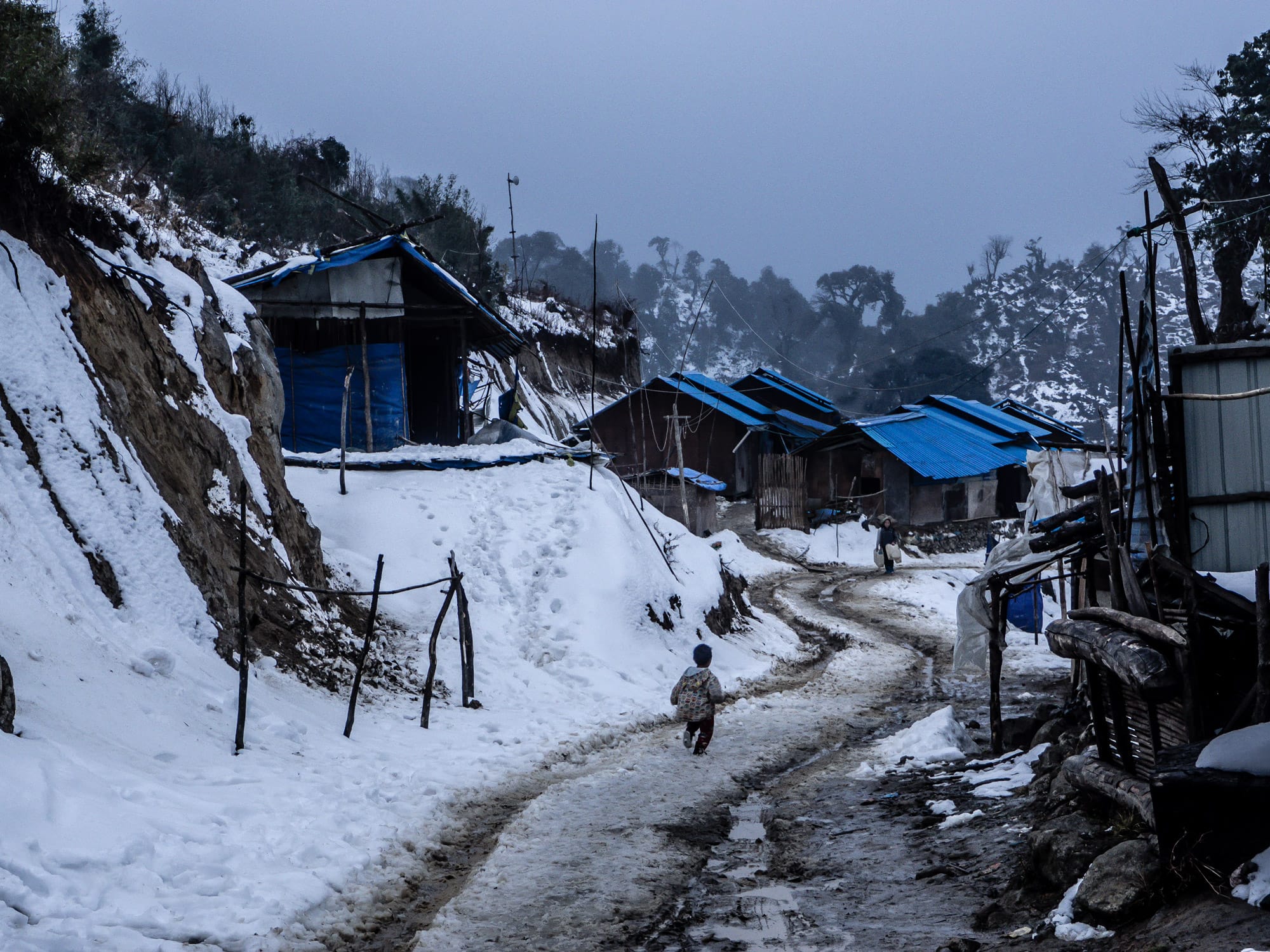 (YANGON, August 30, 2018)—The Government of Myanmar has blocked humanitarian aid to tens of thousands of Kachin civilians forcibly displaced by civil war for more than seven years and in violation of the laws of war, Fortify Rights said today in a new report. The authorities should immediately provide local and international aid groups with free and unfettered humanitarian access to all internally displaced persons in need.

“Consecutive governments and the military have willfully obstructed local and international aid groups, denying Kachin civilians access to aid,” said Matthew Smith, Chief Executive Officer of Fortify Rights. “This may amount to a war crime, giving even more reason for the U.N. Security Council to refer Myanmar to the International Criminal Court.”

While widely known that displaced civilians in Kachin State lack adequate access to aid, there have been few details to date about why and how aid fails to reach those in need. “They Block Everything”: Avoidable Deprivations in Humanitarian Aid to Ethnic Civilians Displaced by War in Kachin State, Myanmar details how Myanmar authorities—particularly the Myanmar military–have weaponized the denial of humanitarian aid in Kachin State for years. The government has willfully imposed restrictions on access to food, healthcare, shelter, water, and sanitation to tens of thousands of Kachin displaced by ongoing war between the Myanmar Army and the Kachin Independence Army (KIA), one of the largest non-state ethnic armies in the country.

The new report finds that the Chinese government privately urged Myanmar authorities and non-state ethnic armies to prevent the U.N. and international humanitarian aid organizations from operating on the Myanmar side of the border near China’s Yunnan Province, where tens of thousands of Kachin civilians are displaced and in need of aid.

There are currently more than 106,000 ethnic civilians in more than 140 displacement sites in Kachin and Shan states due to ongoing armed-conflict and human rights violations.

Based on 195 interviews conducted primarily in Kachin State during a five-year period (2013-2018), the 68-page report documents the ways in which the Government of Myanmar imposes unnecessary travel restrictions on humanitarian aid organizations. Fortify Rights visited more than 20 displacement camps in Kachin State between 2013 and 2018 and interviewed survivors and eyewitnesses of violations, internally displaced persons, U.N. officials, representatives of international and national humanitarian aid organizations, Kachin Independence Organization representatives, and KIA soldiers.

From June 2017 to June 2018, the Government of Myanmar unconditionally approved only approximately five percent of 562 applications submitted by international humanitarian agencies seeking “travel authorization” to assist displaced communities in government-controlled areas of Kachin State. Even fewer requests were approved for aid agencies seeking access to areas under the control of the KIA. Aid organizations have all but stopped submitting requests to the civilian government to access displaced populations in KIA-controlled territory, regarding attempts as futile.

The government’s travel-authorization process for aid groups in Myanmar effectively acts as a restriction on aid and humanitarian access to displaced populations in violation of international humanitarian law. The onerous and vague measures imposed through the travel-authorization process involve civilian authorities and have not only led to undue delays in the delivery of aid to people in need but have completely obstructed humanitarian operations in some areas of Kachin State.

While the Myanmar military is largely responsible for hindering the delivery of humanitarian aid to Kachin civilians, the previous administration of President Thein Sein (2011 to 2016) and the current administration of State Counsellor Aung San Suu Kyi (2016 to present) demonstrated continuity in their respective policies to deprive war-affected Kachin civilians of adequate humanitarian aid.

The report finds that without ready access to basic and lifesaving aid and assistance, displaced civilians are forced to take risky journeys in search of food and essential items outside displacement camps, exposing them to the dangers of landmines and armed conflict in Myanmar as well as exploitation and arbitrary arrest and detention in China. Aid workers seeking to circumvent the Myanmar authorities’ restrictions face similar risks to deliver aid to displaced populations on the Myanmar-China border.

Local aid organizations are under increasing threat in Kachin State. For example, on May 21, the Kachin State Minister of Security and Border Affairs accused the Kachin Baptist Convention—one of the largest providers of aid to displaced communities in KIA-controlled areas—with allegedly violating Article 17(1) of the Unlawful Associations Act for delivering aid in areas under the control of the KIA, which the Myanmar government has labeled as a “terrorist” group. Conviction under Article 17(1) carries a three-year prison sentence and/or a fine.

“Depriving civilians of aid in an attempt to overcome an ethnic army is a perverse, unlawful, and ineffective strategy,” said Matthew Smith. “All parties to this war have a duty to protect civilians and that includes by ensuring access to adequate aid.”

On August 27, the U.N. Fact-Finding Mission released findings that Myanmar authorities “frequently and arbitrarily denied” humanitarian aid to civilians in Kachin State. The independent mission said that Myanmar’s top generals should face prosecution for crimes against humanity and war crimes in Kachin, Rakhine, and Shan states. On May 1, the U.N. Special Rapporteur on the situation of human rights in Myanmar Yanghee Lee noted that “any willful impediment of relief supplies” to civilians in Kachin State “may amount to war crimes under international law.”

By failing to provide aid and imposing restrictions on humanitarian aid organizations seeking to assist displaced populations in need, the Myanmar government has failed to meet its obligations under international law. Certain authorities responsible for willfully denying lifesaving aid to Kachin civilians may be liable for war crimes.

The U.N. Security Council should urgently refer Myanmar to the International Criminal Court to investigate and potentially prosecute those responsible for human rights violations in Kachin and northern Shan states, Fortify Rights said.

“Kachin civil society has long exposed how the military’s crimes are part of a longstanding campaign against ethnic communities,” said Matthew Smith. “The international community should redouble support for Myanmar’s human rights defenders and break the cycle of impunity.”