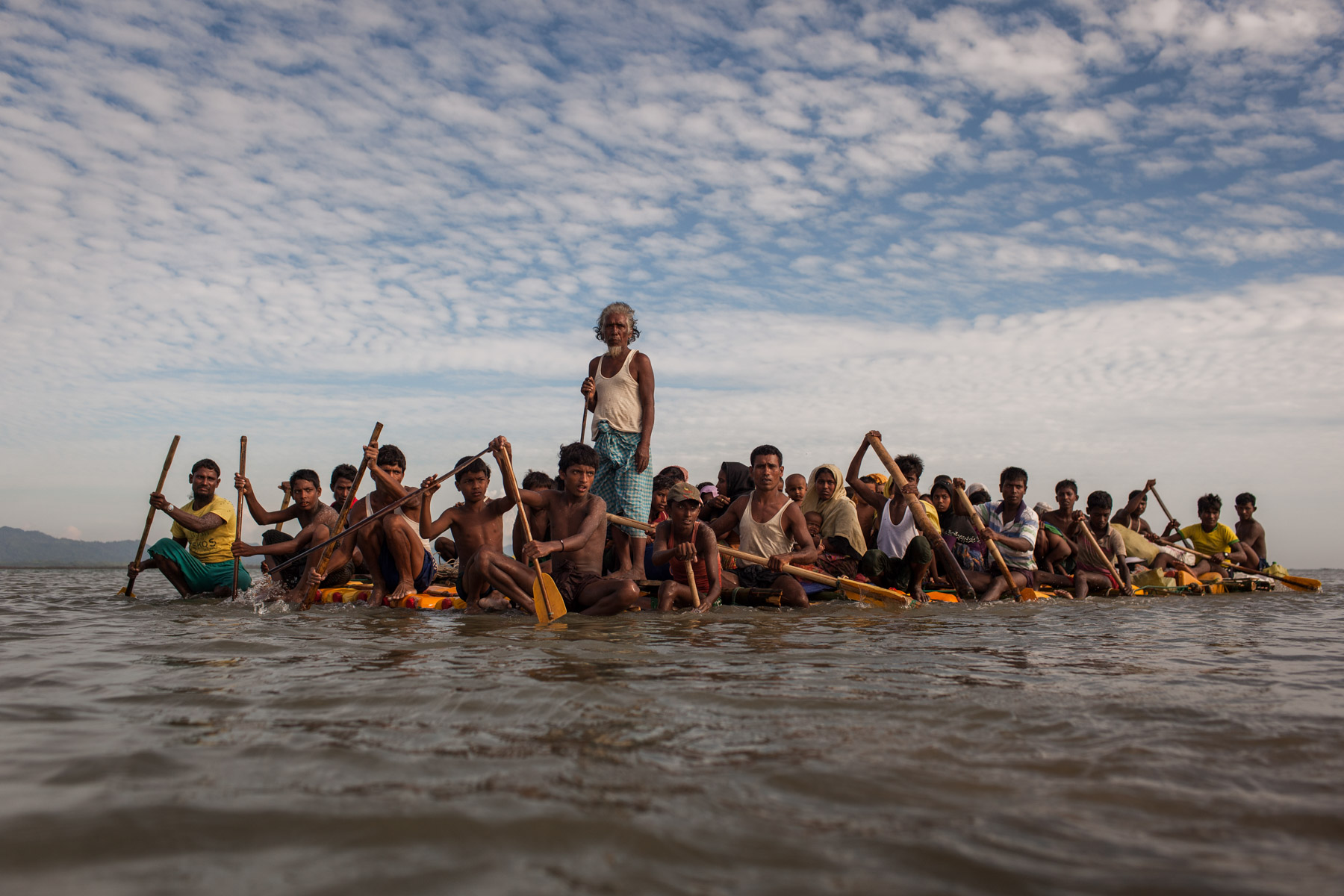 (YANGON and WASHINGTON D.C., August 27, 2018)— The United Nations Security Council should urgently refer the situation in Myanmar to the International Criminal Court (ICC) to investigate and prosecute perpetrators of mass atrocities against ethnic Kachin, Rohingya, and Shan civilians, said Fortify Rights today. The U.N. Fact-Finding-Mission today released its final report concluding that Myanmar’s top military generals should be prosecuted for genocide against Rohingya in Rakhine State as well as for crimes against humanity and war crimes in Kachin, Rakhine, and Shan states.

“These findings are devastating and highly significant,” said Matthew Smith, Chief Executive Officer at Fortify Rights. “This will necessarily shift the thinking of U.N. member states— business as usual is no longer an option. The next logical step is for member states to ensure those responsible are held accountable.”

August 25 marked the one-year anniversary of the start of a large-scale Myanmar Army-led attack on indigenous Rohingya civilians in all three townships of northern Rakhine State.

Myanmar soldiers, police, and civilian perpetrators hacked Rohingya, slit throats, and fatally shot and burned alive thousands of men, women, and children while torching and destroying hundreds of villages. More than 720,000 Rohingya refugees fled to Bangladesh in a matter of weeks, adding to the more than 74,000 Rohingya refugees who fled similar attacks in Maungdaw Township in Rakhine State in October 2016.

In July, Fortify Rights published a 160-page report exposing how the Myanmar authorities made “extensive and systematic preparations” for attacks against Rohingya civilians during the weeks and months before Rohingya militants attacked police on August 25, 2017. The report—“They Gave Them Long Swords”—finds “reasonable grounds” that the crimes against Rohingya constitute genocide and crimes against humanity, and it identifies 22 Myanmar Army and police officials who should be criminally investigated for their roles in atrocities.

At least 27 Myanmar Army battalions and three combat police battalions, comprising an estimated 11,000 soldiers and 900 police personnel, were involved in the August 2017 attacks in northern Rakhine State, according to the Fortify Rights report.

Members of the Arakan Rohingya Salvation Army (ARSA) are also responsible for abuses. ARSA threatened, beat, and, in some cases, killed Rohingya they suspected of being government informants.

The Fact-Finding-Mission made its conclusions based on the “reasonable grounds” standard of proof.

The fighting between the Myanmar Army and KIA forcibly displaced more than 100,000 civilians in Kachin and northern Shan states since 2011 more than 100,000 civilians were forcibly displaced since 2011, including thousands this year. Myanmar Army soldiers killed, raped, and tortured Kachin civilians with impunity, used human shields, destroyed non-military targets such as homes and Christian churches, and willfully denied humanitarian aid to displaced populations. The KIA also committed abuses, including through the use of landmines and the recruitment and use of child soldiers.

The U.N. Human Rights Council created the Independent International Fact-Finding-Mission through a resolution on March 24, 2017. The mission was tasked to “establish the facts and circumstances of the alleged recent human rights violations by military and security forces . . . with a view to ensure full accountability for perpetrators and justice for victims.” It was mandated to focus on the situation of human rights in Rakhine as well as Kachin and Shan states.

To date, Myanmar State Counsellor Aung San Suu Kyi refused to cooperate with the Fact-Finding Mission. In May 2017, 59 Myanmar-based civil society organizations called on their government to reverse course and fully cooperate with the mission.

The Fact-Finding-Mission documented a vast amount of information from primary sources, including 875 in-depth interviews with victims and eyewitnesses, satellite imagery, authenticated documents, photographs, and videos.

The Government of Myanmar continues to deny aid groups, journalists, and human rights monitors—including the Fact-Finding Mission—access to areas of northern Rakhine State. There are an estimated 550,000 Rohingya still living in Rakhine State, many in desperate need of humanitarian aid. The Government of Myanmar continues to deny them freedom of movement and equal access to citizenship rights, and confines more than 125,000 Rohingya—mostly Muslim survivors of 2012 violence—in more than 20 internment camps in five townships in Rakhine State.

In addition to a referral to the ICC, the U.S. and U.N. member states should support the establishment of a new U.N. mechanism to build on the work of the U.N. Fact-Finding Mission and ensure the collection and preservation of evidence that may be used for future prosecutions, Fortify Rights said. This new mechanism should focus on international crimes in at least Rakhine, Kachin, and Shan states and involve and engage local communities from its onset.

“The international community needs to address the root causes of these crises, beginning with military impunity,” said Matthew Smith. “It’s too late for a wait-and-see approach. The Myanmar authorities proved that domestic remedies are exhausted.”