Myanmar: Deadline to Report on Rape of Rohingya to UN 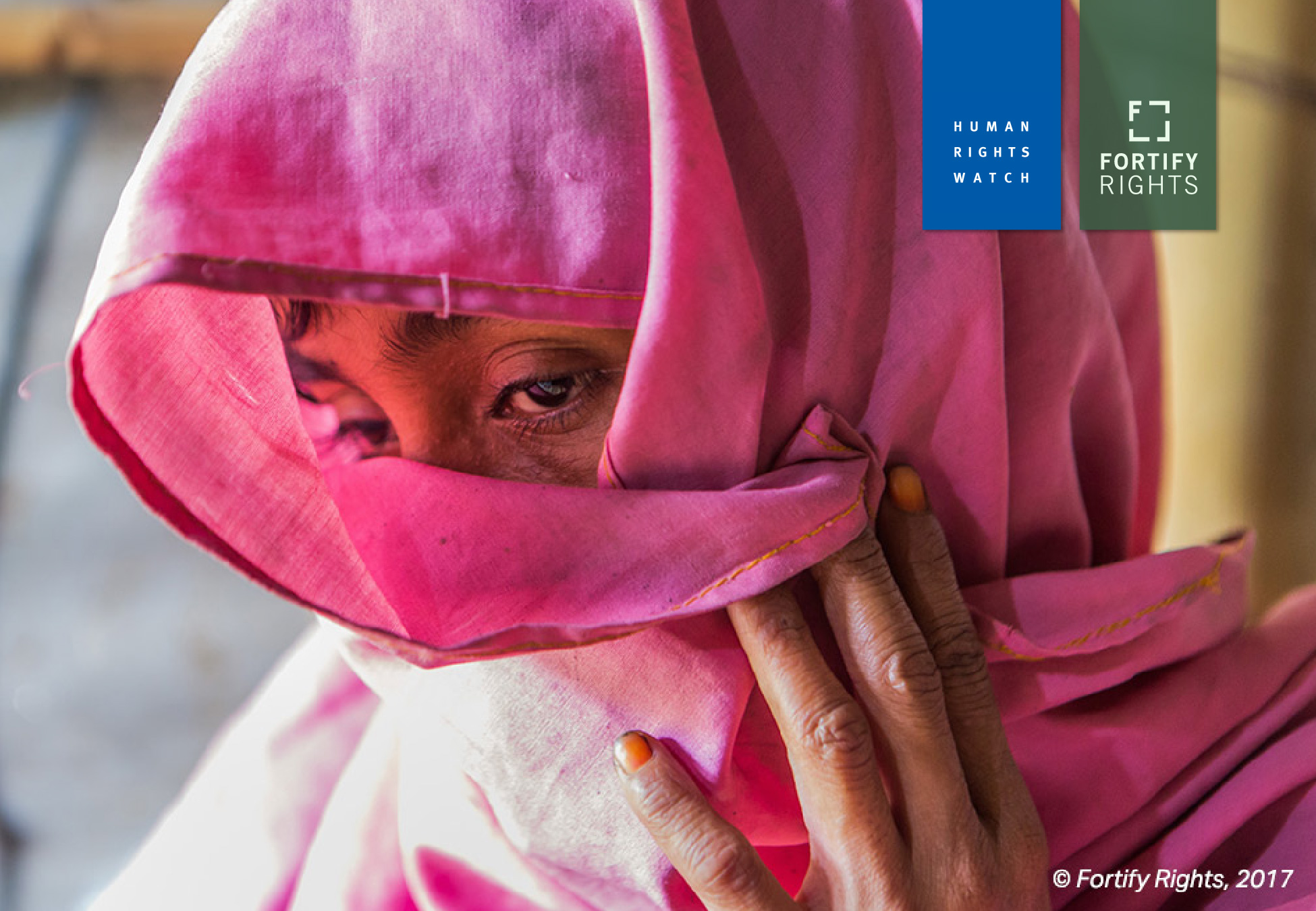 (Yangon, May 24, 2018) – Myanmar should comply with a United Nations committee’s request for information on the military’s responsibility for widespread rape of Rohingya women and girls in northern Rakhine State, Human Rights Watch and Fortify Rights said today. The two groups provided the committee with an 11-page joint report on sexual violence committed by Myanmar’s security forces against Rohingya villagers in 2016 and 2017.

In November 2017, the independent expert committee monitoring implementation of the Convention on the Elimination of All Forms of Discrimination against Women (CEDAW), a global women’s rights treaty, requested the Myanmar government submit a report on the situation of women and girls from northern Rakhine State by May 28, 2018. The CEDAW committee has only requested such an “exceptional report” three times previously.

The CEDAW committee request followed numerous reports of Myanmar army-led attacks on Rohingya Muslims, including mass killings, rape and other sexual violence, and widespread arson in hundreds of predominantly Rohingya villages, forcing more than 717,000 Rohingya to flee to neighboring Bangladesh since August 2017.

The joint report by Human Rights Watch and Fortify Rights includes information based on hundreds of interviews with Rohingya refugees in Bangladesh, including 37 women and girls who were raped in August and September 2017, mostly by gangs of uniformed soldiers. Witnesses and survivors also saw many other women and girls raped in groups, which amounted to patterns of gang rapes, as well as biting, kicking, and other physical abuse. Many recounted soldiers killing their elderly parents or children, including by throwing their infants into fires.

The CEDAW committee requested that Myanmar’s government provide information on the battalions that carried out the attacks in northern Rakhine State and their commanding officers. As a party to CEDAW, Myanmar is required to report on its implementation of the convention, including in the case of exceptional reports, which are requested in situations where there is “reliable and adequate information indicating grave or systematic violations of women’s human rights.”

Myanmar’s government claims it instructs its security forces to respect military codes of conduct that forbid rape. It has repeatedly denied that its forces committed rape, including through biased investigations that lack credibility. A Rakhine State minister responded to reports of sexual violence against Rohingya last year by saying: “Look at those women who are making these claims – would anyone want to rape them?”

The CEDAW committee also requested that the Myanmar government report on any efforts to provide justice and other reparations to sexual violence victims, as well as on access to sexual and reproductive health care for Rohingya women and girls. Successive Myanmar governments have persecuted the Rohingya for decades, denying them citizenship rights, freedom of movement, and equal access to education and health care.

Sexual violence, like torture, is often followed by long-term trauma and serious mental health consequences including anxiety, depression, and post-traumatic stress disorder. Rohingya survivors of sexual violence and other attacks should be able to access long-term health care services as well as a path to justice and voluntary, dignified, and safe return to their homes, Human Rights Watch and Fortify Rights said.

International condemnation and calls for independent, rigorous investigations have been growing. In April 2018, the Myanmar army was included on the UN secretary-general’s “list of shame,” a register of national armed forces and armed groups whose members are credibly suspected of carrying out sexual violence.

The Myanmar government has continued to deny the UN Fact-Finding Mission and UN special rapporteurs access to northern Rakhine State. The authorities also continue to obstruct the delivery of humanitarian aid to vulnerable populations.

“Myanmar has repeatedly ignored international calls for information and access,” Smith said. “The CEDAW committee’s report request was an important step, but the UN should now ramp up its pressure on the government to end its atrocities against women and girls as well as its denials of abuses ever taking place.”