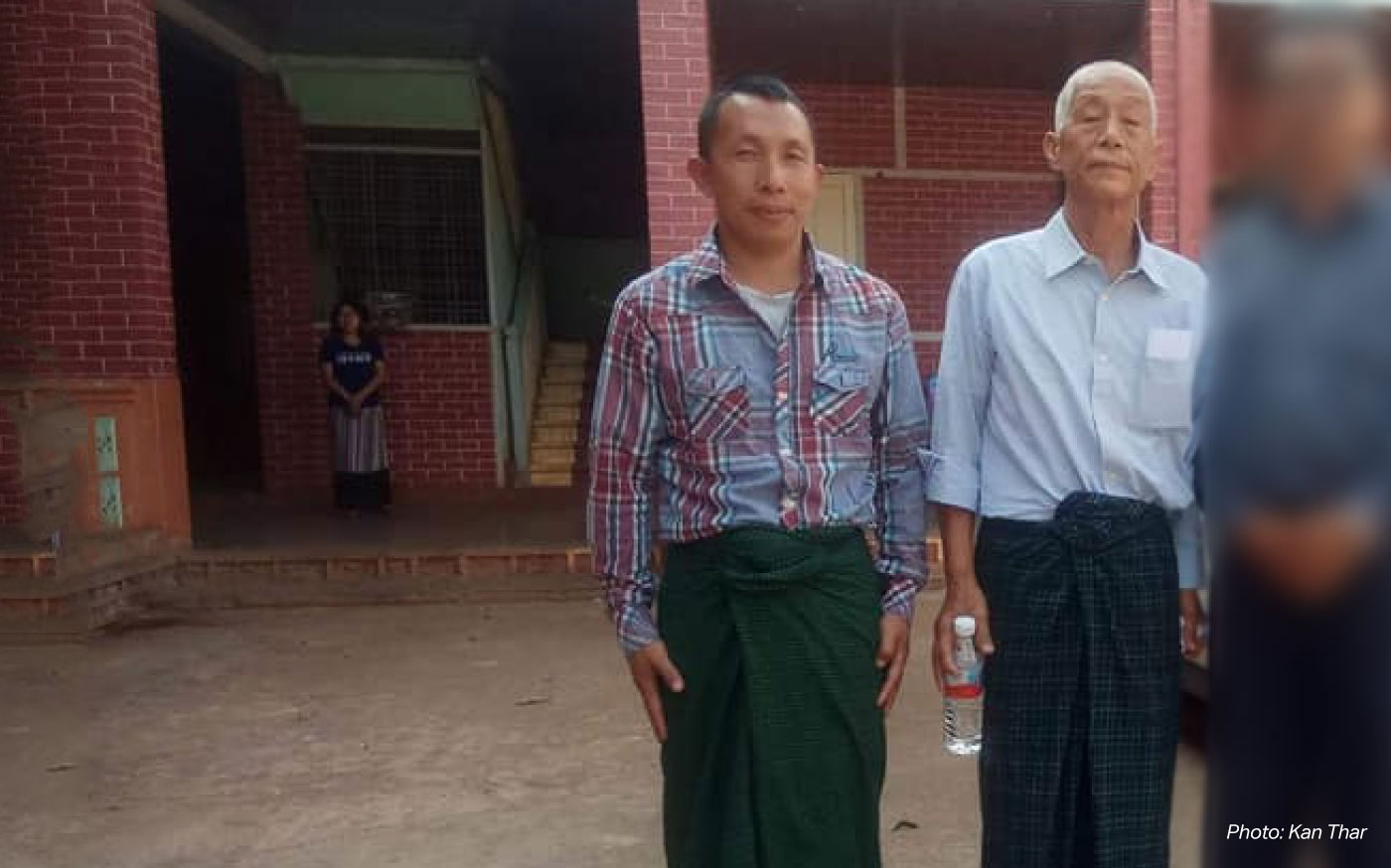 “It’s a relief to see Dumdaw Nawng Lat and Langjaw Gam Seng reunited with their families. They shouldn’t have spent a single day in prison,” said Matthew Smith, Chief Executive Officer of Fortify Rights. “Today’s amnesty shouldn’t distract from the fact that scores of political prisoners remain behind bars in Myanmar.”

The office of newly-elected President Win Myint announced the amnesty in a statement today, saying: “To bring peace and pleasure to people’s heart, and for the sake of humanitarian support, 8,490 prisoners from respective prisons will be given the pardon.”

In October 2017, Lashio District Court sentenced Dumdaw Nawng Lat, an assistant pastor with the Kachin Baptist Convention (KBC), to 51 months in prison and Langjaw Gam Seng, a KBC youth leader, to 27 months in prison for alleged affiliations with the Kachin Independence Army (KIA)—an ethnic armed group in active conflict with the Myanmar military. The court also convicted Dumdaw Nawng Lat with criminal defamation for providing information about the Myanmar military’s alleged airstrikes during a phone interview with Voice of America on December 1, 2016.

Fortify Rights called on President Win Myint to immediately free all remaining political prisoners as well as individuals who are arbitrarily detained.

Human rights defenders continue to face charges and arbitrary detention for their human rights work in Myanmar. For example, on June 13, 2017, Major Kyi Min Htun of Myanmar Army Light Infantry Division 101 filed a criminal defamation complaint against Dashi Naw Lawn—the General Secretary of the Kachin National Development Foundation—in the Hpakant Township Court, Kachin State. The military filed the complaint against Dashi Naw Lawn after approximately 25 youths from the Kachin National Development Foundation distributed pamphlets in Hpakant Township on June 9, 2017 alleging that the Myanmar military raped and killed Kachin women and destroyed villages and religious sites during the conflict in Kachin State. These and similar allegations are based on well-documented violations during the course of the war in Kachin State.

Fighting between the Myanmar military and the KIA has intensified in recent weeks. On April 16, the United Nations Office for the Coordination of Humanitarian Affairs reported ongoing conflict in Tanai, Hpakant, Myitkyina, Momauk and Moegaung townships, and around Laiza—the headquarters of the KIA and home to an estimated 11,000 displaced persons. On April 11, the Joint Strategy Team—a coalition of Kachin civil society groups—reported that one civilian was killed by mortar shell and hundreds more displaced as a result of the conflict

An estimated 90,000 internally displaced persons currently reside in 164 displacement sites across Kachin State, with more than 38,000 living in areas under control of the KIA. The Government of Myanmar continues to impose severe restrictions on humanitarian groups operating across Kachin State, driving avoidable deprivations in the provision of food, shelter, healthcare, water, sanitation, hygiene materials, and other life-saving aid.

On April 8, following a six-day mission to Myanmar, Assistant Secretary-General for Humanitarian Affairs and Deputy Emergency Relief Coordinator Ursula Mueller called the conflict in Kachin “a forgotten humanitarian crisis,” noting, “Humanitarian access in Myanmar has significantly worsened in the last year, not only in Rakhine but also in Kachin and Shan States.”

“Civilians are still running for their lives in Kachin State, and the government is silent,” said Matthew Smith. “The government has an obligation to ensure aid for the displaced and to hold perpetrators accountable. We’re not seeing any progress in these areas.”