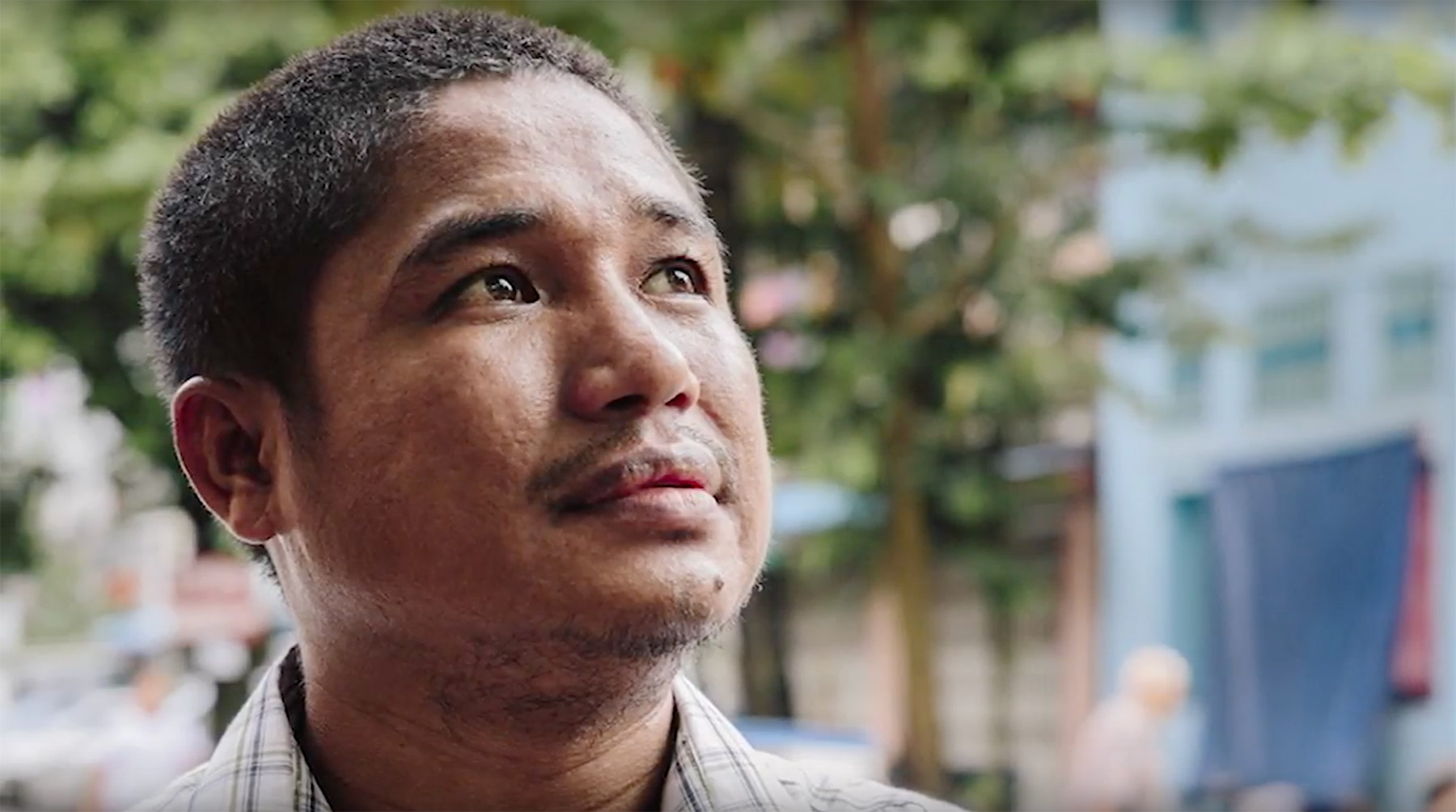 “We’re relieved to see Khaing Myo Htun free today, but the authorities should never have imprisoned him,” said Matthew Smith, Chief Executive Officer of Fortify Rights. “He spent more than a year and six months behind bars for standing up for human rights. The government owes him and other political prisoners reparations and a measure of justice.”

On April 24, 2016, the Arakan Liberation Party (ALP) published a statement claiming the Myanmar Army used forced labor and committed other violations against civilians in Rakhine State during fighting with the Arakan Army—an ethnic armed group engaged in armed conflict with the Myanmar Army since April 2015. At the time of the statement, Khaing Myo Htun was the ALP’s deputy information officer.

On September 14, 2017, during Khaing Myo Htun’s trial, two defense witnesses gave evidence consistent with the ALP’s allegations, testifying that in 2016 the Myanmar Army forced them to carry supplies and weapons during armed conflict with the Arakan Army. Fortify Rights and its partners documented seven cases of forced labor by the Myanmar Army during fighting with the Arakan Army in December 2015 and January 2016. Myanmar Army soldiers forced ethnic-Rakhine civilians to dig graves and porter for them under the threat of death.

There are no indications that the Myanmar authorities investigated the allegations of forced labor, Fortify Rights said.

Khaing Myo Htun spent nine months in prison before the Sittwe Township Court confirmed the charges against him and his trial commenced. The Sittwe Township and District courts denied his applications for bail in August 2016 and February 2017 despite repeated delays with the hearings.

Myanmar authorities have continued to target other journalists and human rights defenders in recent months. On December 12, 2017, Myanmar police arrested Reuters journalists Wa Lone, 31, and Kyaw Soe Oo, 27, and later charged them with allegedly violating the Official Secrets Act while investigating atrocity crimes against Rohingya in Rakhine State. On February 1, 2018, the Insein Township Court rejected the bail application for the two journalists. They face 14 years in prison if convicted.

On October 27, 2017, the Lashio District Court in northern Shan State sentenced ethnic Kachin religious leaders Dumdaw Nawng Lat, 68, and Langjaw Gam Seng, 36, to 51 months and 27 months in prison, respectively under the Unlawful Associations Act and other charges. The authorities arrested the two Kachin leaders after they assisted journalists with an investigation into alleged human rights violations committed by the Myanmar military in northern Shan State in late 2016. The Court also convicted Dumdaw Nawng Lat of criminal defamation under Section 500 of the Myanmar Penal Code for providing journalists with information about the Myanmar military’s alleged airstrikes on civilians in December 2016.

Similarly, on June 13, 2017, Major Kyi Min Htun of Myanmar Army Light Infantry Division 101 filed a criminal defamation complaint under Section 500 of the Myanmar Penal Code against ethnic Kachin human rights defender Dashi Naw Lawn in the Hpakant Township Court in Kachin State. The complaint relates to the distribution of pamphlets in Hpakant Township by the Kachin National Development Foundation—of which Dashi Naw Lawn is the General Secretary—alleging that the Myanmar military committed human rights violations during the conflict in Kachin State. Hpakant Township and Hpakant District Courts have rejected Dashi Naw Lawn’s appeals for the charges to be dropped. He faces up to two years in prison and/or a fine if convicted.