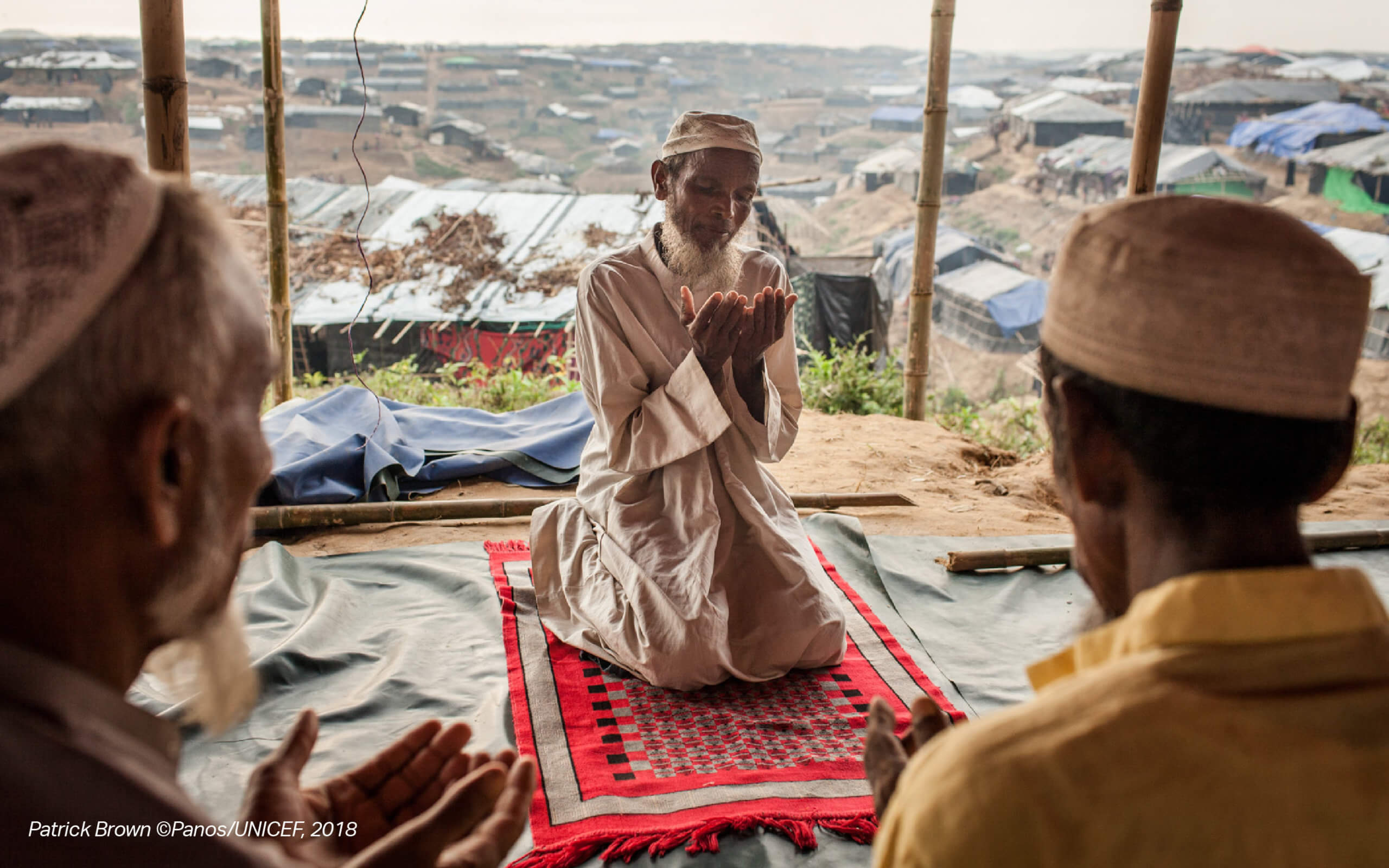 Governments convene to raise US$1 billion for Rohingya relief

(BANGKOK October 21, 2020)—Donor governments seeking to raise one billion dollars in aid for Rohingya should acknowledge the crimes perpetrated against them in Myanmar as genocide and crimes against humanity, Fortify Rights said today. Tomorrow, the United States, United Kingdom, European Union, and the U.N. refugee agency will co-host a virtual donor conference to raise humanitarian funds for displaced Rohingya and host communities.

“Genocide is the root cause of the humanitarian needs, and governments should acknowledge that,” said Matthew Smith, Fortify Rights Chief Executive Officer. “If we ever hope to live in a world free from genocide, we have to diagnose it as it’s unfolding. Any failure to address the root crimes will only invite this annual scramble for funds, year after year.”

This week, Fortify Rights joined Refugees International and 33 other organizations in a joint letter to U.S. Secretary of State Mike Pompeo, calling on the U.S. Government to make a genocide determination with regard to the crimes committed against the Rohingya in Myanmar.

“A genocide determination would send a sense of urgency to spur the kind of multi-lateral diplomatic engagement and pressure needed to ensure that Myanmar refrains from committing further atrocities and, ultimately, creates the conditions conducive to the safe, voluntary, and informed return of Rohingya refugees to their homeland,” the joint letter said.

Rohingya people have long decried the acts of violence committed against them as genocide. Unpublished quantitative data collected by Fortify Rights and a team of Rohingya researchers found that 100 percent of Rohingya respondents in Bangladesh believe the Myanmar military is intent on destroying them. The U.S. Government has never publicly determined the Myanmar military committed genocide or crimes against humanity.

On October 23, The Gambia will file a “Memorial” in its lawsuit against Myanmar at the International Court of Justice in The Hague, making its case for how the Government of Myanmar is responsible for genocide against Rohingya in Rakhine State. The same day, U.N. Special Rapporteur on the human rights situation in Myanmar Tom Andrews is scheduled to address the U.N. General Assembly.

In 2016 and 2017, the Myanmar Army led a campaign of massacres, mass rape, and mass arson, forcibly deporting more than 800,000 Rohingya men, women, and children to Bangladesh. Up to 600,000 Rohingya remain in Myanmar and continue to face genocide and other international crimes.

In 2018, Fortify Rights, and later a U.N. Fact-Finding Mission on Myanmar, determined that attacks against Rohingya in 2016 and 2017 amounted to genocide. While funding for the international relief effort is vital, the international community must also address the root causes of the crisis, including the disenfranchisement of Rohingya and denial of citizenship rights, Fortify Rights said.

Under Myanmar’s 1982 Citizenship Law, the government denies access to full citizenship for individuals who do not belong to certain “national” ethnic groups determined by the Government of Myanmar. The government relies on an arbitrary and disputed list of 135 recognized ethnic groups that excludes Rohingya, and the government is disenfranchising Rohingya from national elections November 8.

The Government of Myanmar also continues to confine more than 125,000 Rohingya to more than 20 internment camps in five townships of Rakhine State, and it continues to enforce draconian, discriminatory restrictions on Rohingya, including severe restrictions on freedom of movement. In 2015, Fortify Rights and the Allard K. Lowenstein International Human Rights Clinic at Yale Law School found these policies were deliberately designed to be destructive to the existence of Rohingya in Rakhine State.

“The generosity of the international community towards Rohingya relief is crucial and commendable,” said Matthew Smith. “Governments must unite in condemning genocide and mass atrocities. Silence on the nature of these crimes only benefits the perpetrators.”