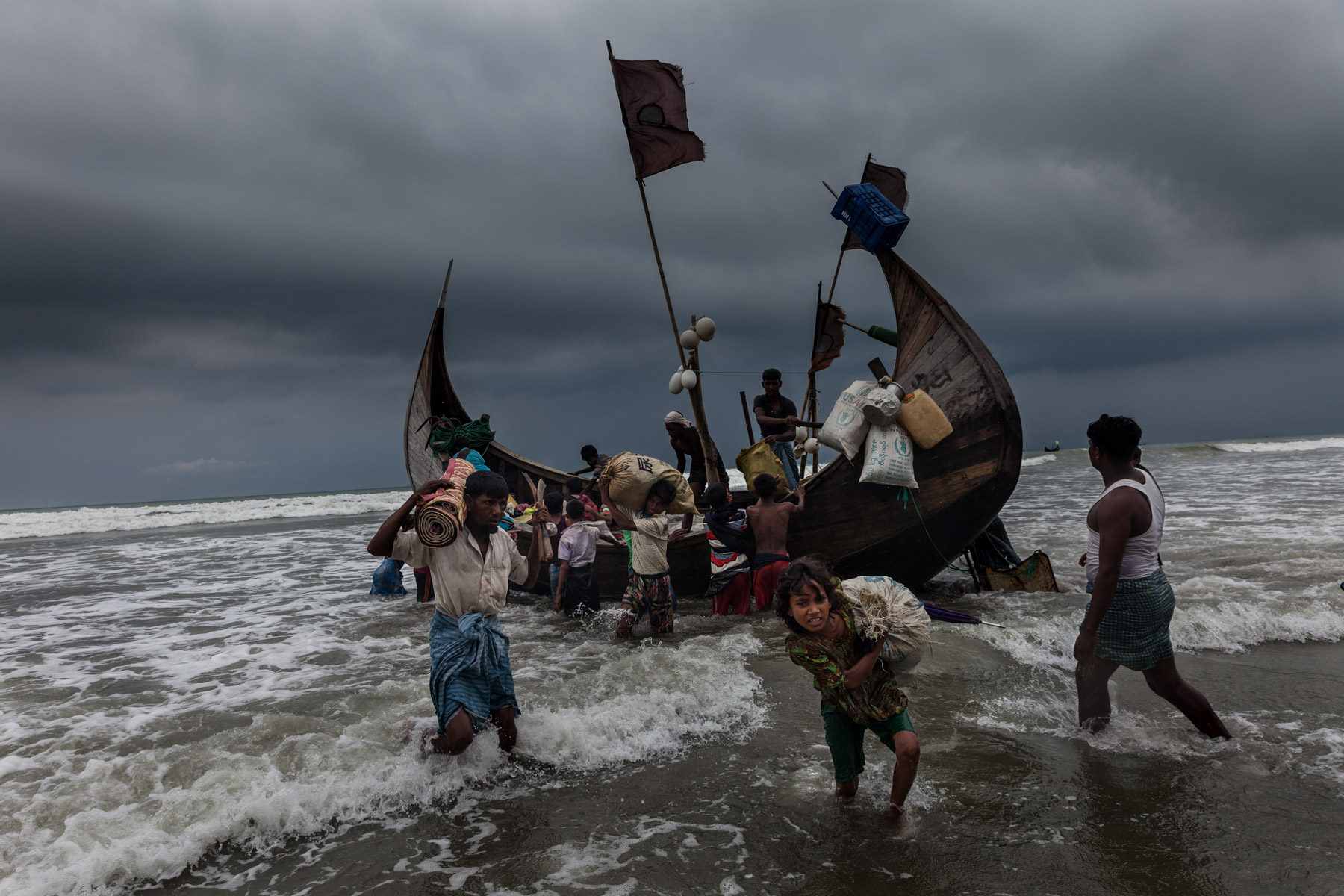 (WASHINGTON D.C. and YANGON, September 7, 2018)—The United Nations Security Council should refer the situation in Myanmar to the International Criminal Court (ICC) to investigate the full spectrum of atrocity crimes in Myanmar, Fortify Rights said today. In a historic decision, the ICC yesterday granted the Prosecutor jurisdiction to investigate and possibly prosecute the crime against humanity of deportation of Rohingya to Bangladesh as well as persecution and other inhumane acts.

“The court’s decision is monumental, but this is just a first step,” said Matthew Smith, Chief Executive Officer at Fortify Rights. “This decision should inspire more international action, not less. An ICC referral from the Security Council now would enable the court to investigate the full spectrum of atrocities against Rohingya, Kachin, Shan, and others.”

The United States is currently the chair of the 15-member U.N. Security Council. Nine member states would need to vote in favor of a resolution to refer the situation in Myanmar to the ICC. Any of the five permanent members—the U.S., the U.K., China, Russia, and France—could veto such action.

On April 9, the Office of the Prosecutor at the ICC requested jurisdiction to investigate and possibly prosecute the crime of deportation of Rohingya from Myanmar to Bangladesh. Bangladesh is a state party to the ICC; Myanmar is not. On September 6, the Pre-Trial Chamber granted the court jurisdiction “over the alleged deportation of members of the Rohingya people from Myanmar to Bangladesh” as well as “other crimes within the jurisdiction of the Court,” including persecution and other inhumane acts against Rohingya.

The Pre-Trial Chamber’s decision will enable the Chief Prosecutor to begin an investigation and possible prosecution of the crime against humanity of forced deportation of Rohingya to Bangladesh. This is the first time the court is exercising jurisdiction over crimes involving Myanmar.

Under Article 7 of the Rome Statute, a crime against humanity is committed when one or more prohibited criminal acts enumerated by the Statute are “committed as a part of a widespread or systematic attack directed against any civilian population, with knowledge of the attack.” The crime of deportation or forcible transfer occurs when persons are moved from an area where they are lawfully present by expulsion or other coercive acts, and the transfer is impermissible under international law. Deportation refers to movement from one country to another, whereas forcible transfer encompasses transfers within one country.

In July, Fortify Rights published a 160-page report exposing how the Myanmar authorities made “extensive and systematic preparations” for attacks against Rohingya civilians during the weeks and months before Rohingya militants attacked police on August 25, 2017. The report—“They Gave Them Long Swords”—finds “reasonable grounds” that the crimes against Rohingya constitute genocide and crimes against humanity, and it identifies 22 Myanmar Army and police officials who should be criminally investigated for their roles in atrocities.

Myanmar military-led attacks against Rohingya civilians in August and September 2017 forced more than 700,000 Rohingya to flee to Bangladesh. Similar attacks in October 2016 displaced approximately 94,500 Rohingya, with more than 74,000 Rohingya fleeing to Bangladesh. Fortify Rights documented how Myanmar state security forces expressly told some Rohingya to leave their homes and how other Rohingya fled Myanmar Army-led massacres, mass rape, and the wholesale destruction of their villages. Even when military authorities did not physically force Rohingya to leave, the “force” requirement was likely met given the wider context of mass killings and destruction of property, Fortify Rights said.

A U.N.-appointed Independent International Fact-Finding Mission recently found that Myanmar’s top military generals should be investigated and prosecuted for genocide against Rohingya in Rakhine State as well as for crimes against humanity and war crimes in Kachin, Rakhine, and Shan states.

The expert-led Fact-Finding Mission reported that the Myanmar military’s operations in Kachin and Shan states are “characterized by systematic attacks directed at civilians and civilian objects, and indiscriminate attacks.” The mission documented killings, rape, torture, enforced disappearances, arbitrary arrest and detention, and the frequent and arbitrary denial of humanitarian aid to Kachin and Shan civilians.

The Fact-Finding Mission recommended that the Security Council refer the situation in Myanmar to the ICC.

There are currently more than 106,000 displaced ethnic-civilians in more than 140 displacement sites in Kachin and Shan states due to ongoing armed-conflict and human rights violations. In a recent report—“They Block Everything”—Fortify Rights exposed how the Myanmar civilian and military authorities have weaponized the denial of aid to Kachin civilians since 2011. Such willful denials of aid may amount to war crimes and should be investigated by the ICC, Fortify Rights said.

“Myanmar officials and military commanders, soldiers, and others responsible for atrocities against ethnic populations should know that their crimes won’t be tolerated or forgotten,” said Matthew Smith. “Survivors won’t be silenced, and communities in Myanmar will continue to work to ensure justice and accountability.”