“They Gave Them Long Swords” 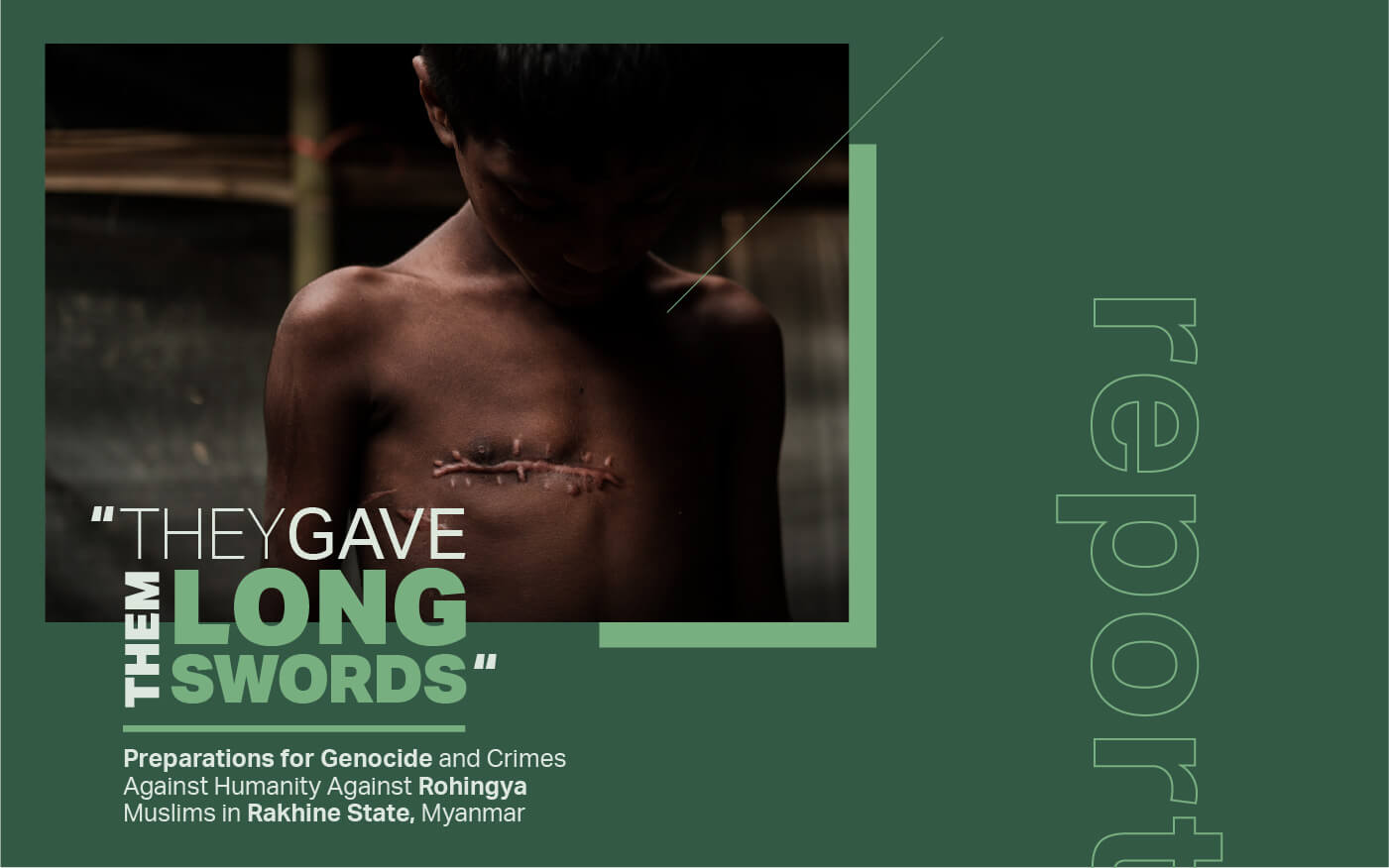 Preparations for Genocide and Crimes Against Humanity Against Rohingya Muslims in Rakhine State, Myanmar

The dominant narrative about what occurred in Myanmar’s northern Rakhine State in 2017 suggests that Rohingya militants attacked police outposts and instigated a spontaneous Myanmar Army-led crackdown, forcing hundreds of thousands of Rohingya to escape to Bangladesh.

“They Gave Them Long Swords” provides the most comprehensive legal findings to date about the situation in Rakhine State, identifying 22 Myanmar officials who should be criminally investigated for genocide and crimes against humanity. It also reveals new information about how civilian perpetrators worked alongside the Myanmar military to perpetrate atrocities against Rohingya civilians. Fortify Rights and Rohingya advocates are calling on the United Nations Security Council to urgently refer the situation in Myanmar to the International Criminal Court.