“No Politics on Campus” 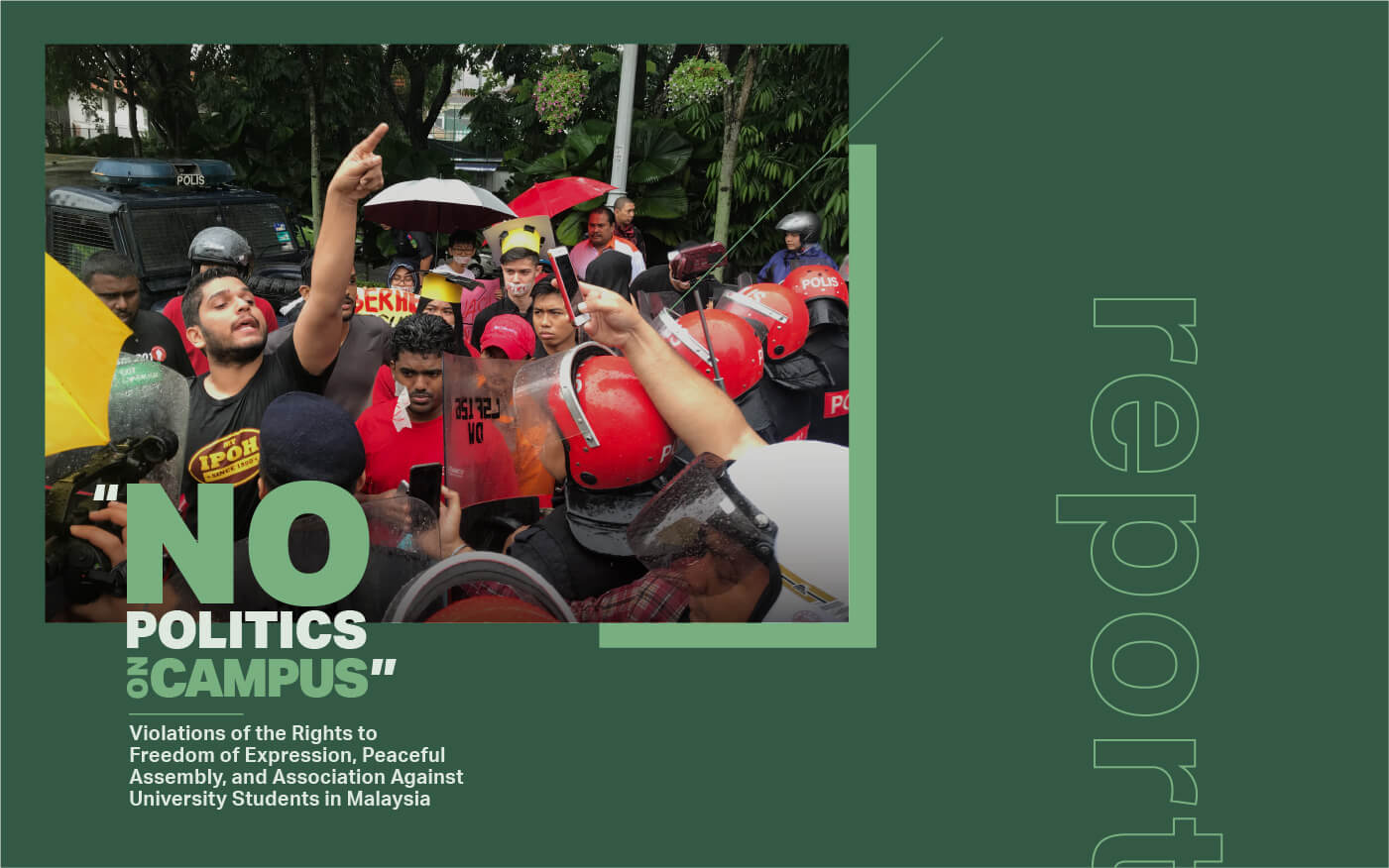 Violations of the Rights to Freedom of Expression, Peaceful Assembly, and Association Against University Students in Malaysia

For nearly five decades, the Malaysian authorities and public universities have used the Universities and University Colleges Act 1971 (AUKU) and the University Rules (Discipline of Students) 1999 to control student activities both on and off campus and restrict their right to exercise basic freedoms.

Based on 17-month-long investigation involving more than 60 interviews with students from ten of Malaysia’s 20 public universities, the xx-page report “No Politics on Campus”: Violations of the Rights to Freedom of Expression, Peaceful Assembly, and Association Against University Students in Malaysia documents recent violations affecting the rights of university students in Malaysia. It exposes explicit provisions in AUKU and the Disciplinary Rules that prevent students from engaging in otherwise lawful activities. Under these laws, universities have warned, fined, or suspended students for organizing and/or participating in off-campus public rallies, raising placards at university events, and organizing press conferences to discuss issues of concern to university students. In some cases, the Malaysian authorities called upon universities to take disciplinary action against specific students, and the universities complied.

AUKU, the Disciplinary Rules, and Malaysian universities’ disciplinary actions against students for engaging in political activism on and off-campus violate the rights to freedom of speech, peaceful assembly, and association under the Federal Constitution of Malaysia and international law.

The Government of Malaysia should amend AUKU and protect the rights to freedom of speech, peaceful assembly, and association.