‘Fake news’ cannot be resolved with a legislative sledgehammer 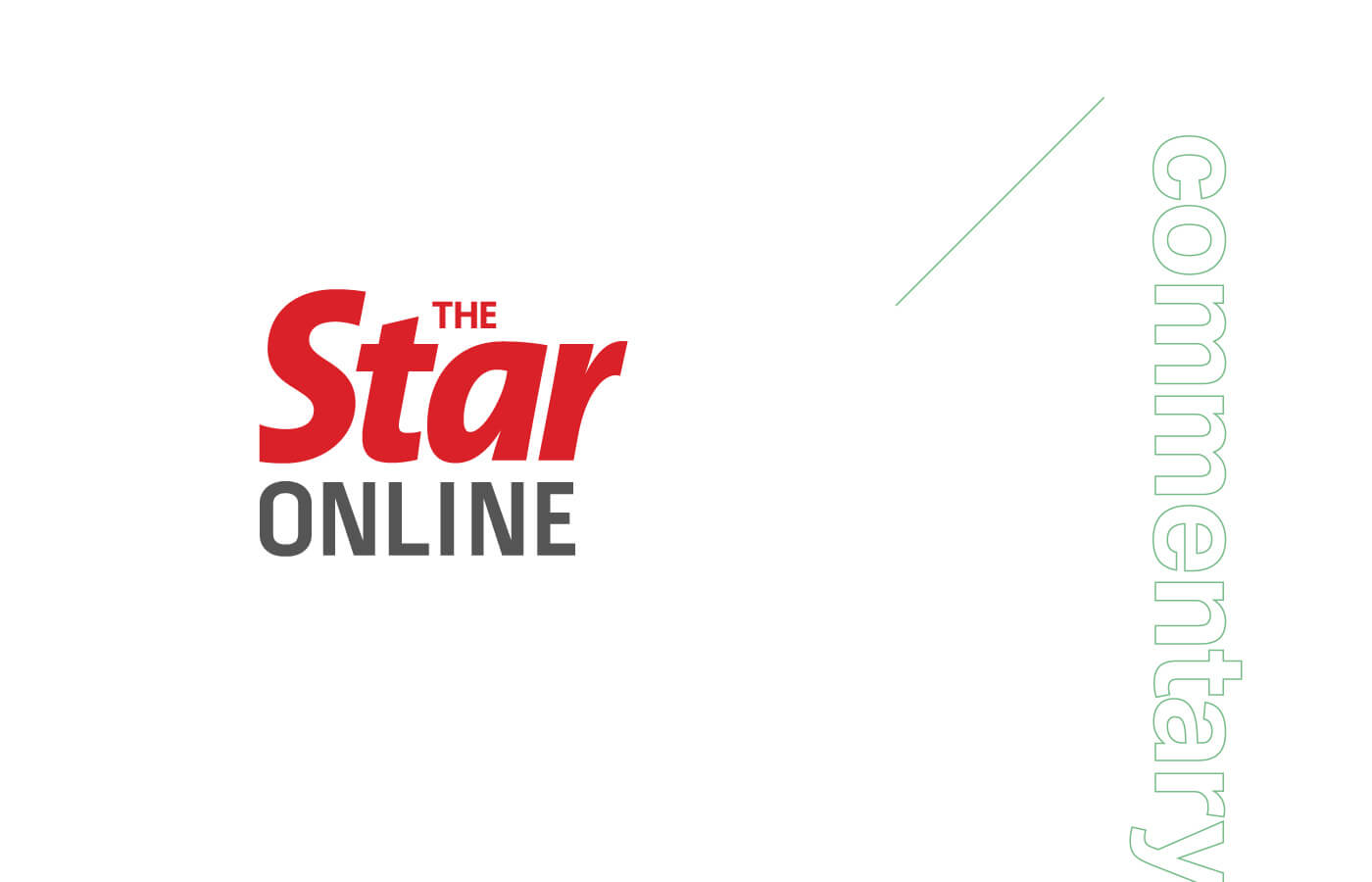 By Eric Paulsen in The Star

In the wake of the recent “riot” in Malaysia surrounding the Sri Maha Mariamman temple in Subang Jaya, Selangor, as well as the controversy about whether the government should ratify the international convention against racial discrimination, ICERD, the Royal Malaysian Police (PDRM) noted an increase in inflammatory social media posts, including “fake news” or exaggerated or blatantly false information. Moreover, political opposition to the government continues to exploit racial and religious sentiments to pit Malays against non-Malays, Muslims against non-Muslims, and polarise everyone further.

In this toxic environment, the government has once again turned towards section 233 of the Communications and Multimedia Act 1998 (CMA) to target those behind false or inflammatory statements. Some commentators have even wondered if the government’s commitment to repeal the Sedition Act 1948 was too hasty.

Section 233 of the CMA was long used by former Prime Minister Datuk Seri Najib Tun Razak’s administration to target political opponents, which is why Communications and Multimedia Minister Gobind Singh Deo announced plans in September 2018 to tighten the scope of the offence to prevent further abuse of its vague terms. However, as the government seeks to reassure the public by flexing its legislative muscle, there is now a risk that planned amendments may take a darker turn.

Section 233 has been singled out for amendment for good reason. The widely drafted provision criminalises the use of network facilities or network services by a person to transmit any communication that is deemed to be “obscene, indecent, false, menacing or offensive in character”. It was conveniently used as a cudgel to hound and persecute political opponents during Najib’s time in office. Thus, the suggested changes are purported to tighten the scope of the offence and introduce the requirement of proof of intent to prevent arbitrary prosecution.

On the face of it, these amendments are sensible. Taken in context, however, a different picture emerges. While tightening the scope of the offence is well and good, preventing any future abuse by the authorities will require the threshold for prosecution to be significantly higher than what it currently is.

A good start to rectify the offence-threshold problem can be found in other similar legislation around the world. In Britain, the Malicious Communications Act 1988 and the Communications Act 2003 contain similar provisions to our section 233, with one distinguishing feature: the content in question must be “grossly” offensive. The addition of this word – interpreted conservatively by British courts – serves to elevate the offence to apply only in the most serious of circumstances.

More importantly, however, the amendment does not address the fundamental issue that has plagued the implementation of section 233: the fact that with its current threshold requirement, it is a threat to freedom of speech in Malaysia. According to the then Deputy Communications Minister Datuk Seri Jailani Johari in a Parliamentary answer in November 2017, between January and September 2017, 269 cases were investigated under the CMA 1998, with 146 cases under section 233 – mostly certain to be politically-motivated investigations designed to protect the then government and its leaders.

In the absence of proper prosecution policies in the Attorney-General’s Chambers (AGC) and the Malaysian Communications and Multimedia Commission (MCMC), the political powers-that-be have full rein to investigate and prosecute anybody on the flimsiest of pretexts. In 2017, a factory worker was sentenced to four months’ imprisonment for posting a cartoon of Najib with an offensive caption on Facebook; on that very same day, three others were charged separately for “insulting” the then prime minister on Facebook.

As it stands now, depicting Najib as a clown, along with the MCMC logo, is an offence under section 233. The AGC recently appealed to enhance activist Fahmi Reza’s sentence after the High Court set aside the trial judge’s sentence of one month’s imprisonment and reduced the RM30,000 fine to RM10,000. It looks like the AGC is still seeking its pound of flesh in Malaysia Baru.

To truly redeem the CMA as legislation that will serve the people and not entrenched political interests, the AGC and MCMC must urgently formulate policies that strictly regulate the use of their investigative and prosecutorial powers. It must be strictly stated that not only should these powers never be utilised for political purposes, but that they are to be used only when it is in the public interest to do so. It simply cannot and should not be a crime to annoy, insult, or post a satirical image of a politician, particularly since holders of public office are expected to be far more open to criticism than the ordinary layperson.

This step should also be backed by structural changes to move the AGC and MCMC away from being under the purview of the executive. In Britain, the Crown Prosecution Service and Ofcom (the national regulator for communications services) are independent bodies directly answerable to Parliament – Malaysia would do well to follow suit.

To clarify, the amendments to section 233 and other provisions of the CMA are not wholly bad. In part, they would serve the benign purpose of clarifying the law: the current version of section 233 already contains an intent provision, namely “with intent to annoy, abuse, threaten or harass another person”. In addition to the common law practice of inferring intent based on the voluntary actions of the accused, the proposed change will likely not alter the provision significantly.

Nevertheless, the government is trending in a concerning direction: from Minister Gobind’s call for an extra-territorial hate speech law to Islamic Affairs Minister Datuk Dr Mujahid Yusof Rawa’s surprise announcement of the Racial and Religious Hatred Bill, it is clear the new government is seeking to take a tough stance against those who would manipulate sensitive racial and religious sentiments.

However, not every problem requires a legislative solution, and in cases where the proposed legislation is bound to affect freedom of speech, lawmakers should be extremely reluctant to push for anything beyond that which is completely necessary. Passing a law is by no means easy, but as we have discovered of late, repealing a law once it is in effect is more difficult than introducing it.

Malaysia’s deep-seated problems do not stem from a lack of laws to address these issues – sections 504 and 505 of the Penal Code are well placed to tackle statements intended to provoke a breach of peace and statements conducive to public mischief respectively. Rather, with a previous executive branch that was happy to abuse the power concentrated in its hands, and without a strong tradition of independent institutions, our laws have been perverted to serve political interests.

While it certainly may be true that new laws can help, what is really needed is effective and bona fide enforcement of laws that conform to international human rights standards. This means the government should not reverse the moratorium it imposed on the Sedition Act 1948, the Prevention of Crime Act 1959, the Security Offences (Special Measures) Act 2012, the Prevention of Terrorism Act 2015, and section 233 of the CMA 1998. When the temple riots emerged, the government should have tackled it firmly as a law enforcement issue utilising existing laws; there is certainly no need to revive bad laws or come up with new laws that may not be up to par.

Malaysia would be better served by addressing the structural and institutional issues that got us into this mess in the first place. Emulating the practices of other, more mature democracies by restoring the independence of our institutions, producing strict guidelines for public prosecutors and other law enforcement agencies, and amending existing laws to better serve the needs of the 21st century will have a lasting impact on returning Malaysia to the rule of law, more than using any bad or hasty legislation ever could.

It is easy to see why the current government is reasserting itself as being in control of the situation. Failing to act in response to these racial and religious issues or the fake news epidemic could have consequences in the next general election.

However, the government’s motivations should also hinge on ensuring our laws and policies are consistent with international human rights standards. Such is the burden of good governance and leadership.

Perhaps more importantly, we must recognise that there are some issues that cannot be resolved with the legislative sledgehammer. No law could singularly resolve the ever-worsening racial and religious tensions that threaten the fabric of our society. They are the product of decades of poisonous race and religious rhetoric, and mending them will take time, understanding, and patient discourse between Malaysians.

The new government now faces its first true test of sorts since coming into power, and how it responds will determine the direction of human rights for the rest of its term and beyond.