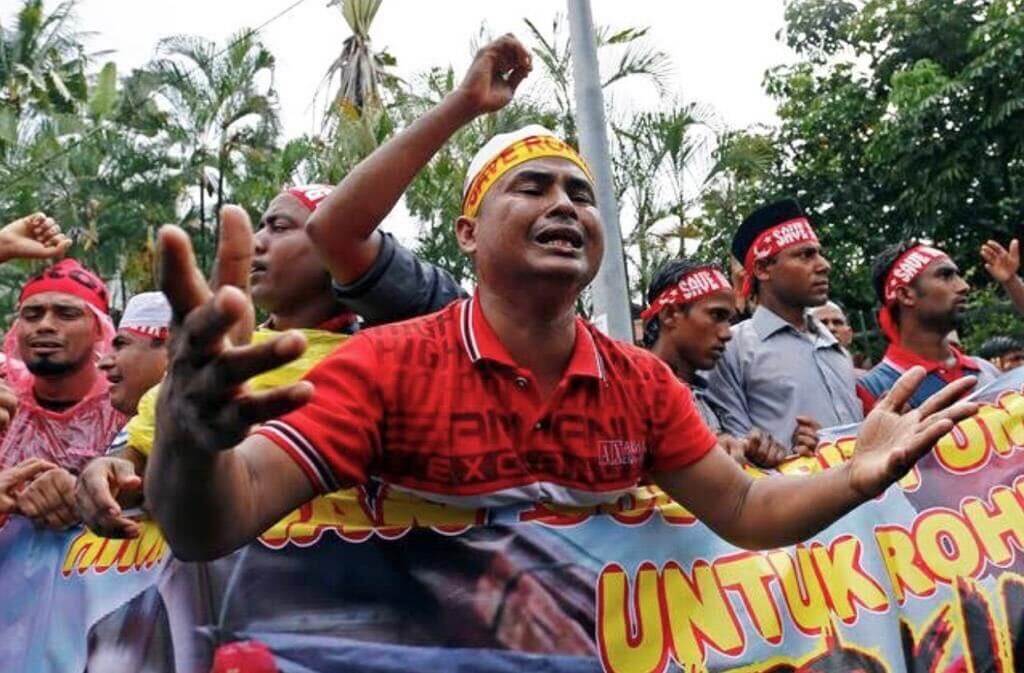 “The government should publicly condemn all forms of violence and hate directed at the Rohingya,” said Amy Smith, Executive Director of Fortify Rights. “The campaign against Rohingya in Malaysia is dangerous, vulgar, and inconsistent with Malaysia’s human rights obligations.”

In the open letter, Fortify Rights, Article 19, Human Rights Watch, the International Commission of Jurists, and others called upon the Malaysian government to “consistently, unequivocally and publicly condemn all forms of hate directed at the Rohingya” and prevent “incendiary” social media from triggering “discriminatory acts or physical attacks” against Rohingya refugees in Malaysia, among other recommendations.

In April, users of social media platforms, such as Twitter and Facebook, began posting hateful messages that included discriminatory and dehumanizing language and images as well as calls for Rohingya in Malaysia to be forcibly returned to Myanmar. Users threatened prominent Rohingya activists as well has their supporters with physical attacks, murder, and sexual violence.

“Some of the locals became angry with the Rohingya, thinking we carried the disease,” a Rohingya refugee and human rights defender in Malaysia told Fortify Rights, referring to unsupported claims sparked by the COVID-19 pandemic. “It’s become very dark for the Rohingya . . . I was threatened on social media and told to leave the country.”

The organizations in the open letter called on the authorities to “ensure threats and other human rights abuses against the Rohingya and their supporters are investigated, and perpetrators held accountable.”

Instead of affirming Malaysia’s obligation to uphold rights and protections for all people, including refugees, within its territory, Malaysian Home Minister Datuk Seri Hamzah Zainudin on April 30 said: “Rohingya nationals who are holders of the United Nations High Commissioner for Refugees card have no status, rights or basis to make any claims on the government . . . The government does not recognize their status as refugees but as illegal immigrants.”

The Malaysia government should “create an enabling environment for the right to freedom of expression and equality in Malaysia, including by passing comprehensive anti-discrimination legislation in line with international human rights standards,” said the signatories to the open letter.

Article 20 of the International Covenant on Civil and Political Rights (ICCPR) requires governments to prohibit “any advocacy of national, racial or religious hatred that constitutes incitement to discrimination, hostility or violence.”

In a briefing on April 7, the Office of the United Nations High Commissioner for Human Rights said state authorities should “ensure that the public discourse and response to COVID-19 does not contribute to xenophobia and racial discrimination.”

The Malaysian government should ratify the ICCPR, the International Convention on the Elimination of all forms of Discrimination, and the Convention Relating to the Status of Refugees and its 1967 Protocol, said Fortify Rights today.

As of February 2020, more than 178,900 refugees in Malaysia are registered with the U.N. refugee agency. The total number of refugees in the country is likely much higher. Rohingya refugees from Myanmar comprise more than half of all of Malaysia’s refugee population.

Rohingya continue to face genocide and other international crimes in Myanmar and migration routes available to them remain deadly. There are more than a million Rohingya refugees in refugee camps in Cox’s Bazar District, Bangladesh.

On April 16, Malaysia pushed out to sea a ship of Rohingya refugees in violation of the principle of non-refoulement.

“Malaysia should end its pushback policy once and for all and allow survivors on board ships to safely disembark,” said Amy Smith. “Malaysia will be responsible for an untold loss of life if it continues to push back ships arriving by sea.”