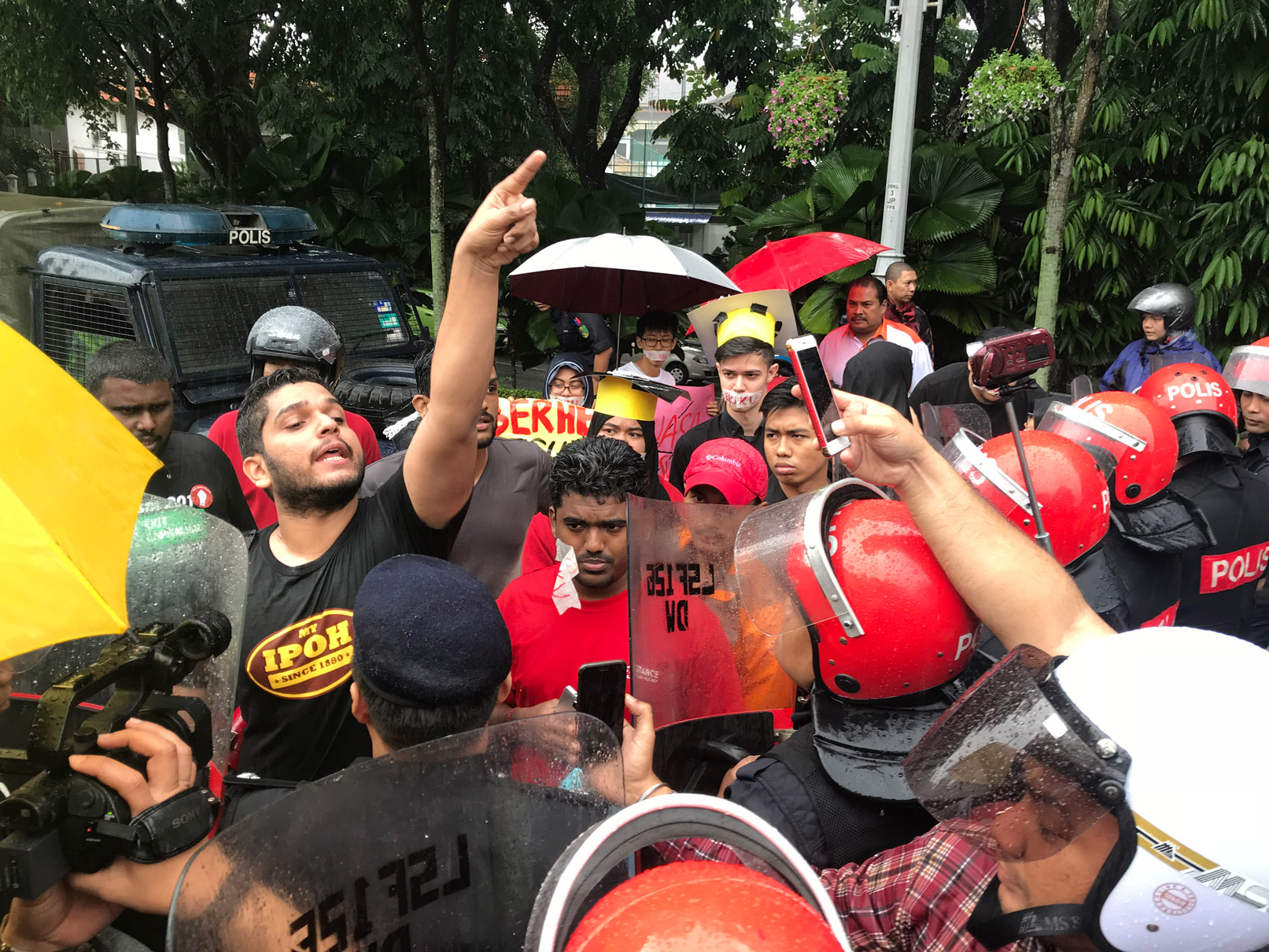 “The former government wanted to prevent students from questioning power and challenging the political status quo,” said Matthew Smith, Chief Executive Officer of Fortify Rights. “A new day is dawning in Malaysia, and the new government has an historic opportunity to end these needless restrictions once and for all.”

“No Politics on Campus”: Violations of the Rights to Freedom of Expression, Peaceful Assembly, and Association Against University Students in Malaysia is based on more than 60 interviews, ten university campus visits, and on-site monitoring of two court trials and several peaceful student rallies from 2016 to 2018. Fortify Rights also obtained documents that prove state agencies ordered universities to take actions against students for their involvement in political activities.

The 63-page report highlights specific cases from September 2016 to June 2017, showing how universities warned, fined, or suspended students for their involvement in political rallies, raising placards at university events, and organizing press conferences to discuss issues of concern. In some cases, the Government of Malaysia called upon universities to take disciplinary action against specific students, and the universities complied.

In at least two cases documented in the report, university officials cracked down on students who expressed their views and concerns about the controversial 1 Malaysia Development Berhad or 1MDB scandal, which implicates members of the former ruling government in allegedly embezzling several billion dollars from a state-owned fund.

Anis Syafiqah is a student activist who faced disciplinary action in 2016 after she and three other students publicly called for an investigation into the 1MDB scandal. “What we did was not wrong and not in violation of any law in Malaysia,” Anis Syafiqah told Fortify Rights in 2017. “We are trying to send a message to all Malaysians that we all need to rise up against oppression.”

The new report exposes the laws and rules that the government and universities have used to restrict students’ basic rights and encourages the new Government of Malaysia to expedite their amendment. Specifically, the Universities and University Colleges Act 1971, or AUKU, and the University (Discipline of Students) Rules 1999 contain explicit provisions to prevent students from involvement in political parties, organizations, or activities considered detrimental to the interests of the University.

From 1975 to 2012, the former Barisan Nasional government amended AUKU five times—initially increasing prohibitions on students’ activities on and off campus and imposing stiff penalties for violations, including potential imprisonment under the 1975 amendment. Later amendments in 2009 and 2012 removed prohibitions for off-campus activities and reduced penalties to expulsion and monetary fines, but key restrictions on freedom of expression, assembly, and association remain.

An amendment to the law in 2012 allows students to express support or opposition to a political group or party—which was previously prohibited—but not if a university’s Board of Directors deems the group or party to be “unsuitable to the interests and well-being of the students or the University.”

According to a former Deputy Minister of Higher Education Dato’ Saifuddin Abdullah, former Prime Minister Najib Razak agreed to the 2012 amendment that expanded students’ freedoms, with the condition of “No politics on campus.”

On May 9, 2018, the political opposition coalition Pakatan Harapan won the 14th General Elections in a landmark victory, ending six-decades of rule by Barisan Nasional, which had been in power since Malaysia gained independence from Britain in 1957.

Former Prime Minister Tun Dr. Mahathir Mohamad—who saw through amendments to AUKU in 1975, 1983, and 1996 as the Minister of Education and Prime Minister—came out of retirement to lead the Pakatan Harapan coalition, and on May 10, 2018 he became Prime Minister again, adopting an unprecedented reform agenda.

In March, during the election campaign, Pakatan Harapan issued a manifesto entitled, “Buku Harapan: Rebuilding Nation, Fulfilling Hopes,” detailing 60 promises for reform. Among those promises is a commitment to amend AUKU.

AUKU, the Disciplinary Rules, and public universities’ disciplinary actions against students for engaging in political activism on and off-campus violate the rights to freedom of speech, peaceful assembly, and association. These rights are protected both by Malaysia’s Federal Constitution and international human rights law.

Fortify Rights recommends the Government of Malaysia and universities in Malaysia amend AUKU and any related laws and rules to remove all restrictions that violate the fundamental rights of university students. Universities should also immediately and unconditionally drop all proceedings against university students facing disciplinary action for exercising their rights to freedom of expression, peaceful assembly, and association.