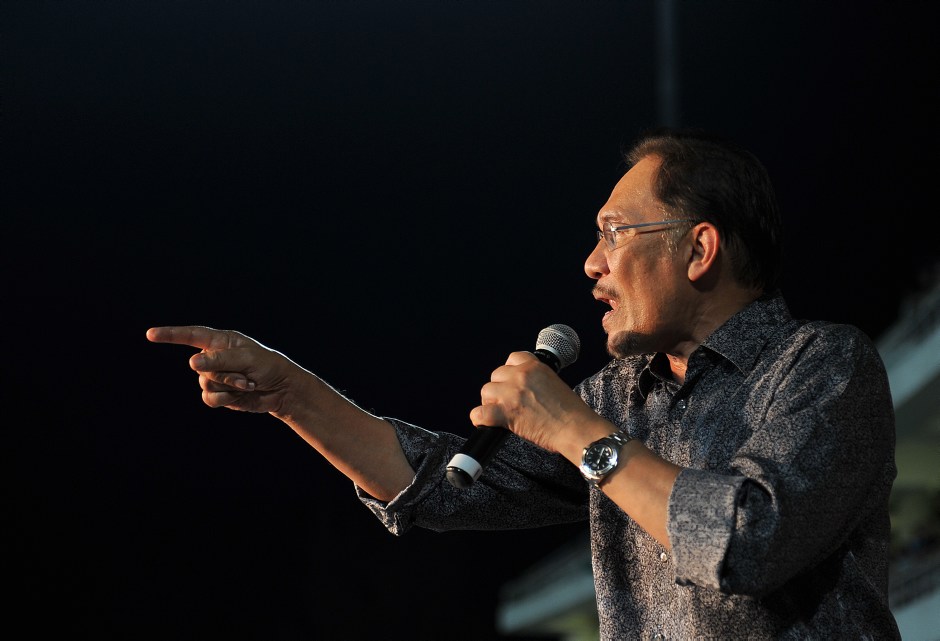 “The new government has a historic opportunity to dismantle oppressive policies of the past and ensure an end to the prosecution of government critics and others,” said Matthew Smith, Chief Executive Officer of Fortify Rights. “We applaud the decision to ensure Mr. Anwar’s freedom. Now it’s time to repeal the law that was used to imprison him.”

In February 2015, the Federal Court sentenced Anwar Ibrahim, former Deputy Prime Minister and de facto leader of the People’s Justice party, to five years in prison on sodomy charges under Section 377B of the Malaysian Penal Code. His conviction was part of a broader crackdown against human rights defenders and others critical of the ruling government at the time.

Section 377 of the penal code is a British colonial-era law that criminalizes consensual homosexual conduct. The law states that “carnal intercourse against the order of nature” shall be liable to whipping and punished with “imprisonment for a term of not less than five years and not more than twenty years.”

On May 9, Malaysian opposition party Pakatan Harapan won the 14th General Elections, historically creating a two-party system and ending six decades of rule by the long-standing ruling party Barisan Nasional, which had been in power since Malaysian independence from Britain in 1957. Pakatan Harapan, led by former and now current Prime Minister Tun Dr. Mahathir, promised the release of Anwar as part of their campaign.

On May 16, the Malaysian authorities released Mr. Anwar from the Cheras Rehabilitation Centre, where he was serving his sentence after a recent operation on his shoulder. Thousands of supporters and well-wishers gathered at Padang Timur, Petaling Jaya that evening to witness Mr. Anwar’s first public speech upon his release.

Pakatan Harapan’s election campaign manifesto promises to “rebuild the nation” and repeal a slew of draconian laws that infringe on human rights. Many of the laws highlighted by the party were previously used to imprison dissidents and human rights defenders.

In an open letter to Prime Minister Tun Dr. Mahathir Mohamad on May 23, Fortify Rights encouraged the Government of Malaysia in its efforts to promote and protect human rights and ensure key reforms.

The new Government of Malaysia should include Section 377 of the penal code in its list of laws to repeal during its first 100 days in office, Fortify Rights said. The sodomy law in Malaysia has long been used to restrict free expression, discredit political opponents, and discriminate against sexual orientation and gender identity.

Malaysia’s sodomy law violates the government’s obligations under international human rights law, including the rights to privacy and non-discrimination, and should be repealed without delay, Fortify Rights said.

On April 17, 2018 during the Commonwealth Summit, British Prime Minister Theresa May expressed “deep regrets’” for Britain’s role in criminalizing same-sex conduct in its former colonies and added that the British government would support reform of legislation that discriminates against lesbian, gay, bisexual and transgender (LGBT) people in its former colonies.

“This sodomy law is an ugly relic of British colonial rule and has no place in a rights-respecting democracy,” said Matthew Smith. “We’re encouraged by the new government’s moves in the right direction and we’re eager to see the full realization of its manifesto, including protection for sexual and gender minorities.”