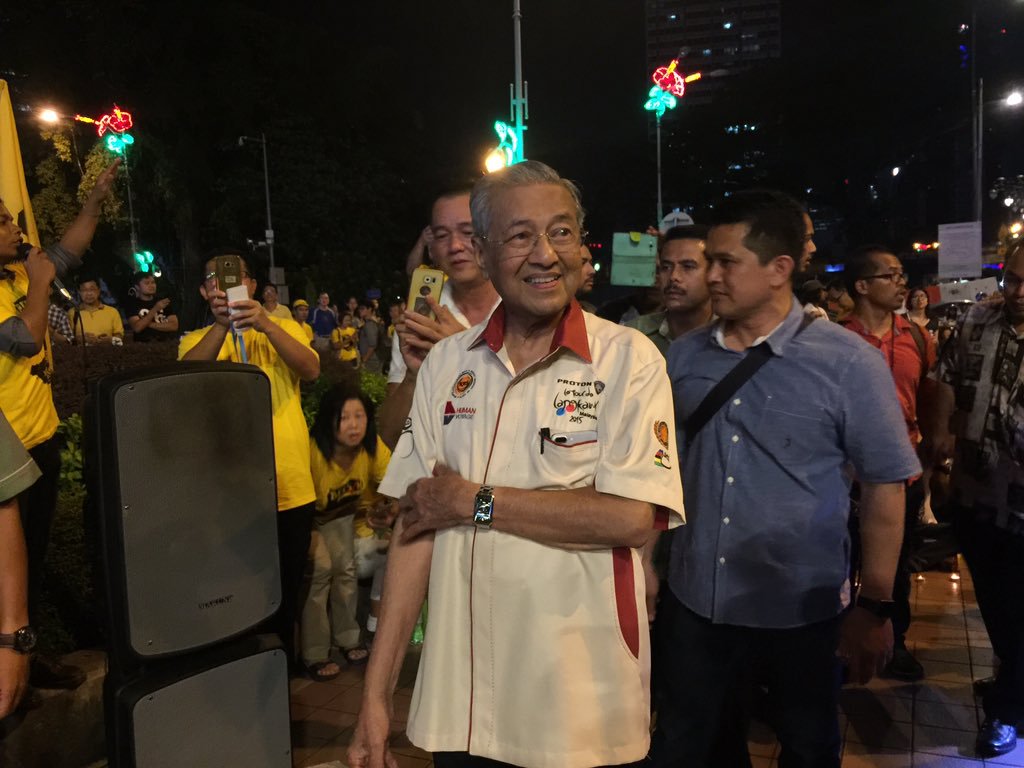 (KUALA LUMPUR, May 23, 2018) – The new Government of Malaysia should continue its work to uphold its promises on human rights reforms found in the ruling coalition’s manifesto, Fortify Rights said in an open letter to Prime Minister Tun Dr. Mahathir Mohamad today. Pakatan Harapan—the new coalition government—issued a manifesto during its election campaign detailing 60 promises the coalition committed to implement.

“The Pakatan Harapan government has an unprecedented opportunity to make Malaysia a regional and global leader in the promotion and protection of human rights, and we’re excited and encouraged by its commitment to fulfill the manifesto,” said Matthew Smith, Chief Executive Officer of Fortify Rights. “The proposed reforms would not only reflect the will of the people of Malaysia, but they’d also lay the foundation for a rights-respecting democracy, setting a powerful example for other countries.”

On May 9, 2018, Pakatan Harapan won the 14th General Elections in a landmark victory, ending six-decades of rule by Barisan Nasional, the ruling coalition, which had been in power since Malaysia gained independence from Britain in 1957. The Pakatan Harapan coalition is led by former Prime Minister Tun Dr. Mahathir Mohamad, who came out of retirement and joined the opposition in “rebuilding the nation.”

“This is a manifesto that reflects the aspiration of the people,” wrote Prime Minister Tun Dr. Mahathir Mohamed in the foreword to the manifesto. “It was written based on inputs from the people for the people.”

Among the promises are institutional reforms and commitments that would significantly improve rights and protections in accordance with both the Malaysian Constitution and international human rights standards, Fortify Rights said.

In its letter to the Prime Minister, Fortify Rights highlights several promises in the manifesto that are directly related to the promotion and protection of human rights in Malaysia. In accordance with Promise 27 to “Abolish oppressive laws,” Fortify Rights encouraged the new government to amend or repeal at least 13 laws that the previous government used to violate human rights. The letter also encouraged the government to ratify the 1951 Refugee Convention and its 1967 Protocol, acknowledging the government’s commitment to address transnational human trafficking (Promise 58) and to “lead efforts to resolve” the Rohingya crisis (Promise 59).

To fulfill its promise to take a lead in resolving the Rohingya crisis, Fortify Rights encouraged the Government of Malaysia to “work with other governments to support efforts to persuade the United Nations Security Council to refer the situation in Myanmar to the International Criminal Court.” Fortify Rights also highlighted how Thailand prosecuted more than 60 traffickers in 2017, including senior military officials who were responsible for trafficking-related crimes against Rohingya in 2015. The letter notes that the previous Government of Malaysia “failed to sufficiently investigate and prosecute traffickers responsible for trafficking-related crimes against Rohingya, despite the discovery of 139 graves in 28 suspect human trafficking sites in Wang Kelian in May 2015.”

Fortify Rights said it is prepared to provide Malaysian authorities with further information on the trafficking of Rohingya to Malaysia to aid in investigations and prosecutions.

In November, Malaysia is due for its third cycle of the Universal Periodic Review (UPR)—a process in which the United Nations Human Rights Council reviews the human rights record of U.N. member states every four years. Timely human rights reforms in Malaysia could significantly affect the UPR process and help the Pakatan Harapan government fulfill its promise to create a human rights record that will be “respected by the world.”

All of these promises can’t be fulfilled overnight, but swift implementation will be very important,” said Matthew Smith. “Trust in the new administration will be measured by the extent to which it keeps its promises.”