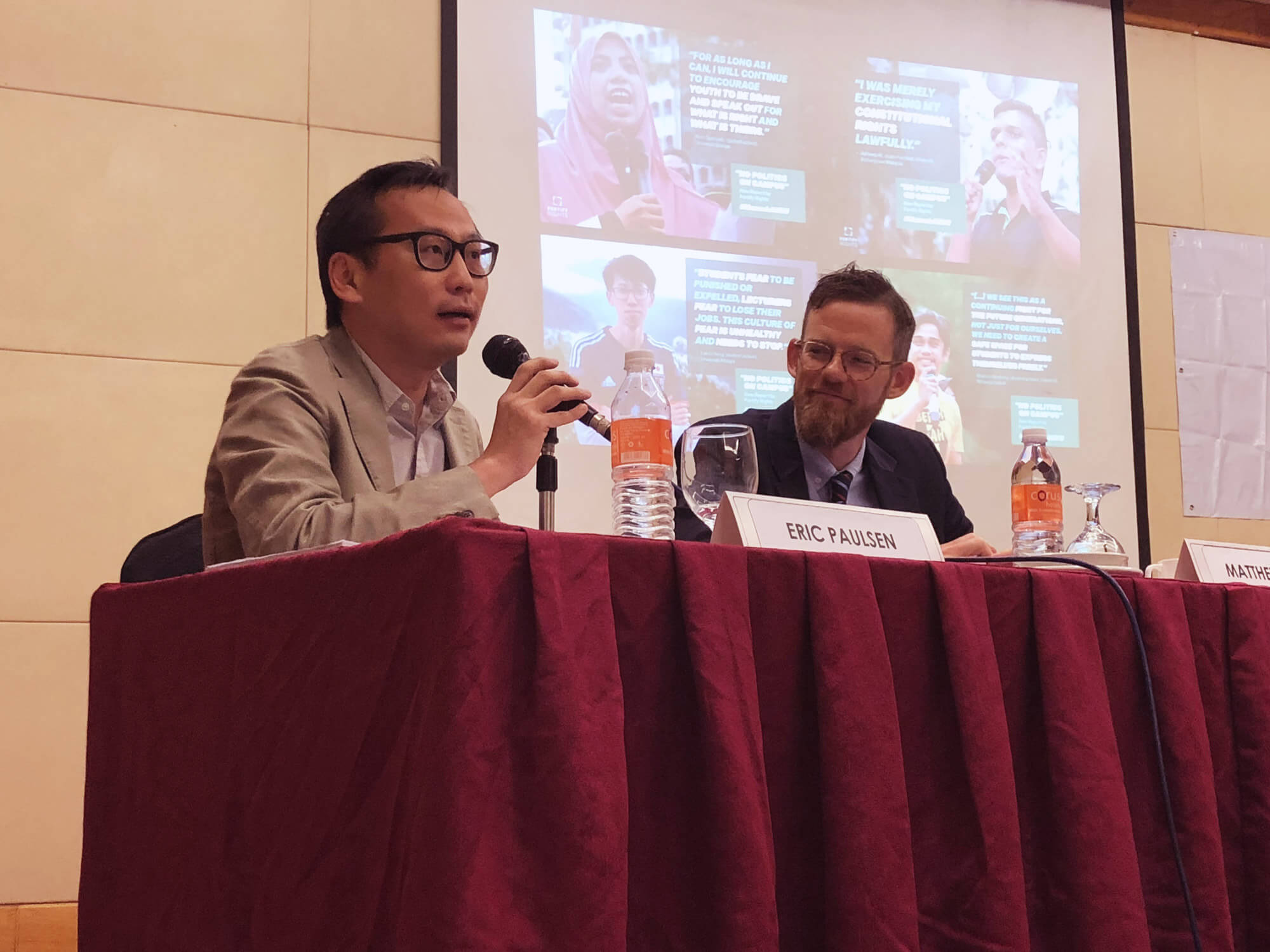 (KUALA LUMPUR, January 14, 2019)—The Government of Malaysia today announced the appointment of Fortify Rights Legal Director Eric Paulsen to be Malaysia’s Representative to the ASEAN Intergovernmental Commission on Human Rights (AICHR). Mr. Paulsen will be responsible for developing strategies on behalf of the Malaysian government to promote and protect human rights in Malaysia and within the Association of Southeast Asian Nations (ASEAN), among other duties. The position is a three-year term.

“Eric Paulsen will bring to AICHR decades of experience, passion, and a commitment to human rights,” said Fortify Rights Executive Director Amy Smith. “Eric’s appointment comes at a time of exciting changes in Malaysia and considerable turmoil in the region, including ongoing mass atrocity crimes and widespread violations of fundamental rights. We look forward to continuing to work with Eric in his new role as Malaysia’s representative to AICHR to advance human rights in ASEAN.”

AICHR was established in 2009 in accordance with the ASEAN Charter to assist ASEAN member states to promote and protect human rights and fundamental freedoms. It is the overarching human rights institution in ASEAN with overall responsibility to ensure human rights are upheld in ASEAN.

“It is a great honor and privilege to be appointed as Malaysia’s representative to AICHR,” said Eric Paulsen. “The time is right for ASEAN to take human rights seriously. Human rights must not remain at the backseat but instead should be an integral part of Malaysia’s and ASEAN’s agenda. I look forward to working with all stakeholders, including civil society organizations like Fortify Rights, who have been at the forefront defending and promoting human rights.”

Eric Paulsen was called to the Malaysian Bar in 1998 and began practicing law at Messrs Karpal Singh and Company, a leading criminal and public interest law firm in Malaysia. Prior to working with Fortify Rights, Mr. Paulsen co-founded Lawyers for Liberty—a leading human rights organization in Malaysia—and was an Adviser to the organization until becoming its Executive Director from 2014 to June 2018. Mr. Paulsen also previously worked at Suara Rakyat Malaysia (SUARAM)—another prominent human rights organization in Malaysia—and was involved in civil society movements in the country to abolish the Internal Security Act (Gerakan Mansuhkan ISA), the Sedition Act (Gerakan Hapuskan Akta Hasutan), and the National Security Council Act (#TakNakDiktator). He also worked with U.N. agencies in Cambodia, Bangladesh, Nepal, and Myanmar.