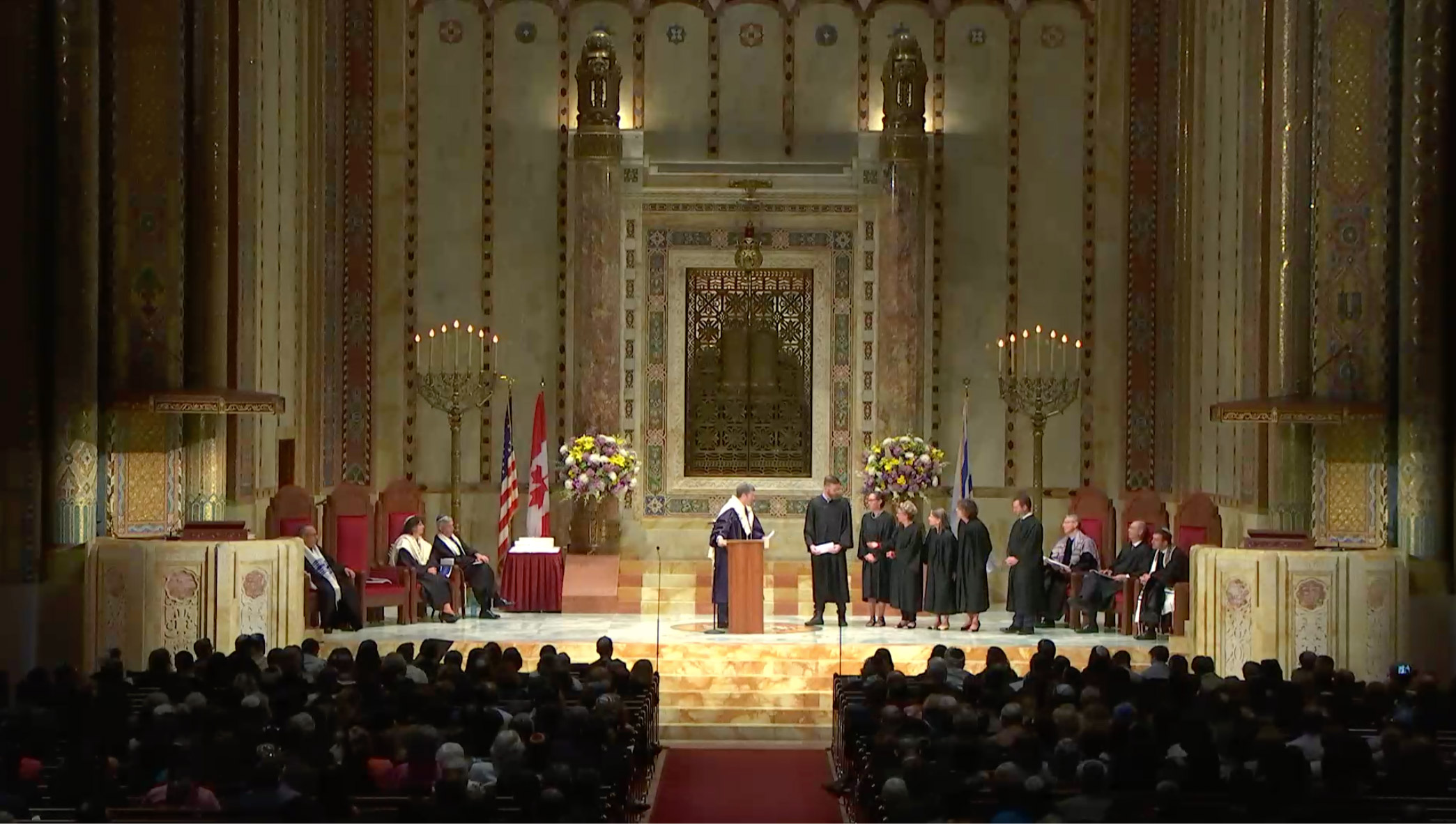 Organization honored today for its human rights work in Myanmar

(NEW YORK, May 6, 2018)— Fortify Rights received the 2018 Roger E. Joseph Prize today in New York City in recognition of its “extraordinary work” to protect survivors of mass atrocity crimes and hold perpetrators accountable. The award is given annually by the Joseph family and Joseph Prize Endowment. Past recipients include Rosa Parks, Dr. Henry Louis Gates, Jr., Raoul Wallenberg, and others.

On behalf of Fortify Rights and its partners, co-founder and Chief Executive Officer of Fortify Rights Matthew Smith accepted the award during the Hebrew Union College—Jewish Institute of Religion graduation and ordination ceremony at the Congregation Emanu-El of New York City.

“We share this award with our partners, our generous supporters, and all whose rights have been violated because of their race, ethnicity, or faith,” said Matthew Smith. “Our team is humbled and honored to receive the Joseph Prize. We extend our deepest thanks to Hebrew Union College—Jewish Institute of Religion and the family of Roger Joseph for their support and unwavering commitment to human rights.”

The Roger E. Joseph Prize is awarded annually to “exceptional individuals and institutions” for their “lasting contribution to the causes of human rights.” This year marks the 40th anniversary of the prize. It comes with $10,000 “to be used to help Fortify Rights continue its critical work.”

Burton M. Joseph, a prominent business person and leader in human rights, his wife and former U.S. Ambassador to the Netherlands Geri Joseph, and his sister Mrs. Betty Greenberg established the prize in 1978. The prize honors the memory of Roger E. Joseph, who was a lawyer and a veteran of the Second World War and died prematurely of polio in 1966. The Joseph family, in partnership with Hebrew Union College, carries on the award.

The Joseph Prize was first awarded to Victor Kugler, who gave refuge to Anne Frank and her family during the Nazi occupation of the Netherlands. Last year, the prize was awarded to the Hebrew Immigrant Aid Society for their work on behalf of Syrian refugees.

In Myanmar, Fortify Rights has extensively documented mass atrocity crimes against Rohingya Muslims and other ethnic and religious minorities, while also working closely with Rohingya human rights defenders and affected communities to increase protections for survivors and prevent further human rights violations. The organization supports Rohingya advocates and other members of civil society to develop collective strategies for atrocity prevention.

In November 2017, Fortify Rights published a joint report with the United States Holocaust Memorial Museum documenting “mounting evidence of genocide” against Rohingya in Myanmar. The organization is also working for accountability for atrocity crimes against Kachin, Shan, and other ethnic and religious minorities in Myanmar.