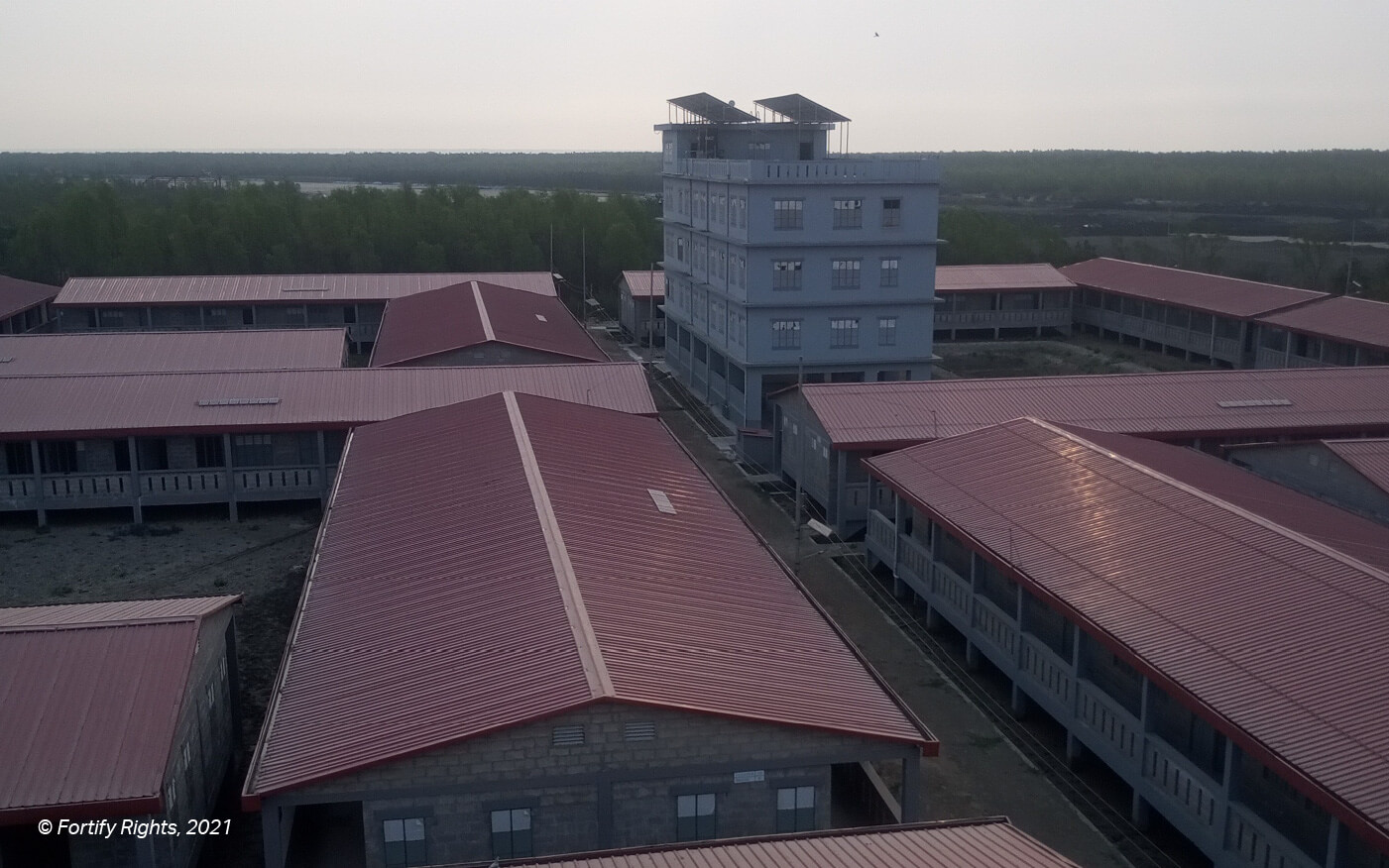 (Bangkok, October 15, 2021)—The Government of Bangladesh and the U.N. Refugee Agency should revise and release their recent agreement regarding the provision of U.N. services to Rohingya refugees on Bhasan Char island, said Fortify Rights today. Both parties should ensure the right to freedom of movement to and from the island as well as the meaningful participation of Rohingya refugees in any decisions affecting them.

On October 9, the Bangladesh Ministry of Disaster Management and Relief and the U.N. High Commissioner for Refugees (UNHCR) signed a Memorandum of Understanding (MoU) to establish a common framework for humanitarian services for Rohingya refugees on Bhasan Char island. The MoU has not been made public; Fortify Rights obtained and reviewed a copy of the signed document.

“The U.N. and Dhaka should revise their MoU, especially a provision outlining restrictions on freedom of movement,” said Ismail Wolff, Regional Director at Fortify Rights. “UNHCR’s lifesaving services are essential and needed on the island, but the agency must ensure it is not propping up a refugee prison with this agreement.”

The MoU not only fails to ensure the right to freedom of movement of Rohingya on Bhasan Char island, but one provision explicitly codifies the government and UNHCR’s restrictions on refugee movement, permitting Rohingya movement from the island only under conditions agreed upon between both parties. Section (2)g of the document seen by Fortify Rights states that the government and UNHCR will decide on the precise ways Rohingya will be permitted to leave the island on an as-needs basis.

The Secretary of the Ministry of Disaster Management and Relief, Mohammed Mohsin, and the Bangladesh Representative of UNHCR, Johannes van der Klaauw, reportedly signed the MoU on behalf of their respective organizations. The memorandum allows for close cooperation between the Bangladesh government and the U.N. Refugee Agency to deliver services on the island.

A public statement by the U.N. on October 9 stated that the MoU covers “key areas of protection, education, skills-training, livelihoods and health, which will help support the refugees to lead decent lives on the island and better prepare them for sustainable return to Myanmar in the future.” The MoU provides UNHCR unhindered access to Bhasan Char, a welcomed move, and stipulates that refugees will be permitted to move freely on the island for daily activities.

The MoU also remains unpublished, despite the Rohingya people’s longstanding requests for transparency in decisions affecting them.

“Bangladesh citizens, Rohingya refugees, and the public-at-large deserve access to the MoU,” said Ismail Wolff. “There is no defensible reason to refuse anyone access to this document, especially Rohingya people, who have been subjugated by powerful actors for too long.”

The MoU also includes reference to Rohingya as “Forcibly Displaced Myanmar Nationals” and “FDMNs,” terminology representative of Dhaka’s longstanding refusal to confer deserved refugee status on Rohingya, the majority of whom fled genocide and other atrocities in Myanmar. Bangladesh should ratify the 1951 Refugee Convention and its 1967 Protocol and develop a domestic legal framework to regulate the status and protection of refugees, said Fortify Rights.

At the time of writing, there are nearly one million Rohingya refugees in Bangladesh and an estimated 20,000 Rohingya on Bhasan Char island. The Bangladesh government currently confines those refugees on the island, forbidding them from leaving.

From June to September 2021, Bangladesh security forces reportedly arrested more than 200 Rohingya for attempting to leave the island, forcing them to return or detaining them on the mainland. These arrests would constitute arbitrary detention, said Fortify Rights. During the same period, dozens of Rohingya reportedly died at sea while trying to escape the island.

Refugees on the island face widespread human rights violations, including severe restrictions on freedom of movement, beatings, and threats and ill-treatment by Bangladesh security forces. In 2020, testimonial evidence indicated that some relocations to the island were coerced and involuntary.

Over the last year, Fortify Rights interviewed dozens of Rohingya refugees on Bhasan Char regarding conditions on the island, including restrictions on freedom of movement and the fate of those who attempted to escape.

On August 14, 2021, a fishing boat capsized while carrying more than 40 Rohingya refugees, including children, fleeing Bhasan Char island. Bangladesh police reported that some had survived; Fortify Rights interviewed two survivors after authorities returned them to the island. Some Rohingya lost almost their entire families in the avoidable accident.

The same man explained his rationale for leaving the island:

Almost all Rohingya on the island Fortify Rights spoke with reported restrictions on freedom of movement. A 30-year-old Rohingya mother of three told Fortify Rights how she has demanded to return to the mainland refugee camps, saying: “The suffering is unbearable on this island. . . Even on this island, the movement is restricted for us. . . We are demanding the authorities send us back to the [mainland] camps.”

Another Rohingya refugee, 32, told Fortify Rights in June 2021 about barbed-wire fencing on the island: “There is fencing around the camps on Bhasan Char. We can show you how they are keeping us. It’s as if we are in a jail.”

In 2015, the Bangladesh government began developing Bhasan Char as part of plans to relocate more than 100,000 Rohingya refugees from overcrowded camps in Cox’s Bazar District. Despite multiple requests by the U.N., the Government of Bangladesh did not grant U.N. agencies access to the island until March 2021 and began transferring Rohingya to the island before any protection and technical assessment by the U.N. Over the last two years, Fortify Rights and others repeatedly urged the Bangladesh government to allow the U.N. to conduct protection assessments and review the sustainability and environmental conditions on the island before any transfers are made.

While governments are obligated to protect the right to freedom of movement, restrictions are allowed under international law if they are necessary to achieve specific legitimate aims and only if they are proportionate to achieving those aims. However, given the remote and isolated nature of Bhasan Char island, the inability of refugees to leave, and the severe restrictions on freedom of movement, Bhasan Char is essentially an island detention center, said Fortify Rights. There is no basis in international law for detaining refugees solely based on their immigration status. Article 9 of the International Covenant on Civil and Political Rights, to which Bangladesh is a state party, protects the rights to liberty, which in this case would include refugees.

“Rohingya tell us they are grateful for Bangladesh’s protection, but they must be free, and they must be front and center of all decisions that impact them. Time and again, governments and other actors have failed to ensure meaningful participation of refugees in the decisions that directly impact their lives and rights,” said Ismail Wolff. “The Bhasan Char project has been a human-rights misadventure from its very inception. The U.N. and the Bangladesh government must address previous violations and ensure the rights of Rohingya refugees are fully respected.”