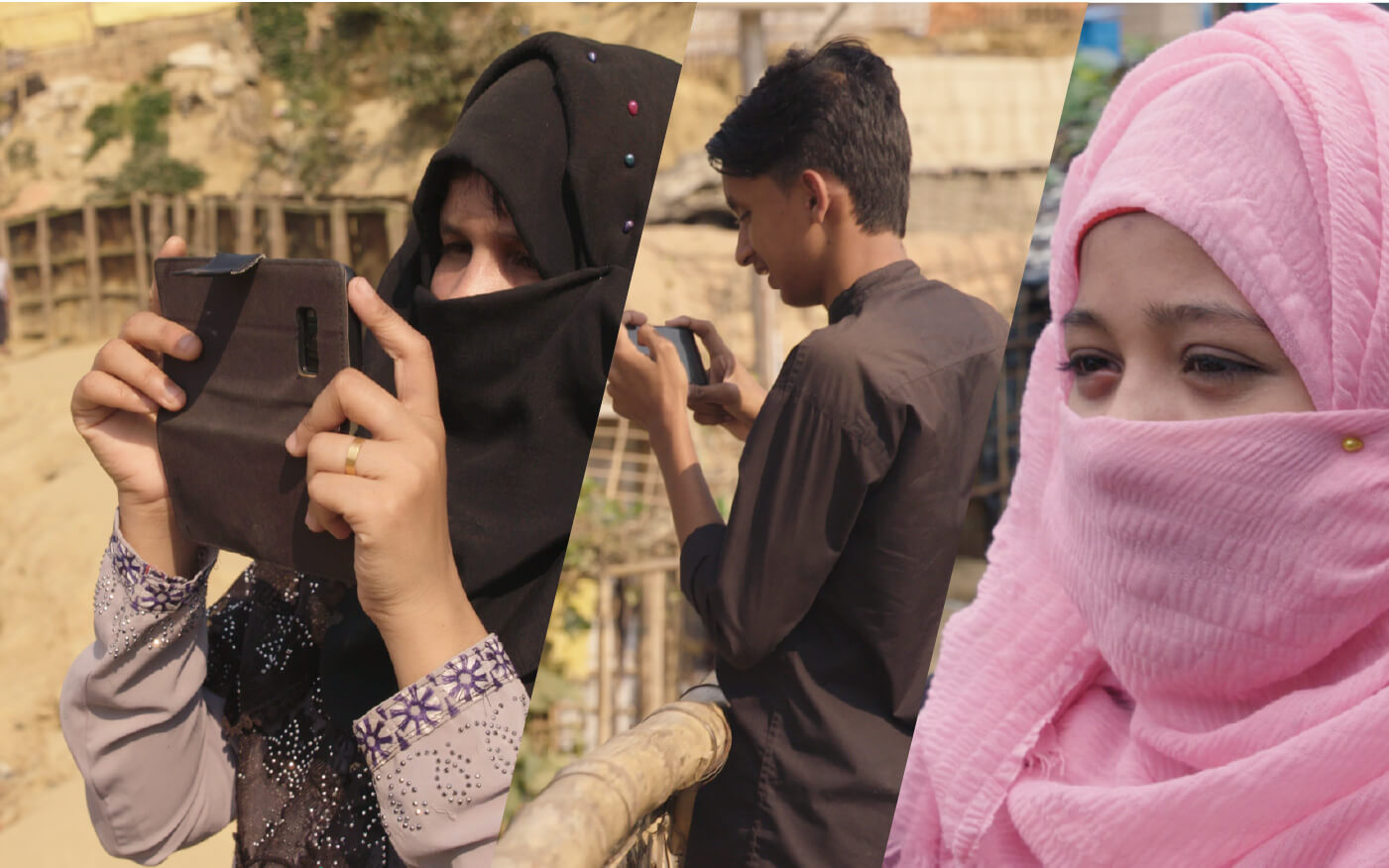 BANGKOK (August 25, 2021)—Fortify Rights and Doha Debates today released “EXODUS,” a 23-minute documentary film that delves into the lives of three young Rohingya refugee photographers from Myanmar living in one of the world’s largest refugee camps.

The film follows the stories of Omal Khair, Dil Kayas, and Azimul Hasson, three Rohingya survivors of genocide forced from their homes in Rakhine State during Myanmar-military-led clearance operations of 2017. The film is being released on August 25, the anniversary of the onset of genocidal attacks in Myanmar that forced more than 700,000 Rohingya into Bangladesh.

“The Myanmar military weaponized social media, using Facebook to spread calls for violence against Rohingya,” said Taimoor Sobhan, Senior Multimedia Specialist at Fortify Rights. “This film project is about Rohingya refugees reclaiming their narrative on social media. The film serves as a reminder that social media can also be a powerful tool for collective good.”

“EXODUS,” directed by Taimoor Sobhan, features the three refugees as they visually document life inside refugee camps in Cox’s Bazar, Bangladesh. The film explores how Omal Khair, Dil Kayas, and Azimul Hasson use photography and social media, providing a unique window into the everyday life of Rohingya refugees.

Since 2018, Fortify Rights, in partnership with Doha Debates, provided on-the-ground photography and media-skills training for the three young Rohingya refugees featured in the documentary film. The organizations equipped the three “media fellows” with mobile phones, and the fellows have since documented their lives and the lives of others in Cox’s Bazar refugee camps on Instagram, amassing thousands of followers.

In 2021, the trio, along with Fortify Rights and Doha Debates, won a Shorty Award in recognition of the work that became the subject of EXODUS.

“Omal, Dil and Azimul’s extraordinarily compelling photography is all the more remarkable given the challenges they face in the world’s largest refugee camp. This film documents their story in touching, inspiring ways. Doha Debates is proud to have teamed up with Fortify Rights to help and support Omal, Dil and Azimul and to provide an outlet for their work.”

EXODUS can be viewed via Doha Debates’ website and social media outlets as well as through www.FortifyRights.org.