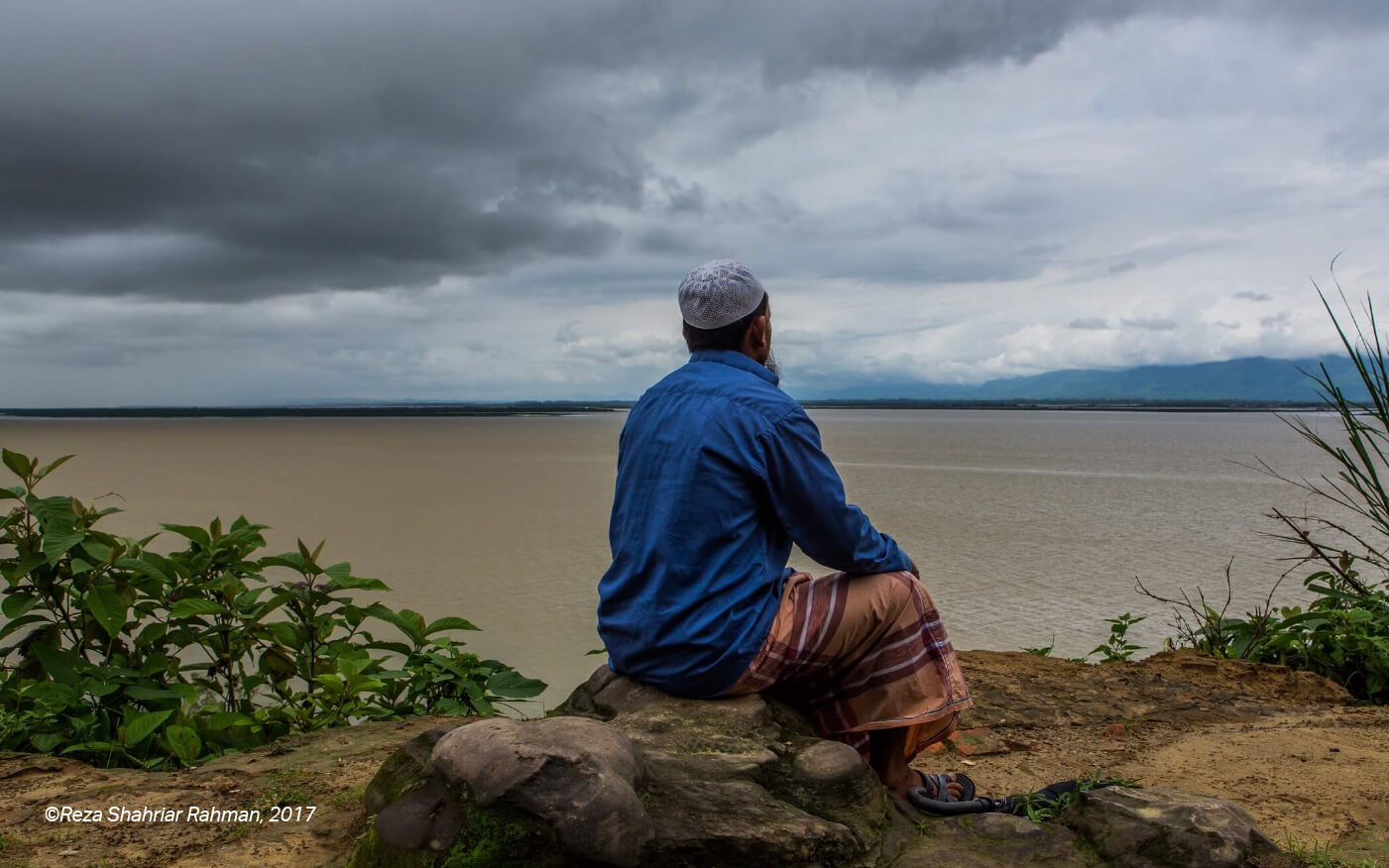 (BANGKOK, November 12, 2020) – The Government of Bangladesh should free more than 300 Rohingya refugees detained on Bhasan Char island and cease plans for further relocations to the island until after independent appraisals that allow Rohingya to make informed and voluntary decisions, said Fortify Rights today.

“Bhasan Char is a detention camp and not an acceptable solution for refugees,” said Ismail Wolff, Regional Director of Fortify Rights. “Dhaka should urgently allow unfettered access to the island for humanitarian organizations, the United Nations, and human rights monitors.”

In September, Fortify Rights, together with Amnesty International, Robert F. Kennedy Human Rights, Refugees International, and ASEAN Parliamentarians for Human Rights, sent a private letter to Bangladesh Foreign Secretary Masud Bin Momen. In the letter, the organizations urged the Bangladesh government to allow the U.N. to conduct a protection assessment and review the sustainability and environmental conditions on the island and also grant timely and “unfettered” access to human rights monitors. The five human rights groups, including Fortify Rights, have yet to receive a reply from the foreign secretary’s office.

Since Bangladesh first moved Rohingya refugees to Bhasan Char nearly six months ago, Fortify Rights documented human rights violations against detainees on the island, including severe restrictions on freedom of movement, beatings, and threats and ill-treatment by security forces.

“The government is detaining Rohingya men, women, and children on the island against their will,” said Ismail Wolff. “The detainees’ communication with the outside world is also restricted, and some report beatings, abuse, and other ill-treatment. They are understandably desperate to be reunited with their families.”

Some 306 Rohingya, including at least 33 children, are currently detained on Bhasan Char after Bangladesh authorities rescued them from a ship stranded at sea in May 2020. The Bangladesh authorities transferred the rescued refugees to Bhasan Char, justifying the island’s use as a temporary quarantine facility to prevent the possible spread of COVID-19. For years, Dhaka has proposed Bhasan Char as a suitable place for Rohingya refugees.

“Since we were arrested, we have been suffering so much depression here. We cannot see our parents,” a teenage Rohingya refugee on the island told Fortify Rights. “[The authorities] have not told us why we are being detained here . . . [W]e are detained here just because we are Rohingya, because there is no one to speak out for us. We are helpless.”

Two Rohingya detainees told Fortify Rights that security forces on the island beat them in an attempt to force them to end the hunger strike. One of the men identified the names of six officials he alleges took part in the beatings. The names are on file with Fortify Rights.

“On Wednesday [September 23], both men and women came out to demonstrate as a part of the strike,” a Rohingya on the island told Fortify Rights. “We told the Navy officers we want to leave this place. At 3 p.m. on that day, we were beaten . . . They beat us with sticks . . . I was hit ten times.”

Another refugee on the island, originally from Maungdaw Township in Rakhine State, also told Fortify Rights that naval officers verbally abused and beat several refugees when they refused to eat.

“Later, when they brought food and we refused to take it, they started beating us. I was also beaten . . . [The security forces] used bad words, calling us ‘dogs’ and ‘pigs,’” the Rohingya refugee told Fortify Rights. “Then the Navy [officers] beat us mercilessly with umbrellas, sticks, wood, whatever they found. Some people were bleeding and some ran away to their rooms.”

Mobile-phone video footage sent to Fortify Rights and posted online shows Rohingya refugee women on Bhasan Char protesting their detention on the island and demanding to return to the mainland.

“We told [the authorities] to give us the date when we will be sent back from here; otherwise, we won’t eat . . . or we will die jumping into the sea,” a Rohingya detainee on the island told Fortify Rights.

In recent weeks and months, Bangladesh authorities also reportedly confiscated mobile phones of refugees detained on the island, preventing them from communicating with the outside world, violating their right to freedom of expression.

In September, the U.N. Special Rapporteur on the situation of human rights in Myanmar, Thomas Andrews, raised concerns about the confiscation of mobile phones on the island in his report to the U.N. General Assembly.

In 2015, the Bangladesh government began developing Bhasan Char to relocate more than 100,000 Rohingya refugees from the overcrowded camps in Cox’s Bazar District. Any plans for relocations to alternative locations should be developed in close consultation with the refugee community to ensure relocations are safe, dignified, and voluntary, Fortify Rights said.

The Bangladesh Government has said on numerous occasions over recent months that they are preparing to move refugees to the flood-prone island imminently. On September 28, the Government of Bangladesh reportedly formed a high-level committee on Bhasan Char, headed by Principal Secretary to the Prime Minister Dr. Ahmad Kaikaus. The committee is responsible for overseeing the relocation of 100,000 Rohingya to Bhasan Char.

According to recent local media reports, Bangladesh Foreign Minister A. K. Abdul Momen and the Joint Secretary for the Ministry of Disaster Management and Relief said the Bangladesh Navy could begin moving Rohingya to the island as early as November. The government insists the conditions on the island are suitable for housing refugees, but earlier efforts failed to coordinate voluntary relocations to the island.

On September 5, the government arranged a “go-and-see” visit to Bhasan Char for 40 Rohingya refugees, including majhis– unelected Rohingya leaders in the refugee camps. The authorities did not consult with humanitarian organizations or the U.N. regarding the visit, and only two Rohingya refugee women were on the delegation to the island.

“Women on the island were crying a lot, and one of the women [on the island] fell down unconscious while we were visiting,” a Rohingya who went on the three-day “go-and-see” visit told Fortify Rights.

In August, Camp-in-Charge officials operating under the authority of the Bangladesh government’s Refugee Relief and Repatriation Commissioner pressured Rohingya majhis to report positively on the island to other refugees.

The Government of Bangladesh and humanitarian groups should prioritize widespread and meaningful consultation with Rohingya refugees about decisions that affect them, including relocations to Bhasan Char, said Fortify Rights.

Articles 9 and 12 of the International Covenant on Civil and Political Rights, to which Bangladesh is a state party, protect the rights to liberty and freedom of movement, respectively. These rights apply equally to refugees. The apparent lack of adequate healthcare and diagnosis and treatment of traumatic stress on the island further violates detainees’ right to health, protected by Article 12 of the International Covenant on Economic, Social, and Cultural Rights.

More than one million Rohingya refugees, most of whom fled genocidal attacks by the Myanmar military in 2016 and 2017, live in overcrowded refugee camps in Cox’s Bazar District, Bangladesh.