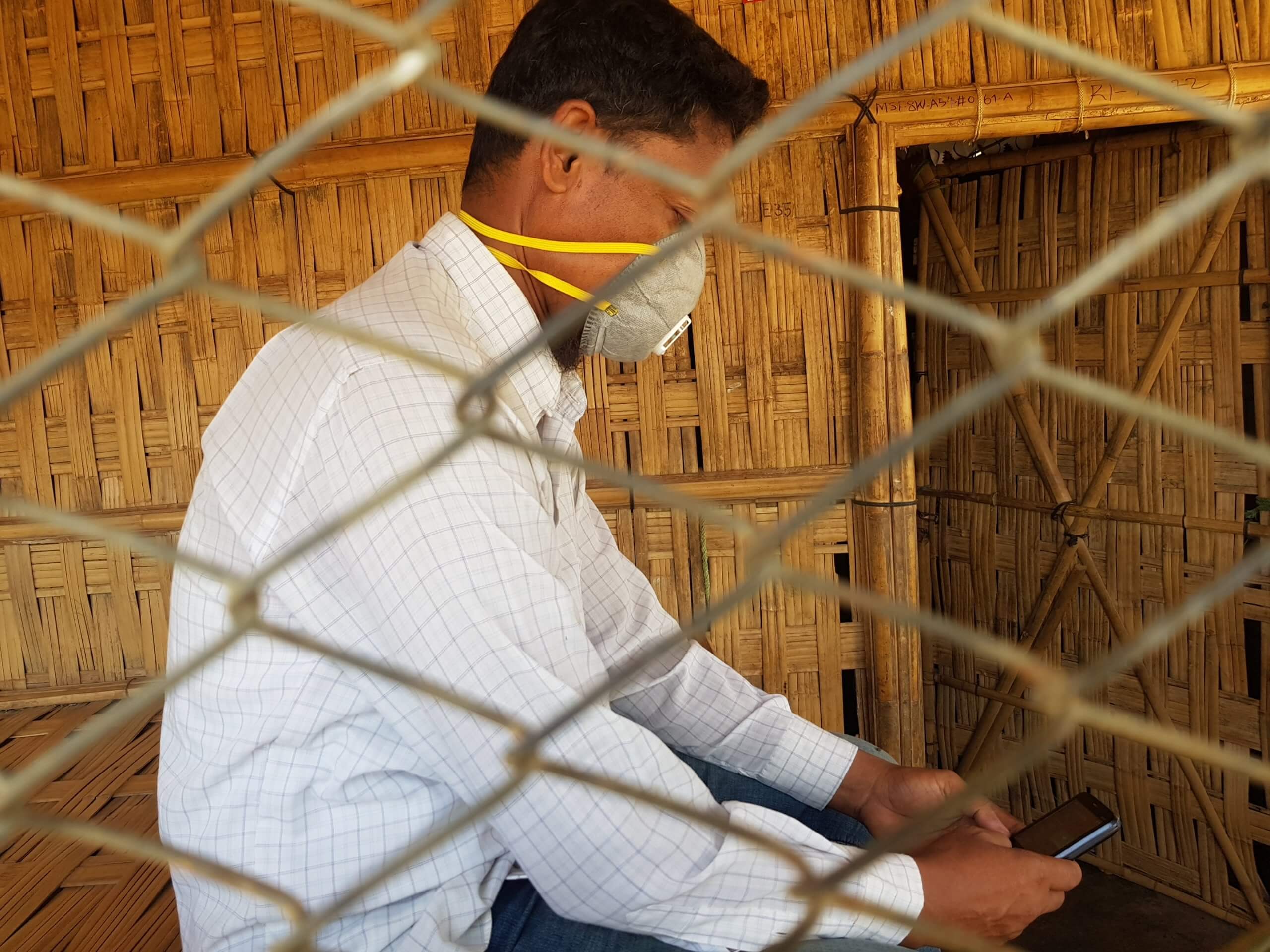 On March 12, the World Health Organization’s Director-General declared the outbreak of COVID-19, a disease caused by a novel coronavirus, to be a “controllable pandemic.” The disease poses a particular risk to populations who live in close proximity to each other, such as refugees in camps.

“As part of its national plan to stop the spread of COVID-19, the government should prioritize lifting communication restrictions affecting Rohingya refugees and host communities,” said Matthew Smith, Chief Executive Officer of Fortify Rights. “Ending restrictions is not only the right and necessary thing to do, it’s also in the country’s overall best interest.”

In an open letter to Prime Minister Sheikh Hasina published today, Fortify Rights and 49 organizations—including several Rohingya-led organizations, Robert F. Kennedy Human Rights, Human Rights Watch, and others—called on Sheikh Hasina’s administration to: “lift ongoing mobile internet restrictions and halt the construction of barbed wire fencing around the Rohingya refugee camps in Cox’s Bazar District.” The letter when on to say: “These measures threaten the safety and well-being of the refugees as well as Bangladesh host communities and aid workers, in light of the growing COVID-19 pandemic.”

On April 1, Rohingya refugees in Bangladesh told Fortify Rights they were able to access mobile internet for approximately two hours before the service was blocked again.

Bangladesh hosts one of the world’s largest refugee camps, home to more than 1.1 million Rohingya, most of whom fled Myanmar military-led genocidal attacks in 2016 and 2017. The vast majority of Rohingya camp residents live in temporary, substandard housing with inadequate water and sanitation—conditions that make the area vulnerable to an outbreak.

Since September 1, 2019, the Bangladesh Telecommunication Regulatory Commission (BTRC) has directed all mobile-phone operators to limit 3G and 4G services in Teknaf and Ukhiya in Cox’s Bazar District. According to media reports, the BTRC directive said the measures were to “ensure that the Rohingya people do not get access to the mobiles for the sake of state security and importance, law and order and public safety.”

On March 30, Bangladesh Home Minister Asaduzzaman Khan told news media: “The ban was imposed for the safety and security of the residents of the camps and our host communities. Those restrictions were also intended to stop violence and yaba smuggling. I think it is still necessary to keep the restrictions in place.”

In December 2019, a novel coronavirus was discovered in Wuhan, China, and COVID-19 cases have since been confirmed worldwide.

Bangladesh has a population of nearly 170 million people. The Bangladesh government Institute of Epidemiology, Disease Control and Research (IEDCR) has confirmed more than 50 cases of COVID-19 infections. To date the IEDCR has tested 1,602 people and has reported six deaths from the virus.

WHO guidelines direct governments to impose “social distancing” measures to “flatten the curve” of infections and, for those with symptoms of COVID-19 in Bangladesh, to call the IEDCR hotline. However, Rohingya refugees are banned from holding mobile SIM cards or accessing mobile internet, which makes calling the hotline nearly impossible.

A leaked United Nations interagency memo, titled “Country Preparedness and Response Plan,” dated March 26, 2020, and on file with Fortify Rights, warned that the COVID-19 pandemic could result in half a million to two million deaths in Bangladesh if urgent steps are not taken to stop the spread of the virus.

The open letter today also calls on the Government of Bangladesh to “ensure that protective measures, including provision of sufficient personal protective equipment, are available for the aid workers and volunteers providing these essential services in accordance with the Inter-Agency Standing Committee’s ‘Interim Guidance’ on COVID-19 response operations in humanitarian settings.”

The international community should work with the Government of Bangladesh to ensure the country has sufficient COVID-19 testing facilities nationally, including for Rohingya in refugee camps, said Fortify Rights. At present, there is only one COVID-19 testing facility in Cox’s Bazar District, where more than one million Rohingya refugees and millions of Bangladeshis live.

In November 2019, Bangladesh Army Chief General Aziz Ahmed announced the construction of barbed-wire fencing around the Rohingya refugee camps. In February 2020, Bangladesh Home Minister Asaduzzaman Khan Kamal told journalists the reason for building the fencing was to “ensure that the Rohingya do not leave the camp and join our community.”

“The Bangladesh government’s construction of fencing to enclose the Rohingya refugee camps has created heightened distress, fear, and mistrust among Rohingya refugees, posing greater risks to public health and needless obstructions to humanitarian access as it will become harder for refugees to enter and exit the camp for services,” said the international human rights groups today in the joint statement.

On March 16, Fortify Rights documented how the internet and mobile-phone restrictions and the construction of fencing around the camps in Cox’s Bazar District threatened Rohingya refugees’ rights to health, access to mobile and internet-based communication, and freedom of movement, posing greater risks to public health and COVID-19 transmission.

“Dhaka must ensure Rohingya refugees and host communities can access health services to mitigate the risk and spread of COVID-19 in Cox’s Bazar,” said Matthew Smith. “The government is obligated to protect the health of refugees.”