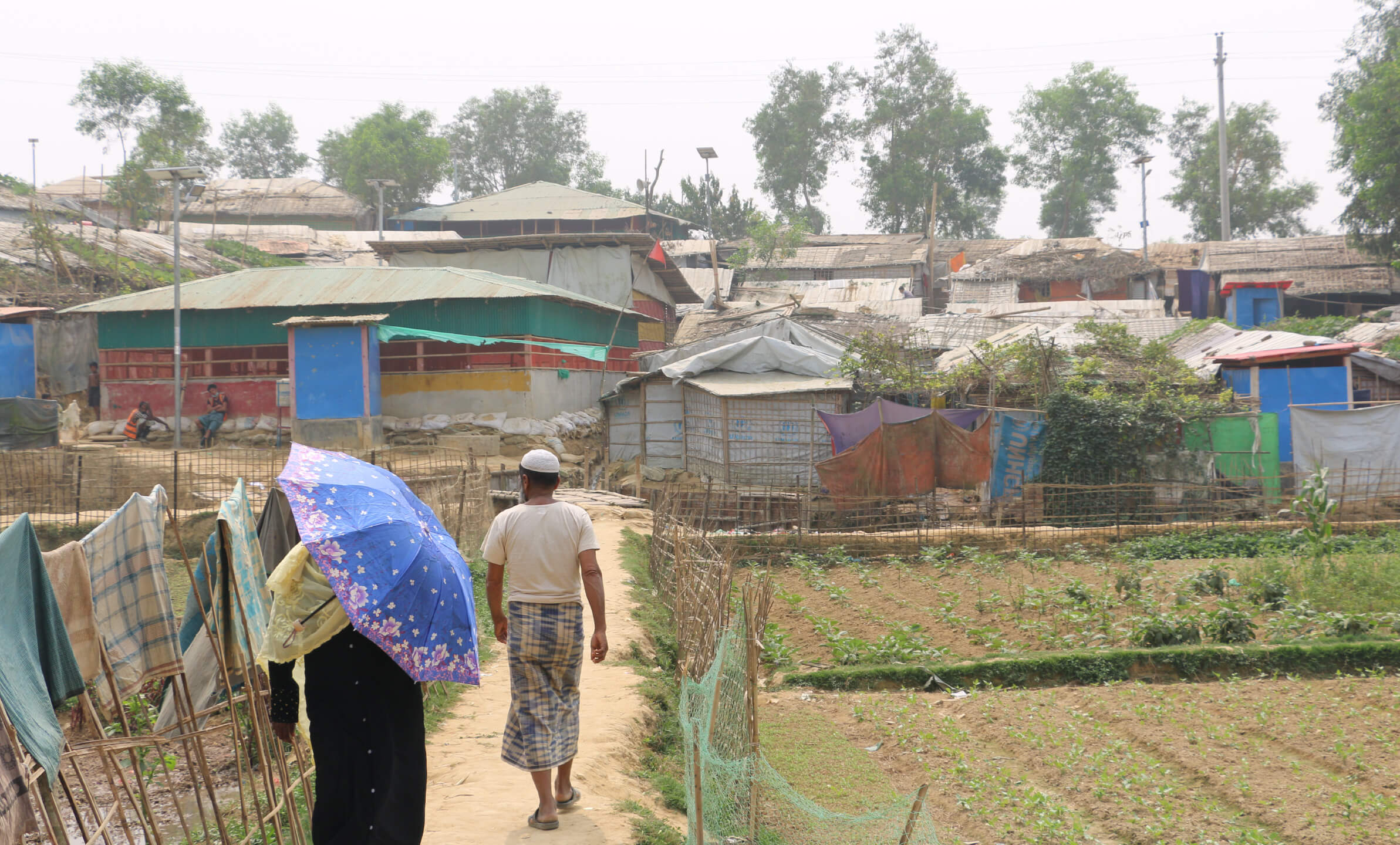 (BANGKOK, March 6, 2020)— The Government of Bangladesh should fully investigate abductions and attacks against ethnic-Rohingya Christians in refugee camps in Cox’s Bazar District, Fortify Rights said today. Fortify Rights documented the abduction of two Rohingya Christians, including a 14-year-old girl, and the destruction of a church and attack on its members in January that left 12 injured.

“Authorities in Bangladesh have obligations to protect all refugees and fully investigate any and all attacks against them,” said Matthew Smith, Chief Executive Officer of Fortify Rights. “No Rohingya should experience violence and abuse in the camps, regardless of their religion.”

A group of Rohingya men abducted Taher, a 53-year-old Rohingya Christian pastor, and his 14-year-old daughter from their shelter in Kutupalong refugee camp in Bangladesh on the morning of January 27.

“[T]hey had knives and guns,” said an eyewitness to the abduction, whose name has been withheld for security purposes, describing the men who abducted Taher and his daughter. “The weapons were shown to us. They said, ‘We will cut you.’ When I asked them, ‘Where are you taking [him],’ and ‘What did he do wrong?,’ they replied, ‘You will also be cut.’”

“He was beaten so badly with the sticks,” the eyewitness told Fortify Rights. “He was beaten and kicked with their fists and legs.”

In a later interview, the same eyewitness told Fortify Rights, “They put a mask on his face and tied his hands.”

Around 20 minutes after Taher was abducted, two assailants also abducted his daughter, according to the eyewitness.

Rohingya Christians believe they are being targeted because of their religion. “He was abducted because he is a Christian leader and they will try to make him Muslim,” the eyewitness said.

“We haven’t found any evidence of any missing Christian Rohingya,” said Bangladesh Police Inspector Samir Chandra Sarker, the case investigator, to media in February 2020. “But we are trying our best to find the missing family.”

Taher and his 14-year-old daughter’s whereabouts and well-being are still unknown.

ARSA denied responsibility for the violence and publicly called for equality and nondiscrimination among Rohingya in a video message released via Twitter on February 11, in the Rohingya language and with English subtitles. The video said, in part: “[O]ne should not discriminate among each other . . . Saying ARSA is attacking Hindus or Christians on behalf of Muslim [sic] is totally invalid. So we request all of you to stop blaming ARSA for such activities.”

Speaking to media in January 2020, Mohammad Abul Mansur, the officer-in-charge of Ukhya police station, described the attacks as an “ordinary law-and-order incident” and said that it was “not correct that ARSA launched the attack.”

Another 50-year-old Rohingya Christian woman who also witnessed the attack on the church told Fortify Rights, “The church was destroyed entirely, and they even dug up the floor of the church.”

Fortify Rights reviewed mobile-phone video footage and photographs of the attack on the church that corroborated the eye-witness testimony.

Rohingya Christians were also violently assaulted during the attack on the church. For example, a 30-year-old Rohingya woman told Fortify Rights how Rohingya men entered her shelter located near the church and stabbed her husband [name withheld for security] on the night of January 26:

After the attack, the man was hospitalized with other Rohingya Christian refugees who sustained injuries.

A Rohingya Christian woman also described injuries sustained during the attack. She said: “I have cuts and bruises on my body from the attack. They also took a pair of my earrings . . . They said it’s because we are Christian and that Christians cannot live in the camp.”

A Rohingya Christian, who was hospitalized in Cox’s Bazar after being injured during the attack, told Fortify Rights: “I was taken to the Ukhiya hospital while I was in and out of consciousness . . . [T]here were 12 people in total who were hospitalized.”

Fortify Rights found that Bangladesh authorities threatened and beat at least one Rohingya Christian for filming the attack with a mobile phone, raising concern about the authorities’ willingness to investigate the situation.

A Rohingya refugee woman who witnessed the beating said, “[The security forces] yelled at him and asked him why he was taking pictures and videos of the scene.”

“If security forces beat a Rohingya for collecting video evidence, we have concerns about the seriousness of their investigation and their continued use of excessive force,” said Matthew Smith. “As part of an investigation, Bangladesh authorities should take appropriate measures against officers found to have beaten Rohingya bystanders. Dhaka should not tolerate excessive and unnecessary use of force against refugees.”

At least 20 Rohingya Christian families relocated to a U.N. refugee agency transit center near Kutupalong refugee camp after the attacks on January 26.

In March 2019, Rohingya Christians sent a petition to the U.N. High Commission for Refugees (UNHCR)—the U.N. agency mandated to protect refugees—seeking  protection by the agency. Part of the petition on file with Fortify Rights cited attacks during a prayer meeting:

Rohingya Christians complained about the slow response from the Bangladeshi authorities and the U.N. For example, a Rohingya refugee told Fortify Rights: “We called the CiC [Camp-in-Charge] and UNHCR, but nothing improved.”

In February 2020, Fortify Rights raised with senior U.N. officials in Bangladesh concern about the risks facing Rohingya Christians in the camps.

Bangladeshi authorities worked with UNHCR to rebuild the makeshift camp shelters destroyed during the attack, according to media reports.

During her end-of-mission report on January 23, the U.N. Special Rapporteur on the situation of human rights in Myanmar Yanghee Lee raised concerns about the situation of Rohingya Christians, saying:

There are an estimated 1.1 million Rohingya refugees in Bangladesh and at least several hundred are Rohingya Christians.

The Government of Bangladesh and the U.N. should take urgent measures to improve protections for Rohingya Christians living in the refugee camps in Cox’s Bazar District, said Fortify Rights.

Bangladesh must investigate the abduction of Taher and his daughter, bring the perpetrators to account, ensure relatives are informed of the investigation, and provide reparations for harm suffered.

“All of us, including all Rohingya, the authorities, and relevant organizations have a role to play to promote and protect human rights, including the right to freedom of religion,” said Matthew Smith. “Perpetrators of these crimes should be held accountable.”