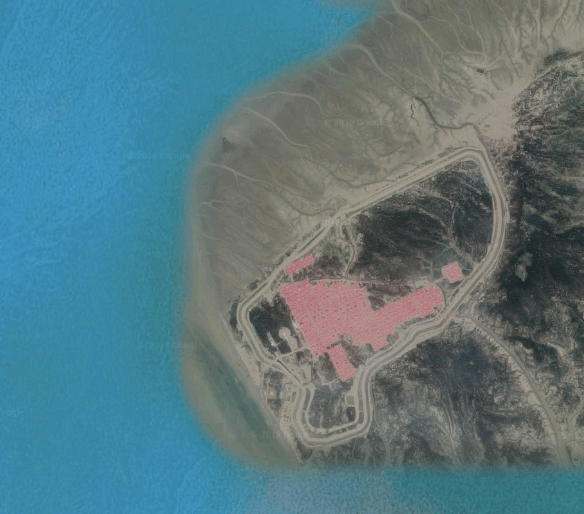 Testimonies indicate relocations slated for next month would be involuntary

(BANGKOK, October 25, 2019)—The Government of Bangladesh should immediately halt plans to relocate Rohingya refugees from camps in Cox’s Bazar to Bhasan Char, an isolated and flood-prone island in the Bay of Bengal, Fortify Rights said today. On October 20, Bangladeshi officials announced plans to begin relocating refugees in early November.

Fortify Rights interviewed 14 Rohingya from three different refugee camps in Bangladesh, including Rohingya identified on lists of people slated for imminent relocation to Bhasan Char. None of those on the lists for relocation interviewed by Fortify Rights had been consulted about the plan and all opposed it.

“The island is not a sustainable solution for refugees and no one knows that better than the Rohingya themselves,” said Matthew Smith, Chief Executive Officer at Fortify Rights. “Threats of forced relocation cause unnecessary harm to refugee families already struggling to survive. Bangladesh authorities should engage in meaningful consultations with Rohingya and identify options to ensure rights and protection.”

On October 20, the Refugee Relief and Repatriation Commissioner (RRRC) Mahbub Alam Talukder told Reuters that officials in the camps are “compiling the lists of the refugees who are willing to move [to Bhasan Char].”

The Disaster Management and Relief Minister Dr. Md. Enamur Rahman, who oversees the RRRC, confirmed support for the plan, telling media outlets on October 21, “If everything goes as planned, by the first week of November we will start relocating the first batch of the 350 families.”

Last week, Camp-in-Charge (CiC) officials, operating under the authority of the RRRC to oversee the administration of the Rohingya refugee camps in Cox’s Bazar District, called on unelected Rohingya camp leaders, known as Majhi, to identify Rohingya refugee families to participate in the relocation process.Explaining the process, a Rohingya aid worker in the refugee camps told Fortify Rights, “The Majhi are being pressured to make the list for the CiC . . . It’s not a voluntary process from what we see here.”

Fortify Rights obtained a copy of a list prepared by the CiC and Majhis, which identified more than 70 Rohingya families to be relocated to Bhasan Char. A 25-year-old Rohingya woman on the list told Fortify Rights: “If the Bangladesh government forces me to go to the island, I will commit suicide by drinking poison here in the camp. I will not go there . . . No one told me I was on the list.”Fortify Rights interviewed 14 Rohingya from three different camps, including four women, two Majhis, and a Rohingya aid worker, about the government’s plans to relocate Rohingya refugees to Bhasan Char and the recent exercise in camps to identify Rohingya families to relocate. None of the refugees interviewed who were named on the list had been consulted about the process or agreed to be included on the list, and none were willing to move to the island.

“I think it is our Majhi who put me on the list,” a 50-year-old Rohingya man told Fortify Rights. He continued:

Upon learning that his family was listed for relocation to Bashan Char, another Rohingya man originally from Maungdaw Township in Myanmar’s Rakhine State told Fortify Rights: “I wanted to cry loudly. One of the Majhis came to us and checked our ID cards, and there my ID number matched with the name listed. He took us aside and told us we must to go the island.”

A 35-year-old Rohingya woman originally from Rathedaung Township in Myanmar told Fortify Rights that a Majhi informed her that she was on the list for relocation to Bhasan Char island. She said:

“In our camp, no family wants to move to the island,” a 32-year-old Majhi told Fortify Rights. “People are fearful of living on the island. They say it is a floating island.”

Located 21 miles from the mainland of Bangladesh, Bhasan Char emerged from the sea approximately 20 years ago and has remained uninhabited as a barren, flood-prone silt island until now.

In 2015, the Bangladesh government began developing Bhasan Char for the purposes of relocating more than 100,000 Rohingya refugees from the overcrowded camps in Cox’s Bazar District.

In a media interview with Deutsche Welle on October 21, Bangladesh’s Foreign Minister A. K. Abdul Momen described the island as “a well-built, beautiful island . . . If [the Rohingya] go there, they will have some economic activity . . . We have built houses . . . We have built cyclone shelters.”

According to Reuters, British engineering and environmental hydraulics company HR Wallingford and Chinese firm Sinohydro supported the design and construction of infrastructure on the island. A Bangladesh government promotional video about preparations on the island depicts the development of multi-family, concrete barracks to accommodate between 60 to 90 people per housing structure on the island.

Following a visit to the island in January 2019, U.N. Special Rapporteur on the situation of human rights in Myanmar Yanghee Lee said, “There are a number of things that remain unknown to me even following my visit, chief among them being whether the island is truly habitable . . . Ill-planned relocation, and relocations without the consent of the refugees concerned, have the potential to create a new crisis.”

While the government of Bangladesh is not a party to the 1951 Refugee Convention or its 1967 Protocol, all states are obligated to uphold the principle of non-refoulement under customary international law. The principle of non-refoulement prohibits states from returning any person on its territory or under its jurisdiction to a country where they may face persecution.

Article 3 of the U.N. Convention against Torture and Other Cruel, Inhuman or Degrading Treatment or Punishment, to which Bangladesh is a state party, further states: “No State Party shall expel, return (‘refoule’) or extradite a person to another State where there are substantial grounds for believing that he [or she] would be in danger of being subjected to torture.”

In July 2018, Fortify Rights published a 160-page report, “They Gave Them Long Swords,” detailing how Myanmar authorities made “extensive and systematic preparations” for attacks against Rohingya civilians in 2017 that constituted genocide and crimes against humanity. Fortify Rights named 22 military and police officials who should be investigated and possibly prosecuted for genocide and crimes against humanity. In September 2019, Fortify Rights published a 102-page report, “Tools of Genocide,” revealing how Myanmar authorities forced and coerced Rohingya to accept National Verification Cards (NVCs), which effectively identify Rohingya as “foreigners” and strip them of access to full citizenship rights.

Bangladesh should protect Rohingya refugees from forced relocations or forced returns to Myanmar and continue to support international efforts to hold perpetrators in Myanmar accountable for atrocity crimes against Rohingya, Fortify Rights said.

“Bangladesh and donor governments should prioritize rights-respecting mid-term solutions for Rohingya refugees, including access to formal education and freedom of movement,” said Matthew Smith. “Dhaka should also continue to push for justice for survivors of atrocities.”