Bangladesh: Encourage ICC Investigation and Prosecution of Crimes Against Rohingya 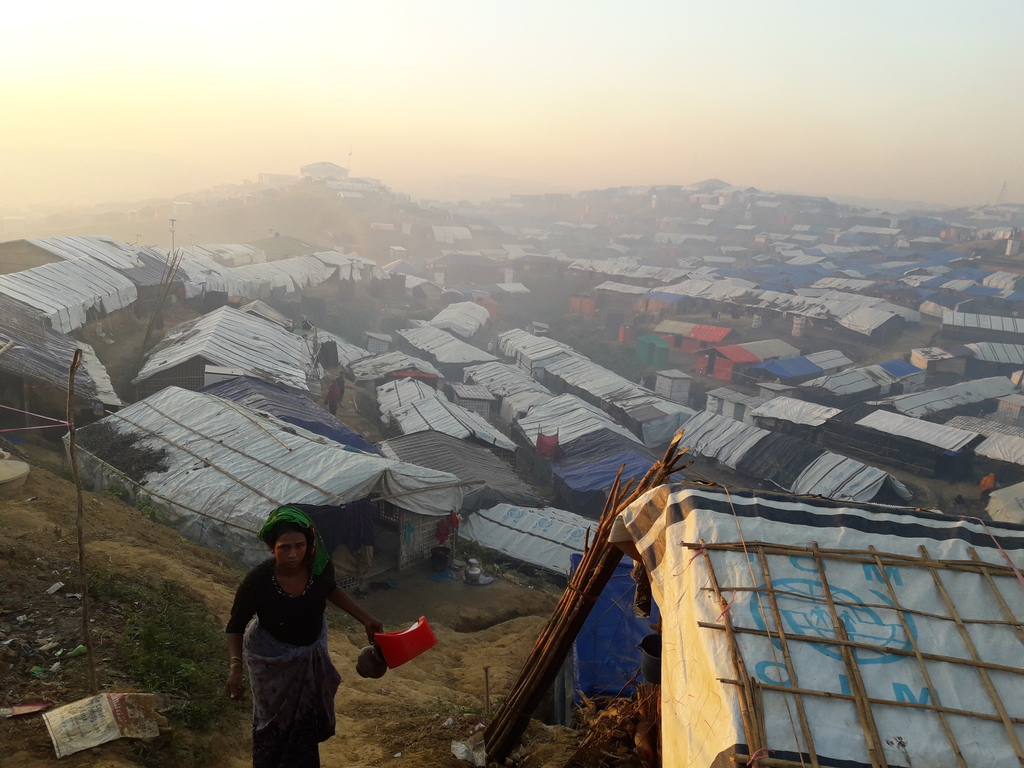 (NEW YORK and YANGON, May 9, 2018)—The Government of Bangladesh should encourage the International Criminal Court (ICC) to exercise jurisdiction to investigate and prosecute the international crime of deportation of Rohingya Muslims, Fortify Rights said today.

“We strongly support this and other proactive steps to hold the Myanmar military accountable for international crimes against Rohingya,” said Matthew Smith, Chief Executive Officer of Fortify Rights. “The Bangladesh government should do everything in its power to cooperate and seek justice for the human rights violations against Rohingya.”

On May 7, the Pre-Trial Chamber invited Bangladesh authorities to submit observations on whether the court should exercise jurisdiction on “circumstances surrounding the presence of members of the Rohingya people from Myanmar on the territory of Bangladesh” and on the possibility of the Court to exercise territorial jurisdiction for the crime of deportation. Bangladesh has until June 11 to respond.

On April 9, the ICC Chief Prosecutor Fatou Bensouda filed a request on the question of whether the Court may exercise jurisdiction over the alleged deportation of the Rohingya people from Myanmar to Bangladesh as a possible crime against humanity. On April 11, the President of the Pre-Trial Division assigned the Prosecutor’s request to the Chamber.

Bangladesh is a member state to the ICC but Myanmar is not.

The Office of the Prosecutor cited reports by Fortify Rights, Human Rights Watch, and other public information that the crime of deportation had been committed against the Rohingya. Prosecutor Bensouda also cited U.N. Special Rapporteur on the situation of human rights in Myanmar Yanghee Lee, who said that the situation of the Rohingya bears “the hallmarks of genocide.”

“The ICC prosecutor Bensouda is correct in her assessment that this is not simply an abstract question of jurisdiction but a concrete step that could ultimately save lives,”  said Matthew Smith. “This is a historic moment for Bangladesh to demonstrate to the world that it believes the Rohingya deserve justice.”

The deportation of Rohingya from Myanmar has particularly affected Bangladesh. Since October 2016, the Myanmar authorities forced more than 775,000 Rohingya into Bangladesh, causing a humanitarian crisis. Myanmar Army-led attacks on Rohingya civilians were in response to violent assaults on security forces by the Arakan Rohingya Salvation Army in October 2016 and again in August 2017.

In addition to the crime of deportation, Fortify Rights and the United States Holocaust Memorial Museum published a report finding “mounting evidence” of the crime of genocide against Rohingya in Myanmar. The report was based on a yearlong investigation, including hundreds of interviews with Rohingya eyewitnesses and survivors of Myanmar Army-led massacres, mass gang-rapes, and arson attacks against Rohingya.

In Myanmar, the Government continues to confine more than 120,000 internally displaced Rohingya to more than 35 internment camps in eight townships of Rakhine State, depriving many of adequate humanitarian aid and lifesaving assistance. Rohingya throughout the country are also denied equal access to citizenship and face restrictions on their right to freedom of movement and other basic rights.

The Myanmar government claims that it has not deported any individuals and warned the ICC against overriding the “principle of national sovereignty and non-interference in the internal affairs of other states.”

From April 29 to May 1, a 15-member U.N. Security Council delegation visited Bangladesh and Myanmar to meet with Rohingya survivors of human rights violations as well as senior diplomats and government officials.

“The Security Council shouldn’t wait for a ruling to exercise their authority to refer the situation in Myanmar to the ICC,” Matthew Smith said. “A disturbing menu of crimes have been perpetrated against the Rohingya and require urgent attention.”